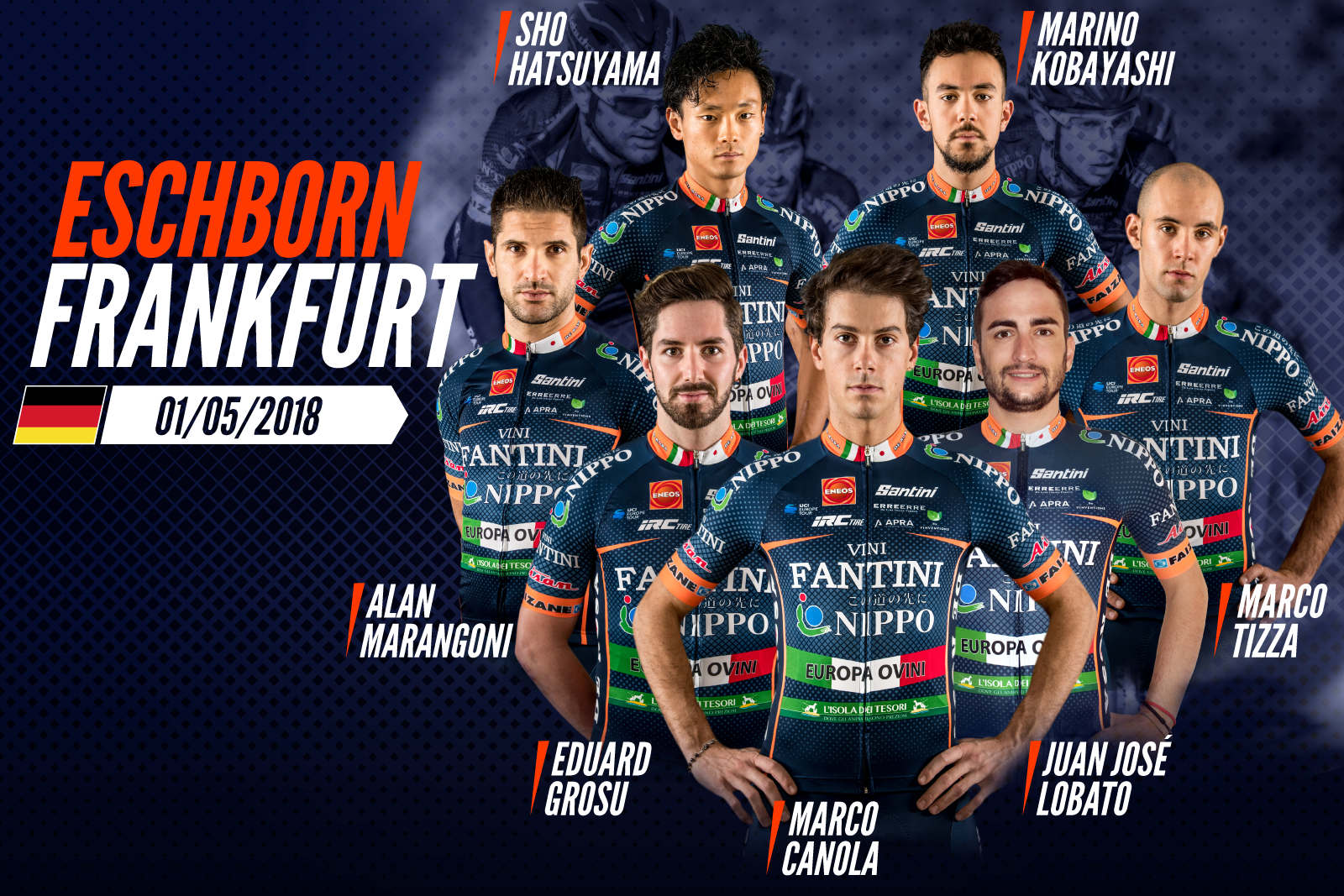 ESCHBORN FRANKFURT: THE RACE OF WORLD TOUR CATEGORY WILL BE THE NEXT ONE IN THE TEAM CALENDAR.

The 1st of May the NIPPO Vini Fantini Europa Ovini riders will start the important competition of the World Tour calendar. Meeting point in Frankfurt for Marco Canola and his teammates. With him on the starting line Eduard Grosu and Juan Josè Lobato coming from a great Tour of Croatia, together with Marco Tizza, Sho Hatsuyama, Alan Marangoni and Marino Kobayashi.

The Eschborn Frankfurt is the next race in the team calendar. The World Tour competition in which the NIPPO Vini Fantini Europa Ovini is the only Italian team, will be broadcasted live on Eurosport, the next 1st of May. Marco Canola will be the team leader, with Eduard Grosu coming from one victory and 2 podium in Tour of Croatia, where also Juan Josè Lobato, also at the start in Frankfurt, demonstrated is growing condition.

The Italian-Japanese team, after a full week of trainings and athletic test is ready to be back in competition in Germany.

Marco Canola, the leader of the team for the Eichborn Frankfurt, supported by a strongly motivated Eduard Grosu, coming from a victory and a double podium in the Tour of Croatia. Juan Josè Lobato, fifth in one stage, is also coming from a  good race in Croatia and together with Marco Tizza will be at the start of the race in Frankfurt. To complete the roster the important team-workers Sho Hatsuyama, Alan Marangoni and Marino Kobayashi. A well balanced roster, ready to be competitive looking forward to a race that fits with the team skills.

Valerio Tebaldi will be the Sports Director of the team in this very important race organized by ASO: “We are happy about this important invitation and we will race in the best way as possibile to honor this race. The race will not be easy, both for road and competitors, but we have 3 strong riders for the final such as Marco Canola, Eduard Grosu and Juan Josè Lobato. They will be supported by important teammates as Alan Marangoni, Sho Hatusyama, Marco Tizza and the young Marino Kobayashi.”

The Eschborn Frankfurt have a strong start list of World Tour teams, together with few Professional teams. Among them the NIPPO Vini Fantini Europa Ovini, the only Italian team in the race. 211km to ride, 5 Gpm, not so close to the finish-line.

All the cycling addicted would be able to follow the race live on Eurosport 2 since 2.00 pm, with expected arrival at 5.00 pm. of May 1st.