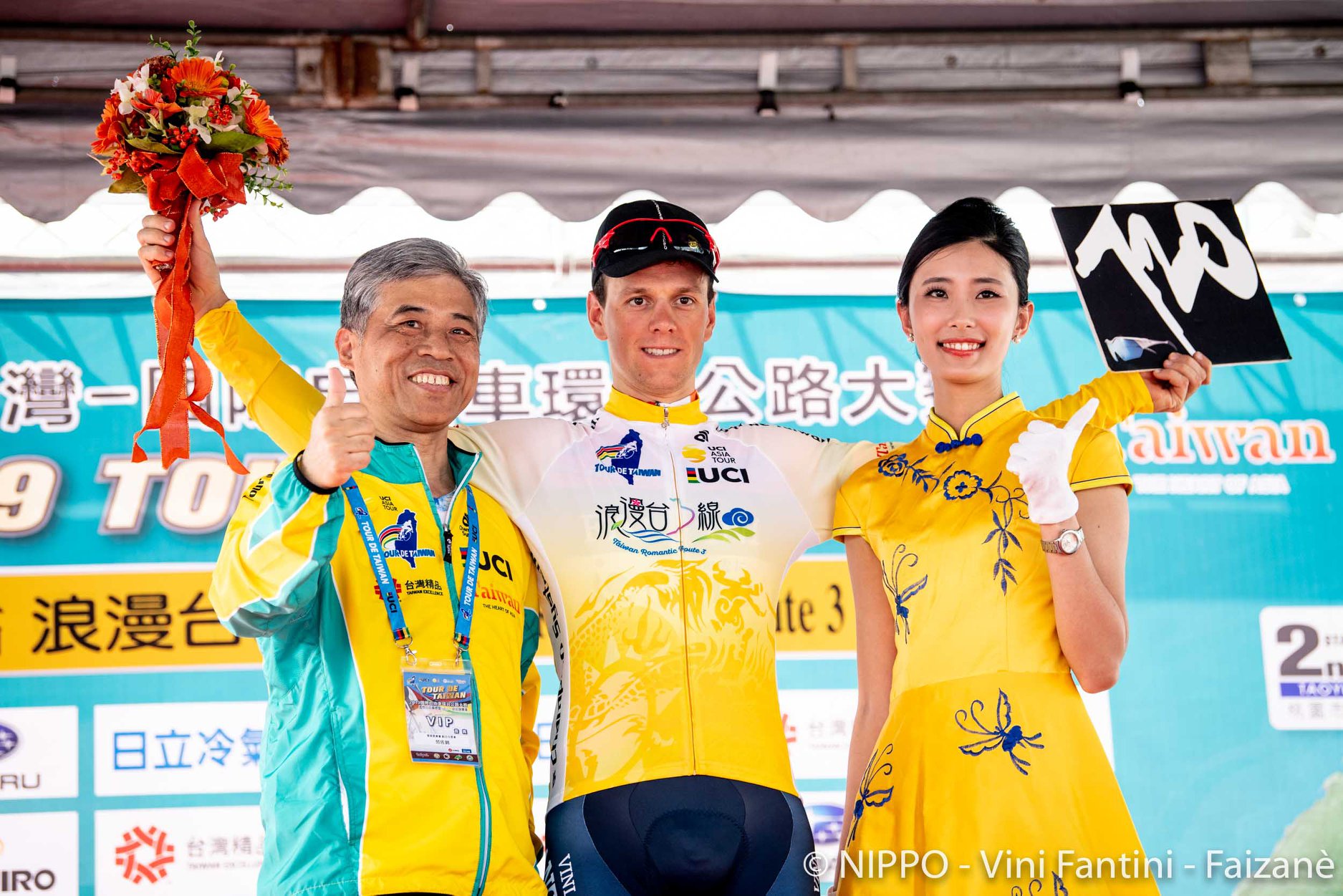 Third place in the third stage of the Tour de Taiwan and jersey of leader of the general classification achieved for the young sprinter #OrangeBlue in his first year among the professionals. Giovanni Lonardi, at his fifth podium of the season, will race the next races with the aim of achieving victory and honoring the yellow jersey.

Hsinchu  ›  Shigang, third stage.
Another podium for Giovanni Lonardi, the fifth of a first season among professionals started as a true protagonist. In the third stage of the Tour de Taiwan the Italian sprinter conquers the third position in the sprint, which earned him the yellow jersey of leader of the general ranking of the Tour.

The determination and desire to win of the young #OrangeBlue were the decisive aspects that led him to dress, in a not easy day for the sprinters and made even more difficult by the heat, for the first time in his career the jersey of Leader in a stage race.

After having held the lead of the race for the entire third stage of the Tour de Taiwan, characterized by an important roughness in the middle of the path, he manages to achieve an important third place in the final sprint.

THE WORDS OF THE PROTAGONIST

“I am a little regret for the win, but I’m really happy to wear the leader’s jersey for a stage race for the first time in my career.” These are the words with which Giovanni Lonardi comments on the end of the third stage of the Tour de Taiwan. “Today was not an easy day, given the route and the warmth of this race. I thank the team that is supporting me best to be able to play the victory on each day. Dressing in the yellow leader jersey is an emotion that I had not yet experienced but that makes me proud of what I’m doing. Tomorrow will be a hard stage, but I will run as a leader and I will try to do my best to be able to hold the leadership”.

Tomorrow the #OrangeBlue team will be engaged in the penultimate stage of the tour of Taiwan, where climbers Hideto Nakane, Masakazu Ito and Ruben Acosta will be able to become protagonists.

For the sprinters there will still be a great opportunity in the last part of the tour, on the final finish line of Pingtung.