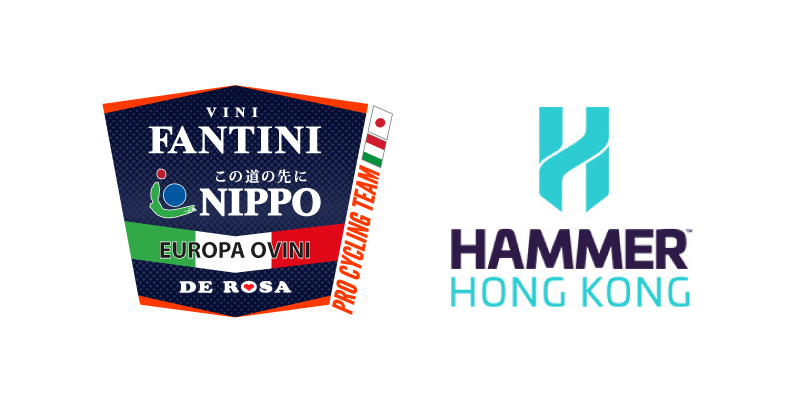 HAMMER HONG KONG: NIPPO VINI FANTINI EUROPA OVINI WILL BE THE ONLY ITALIAN TEAM IN THE FINAL RACE OF HAMMER SERIES.

The format of the final event which will decide who will be crowned Hammer Series 2018 champions has been revealed – two back-to-back races taking place against the spectacular setting of Victoria Harbour in Hong Kong. THE NIPPO Vini Fantini team will be the only Italian team in race and it is at the moment the best Professional Team Worldwide in the general ranking.

More of the world’s top professional cyclists than ever before will take to the streets of Hong Kong on #ShowdownSunday, October 14, to fight it out in a Hammer Sprint and Hammer Chase to win Hammer Hong Kong. After winning Hammer Stavanger and coming second in Hammer Limburg earlier this year, Mitchelton-SCOTT go to Hong Kong on top of the leader board with 181 points. Quick-Step Floors lie in second place on 153 and BMC Racing Team are third on 109. With the actual top10 the NIPPO Vini Fantini Europa Ovini is the best Professional team in race, in front of some great World Tour teams.

Graham Bartlett, Chief Executive, Velon, said: “We’re so excited to bring the Series finale of Hammer to Hong Kong. The teams will be racing all out to win the Series and Hammer Hong Kong will be a fantastic place to crown the winning team.”

Dr Peter Lam, Chairman of the Hong Kong Tourism Board, said: “We are delighted to welcome the Hammer Series to Asia for the first time and to hold the Series finale in Hong Kong, which reinforces the city’s position as the Events Capital of Asia.”

“Top professional teams from around the world will gather in Hong Kong for Hammer Hong Kong forming part of the 2018 Sun Hung Kai Properties Hong Kong Cyclothon, to compete for glory against the backdrop of our famous Victoria Harbour. Bringing the Hammer Series to Hong Kong will not only allow visitors and locals to experience up close one of the best cycling tournaments in the world, but also showcase the dynamism of our city through global media coverage of the event.”

Hammer Hong Kong will be streamed live and free to watch on hammerseries.com and the Hammer Series social media channels.

Video streams and clips from Hammer Stavanger and Hammer Limburg had more than seven million views, underlining the worldwide interest and popularity of the Hammer Series format, which is shorter and punchier than other races and is all about the team, not individual riders.

With three races in 2018, the aim is to increase the Hammer Series to between four and six races in 2019. Longer term, the goal is to grow the Hammer Series into a global series of 10 city hub-based races that builds upon the appeal of premium professional cycling and serves as a communications platform for host cities to promote and demonstrate initiatives in active lifestyle, mobility and sports tourism.