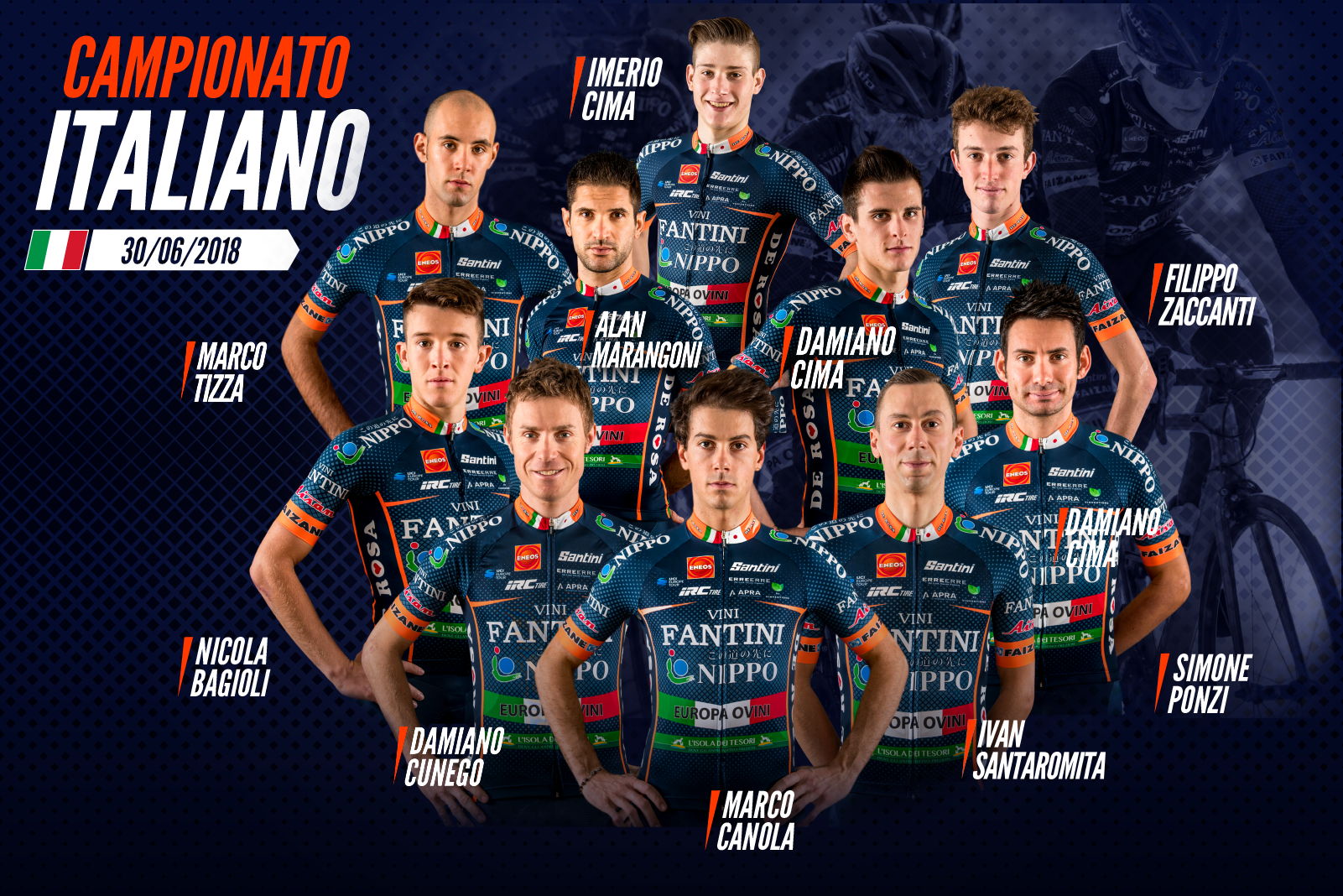 10 riders, 1 Champion closing his career, many young talents and a new leader looking for the victory, this is the #OrangeBlue line-up in the final race of Damiano Cunego. He will ride is final race this Saturday 30th of June in the occasion of the Italian Championship and he will close his career with 49 victories, among them 1 Giro d’Italia, 3 Il Lombardia, 1 Amstel Gold Race.

Saturday, June 30th, save the date because in some way it is already a milestone of history. The Italian road championships 2018 will be the last act of a great champion, able to write wonderful cycling pages in the last 15 years.

The last professional race of Damiano Cunego is coming soon. 19 years after winning the Juniores World Championship. Since then, the Italian and international fans have been knowing the man and the athlete, able to win 49 victories, many incredibles actions and also the big hearth of this rider. So as to deserve the nickname of “Little Prince”, created for him by Pier Augusto Stagi, but so appropriate to connote it internationally in all these years.

10 #OrangeBlue at the start. Together with a champions at his final race, many new young emerging talents. For some of them it will be their first Italian championship, to pursue the dream of the Tricolore. Among them Filippo Zaccanti, the young climber born in 1995 has been wearing for 3 stages the Best Climber jersey in the Tour de Suisse. Among them also Imerio and Damiano Cima, while Nicola Bagioli will be at his second participation to the PRO Italian Championship. After winning the green jersey of Tirreno-Adriatico he is one of the fast growing talents of the team.

A champion, many young talents, but also a strong line-up to compete for the final victory. The leader will be Marco Canola that has been preparing very well this race. With him Ivan Santaromita, former Italian Champion in 2013. Simone Ponzi and Marco Tizza will be very important riders for the final, while Alan Marangoni with his experience can help the team during the race.

Even Damiano Cunego in today interview on “Gazzetta dello Sport” speaks about him. Marco Canola is the leader of the team in this season and in special way for the Italian Championship. The confirm comes from the words of the Sports Director Mario Manzoni: “The race will be fast but also not so easy. The team comes from a very good condition and the roads fits with the skills of our leaders, first of all, Marco Canola. But also Ivan Santaromita and Nicola Bagioli could have good chances for the final. Also Marco Tizza demonstrated a good condition in Adriatica-Ionica. we will have also important team-workers such as Simone Ponzi, Damiano Cima and Alan Marangoni. The temperature and the long way to ride will make the difference in the final.”

The Italian Championship 2018 will leave less space for climbers in respect to the 2017, with more space for fast riders and finisseur, even if the Erbanno Climb is not so long but with a maximum of 17% to climb. Different kind of actions are possibile, to not miss it, the live broadcast will start at 2.30 pm on Raisport.