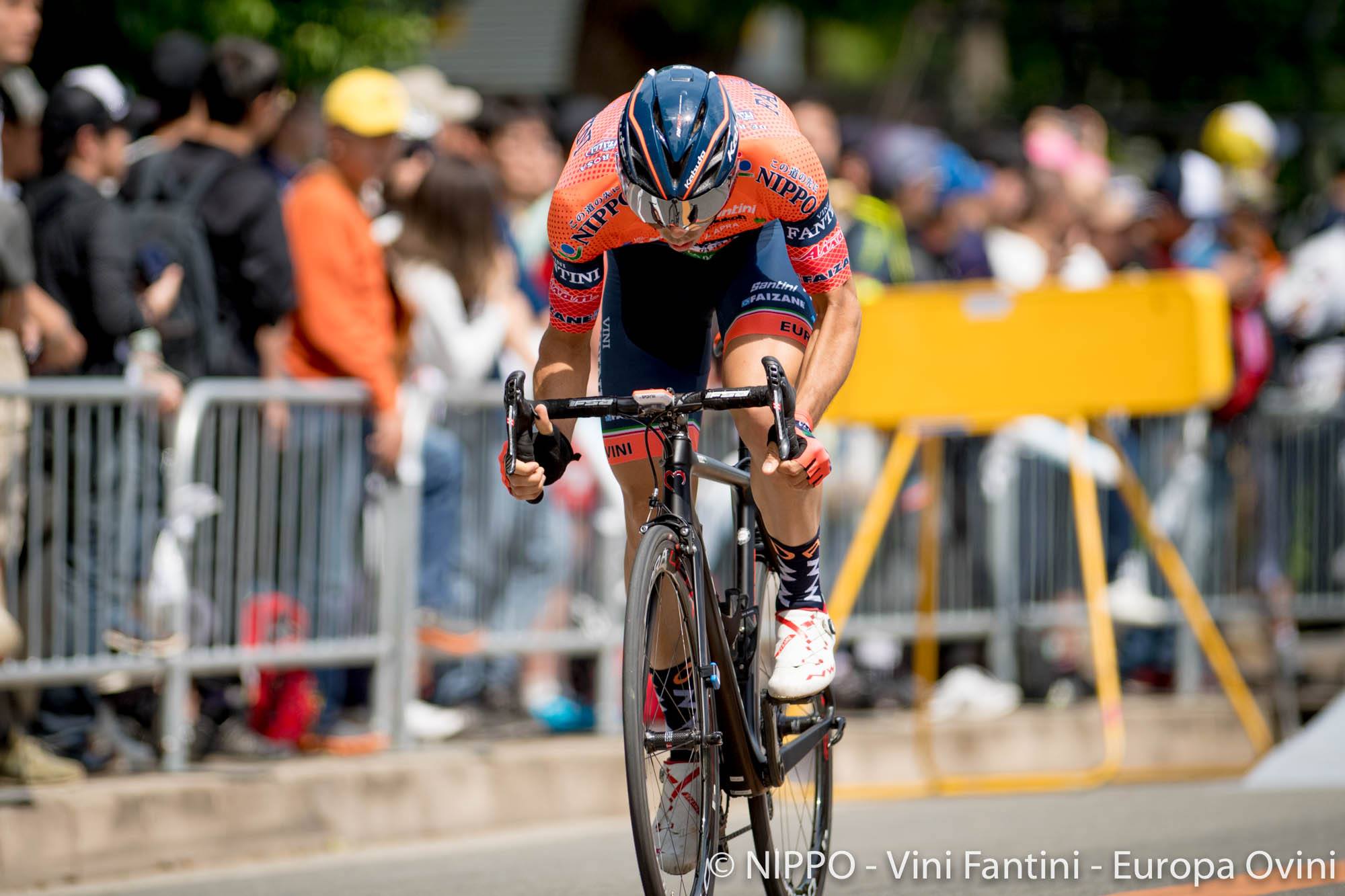 Marco Canola close to the victory. The #OrangeBlue leader achieved the second place in the inaugural stage of the Tour of Japan 2018. In the individual prologue that marks the beginning of the Japanese race, the team leader #OrangeBlue, winner last year of 3 stages at TOJ, ends in second position just one second away from the winner of the day. In good physical condition, the captain of the NIPPO Vini Fantini Europa Ovini team will try to become a protagonist also in this edition, aiming for success in the Kyoto second stage, scheduled for tomorrow.

Start with the second place of Marco Canola the Tour of Japan 2018, the most prestigious race of the Asian continent and one of the most important seasonal events of the Italian-Japanese Team. In Sakai’s usual prologue, the #OrangeBlue Leader, winner of 3 stages and of the points jersey in the last edition, achieved the second position just one second away from the winner of the day. Success only touched on for Marco Canola, but that once again testifies the particular feeling that the rider has with this race and that motivates him to get the best result in the next stages.

THE STAGE AND THE PROTAGONIST

Is the 2.600 meters individual prologue in the city of Sakai that marks the official start of the 2018 Tour of Japan. A fast and technical stage that can not be distracted. The #OrangeBlue Marco Canola, protagonist in the last edition and one of the most expected riders in this one, stops the clock at 3’13 “, finishing second in just one second away from the winner Iann Bibby.

With these words the team leader Marco Canola comments the stage just ended and his physical condition: “A very fast prologue of only 2.600 meters but very technical. It was essential to pay the attention to every single corner because the victory was played on hundredths of a second. The final classification testifies: in 2 seconds the first 10 riders are enclosed. I feel in a good physical condition and I will try to be great protagonist also in this edition. I will be aiming for victory from the stage of tomorrow in Kyoto, the city where I won in the last edition “.

Tomorrow the #OrangeBlue team will be engaged in the second stage of the Tour of Japan 2018, which will take place in the city of Kyoto on a route of 105 total kilometres.