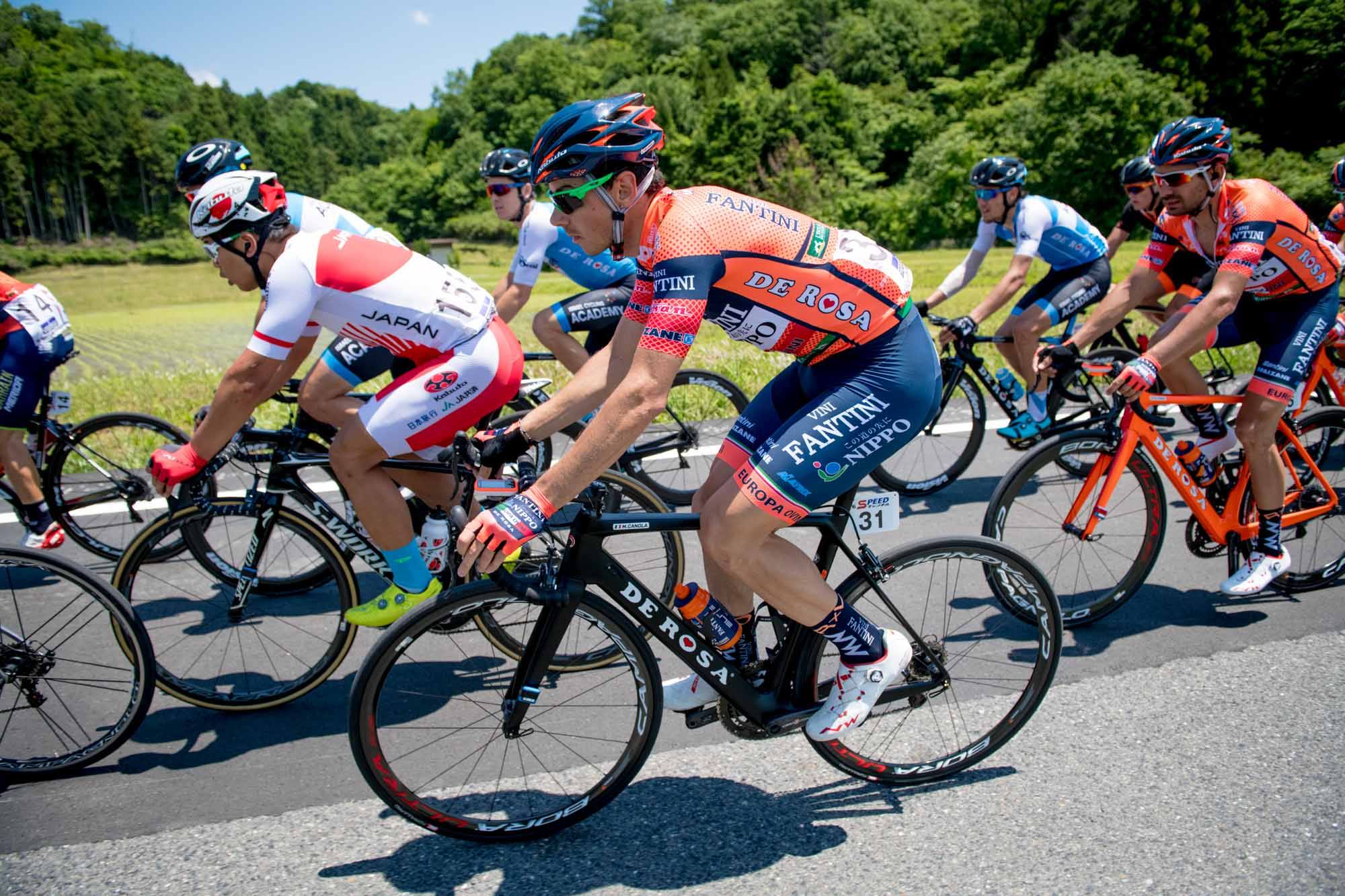 Another podium for the #OrangeBlue Marco Canola at the end of the third stage of the Tour of Japan 2018. After the 2nd place in the inaugural chrono-prologue and after the 3rd place achieved in the second stage in Kyoto, the leader of the Italian-Japanese team achieved the second position in the Inabe stage at the end of the decisive sprint, keeping the second position in the general ranking. In the Top 10 of the day the Japanese Hideto Nakane, who reaches the 9th place in today’s race and that arrives in the Top 10 of the general ranking.

Another podium for Marco Canola at the Tour of Japan 2018, the third one won in the 3 days of competition in Japan. In the Inabe race, the #OrangeBlue leader achieved the second place at the end of a race decided by the final sprint and consolidated his 2nd place in the general ranking just 5 second from the leader Grega Bole.

In the Top 10 of the day the japanese leader Hideto Nakane who, after doing the best job for his teammate, reached the 9th position and comes in the Top10 of the general ranking.

THE STAGE AND THE PROTAGONIST

In a 14km circuit in the city of Inabe, to be covered 8 times and with a uphill finish, took place the third stage of the 2018 Tour of Japan. The race was controlled from the first kilometers from Bahrain Merida team, the team of the leader of the general ranking. During the 2 final laps this team did the action that will decide the result of the day’s ranking, taking an advantage from the rest of the group. The #OrangeBlue leader Marco Canola, thanks to the excellent work done by the Japanese riders Sho Hatsuyama, Masakazu Ito and Hideto Nakane, manages to get back in good position for the final sprint. At less than 300 meters is the leader of the team NIPPO Vini Fantini Europa Ovinito anticipate the final sprint but, exceeded in the last meters by Grega Bole, will cut the finish line in second place. Second place that is also consolidated in the general ranking for the #OrangeBlue rider.

With these words Marco Canola comments the race just ended: “We worked as a team today. It was not easy to close on the action of Bahrain Merida but we managed to do it. On the final meters I started a little before and I was surprised in the decisive meters by Grega Bole. The physical condition is growing day by day and I am sure that continuing in this way the victory will come. Maybe already in the next stage “.

Tomorrow the #OrangeBlue team will have another chance to confirm themselves as protagonists of this edition of the Tour of Japan and look for the stage victory in the city of Mino, at the end of a total route of 139.4km.