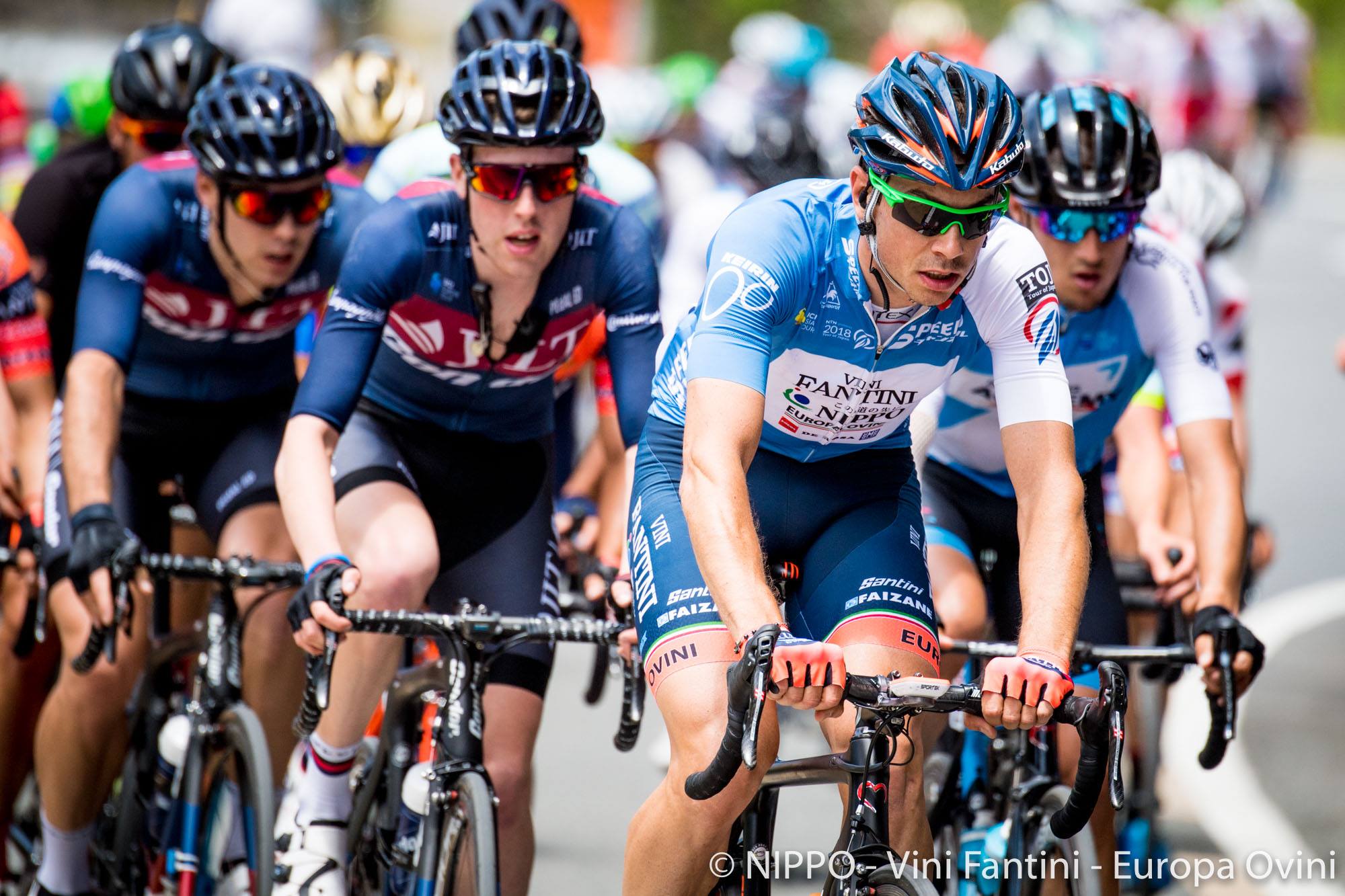 After the 2nd place in the time-trial prologue, another podium today with the 3rd place in the first stage for Marco Canola that declared “I feel good, we will battle for the victory in the upcoming stages.” In today top10 also Simone Ponzi.

Marco Canola is again on the podium, the third seasonal podium of the #OrangeBlue leader, the second one in Japan. After going close to the success in the time trial prologue, today another podium in the first stage of the Tour of Japan.

A placement arrived at the end of a nervous stage, with a breakaway caught by the group only at the end with the collaboration between team NIPPO and team Ukyo, with the other teams waiting. The winner of today is the Japanese rider Takeaki Amezawa with a good action that anticipated the final sprint. Second place for Grega Bole that almost catch the winner and third place for Marco Canola of the NIPPO Vini Fantini Europa Ovini team.

The #OrangeBlue leader comments with these words: “Today not a typical sprint and arrival, everyone was looking and waiting for us. In the final I tried to come back from behind after the good action of the Japanese rider, but I reached the third place. For sure the condition is good and we will try to improve our results, from podium to victory.”

In the top10 of the day also Simone Ponzi, that after working for his teammates reached the final 8° place of the day. The Tour of Japan is just at the beginning, other 6 stages to go, with many other possibilities for the team riders, starting from tomorrow stage of 127km, with finish-line in Inabe.