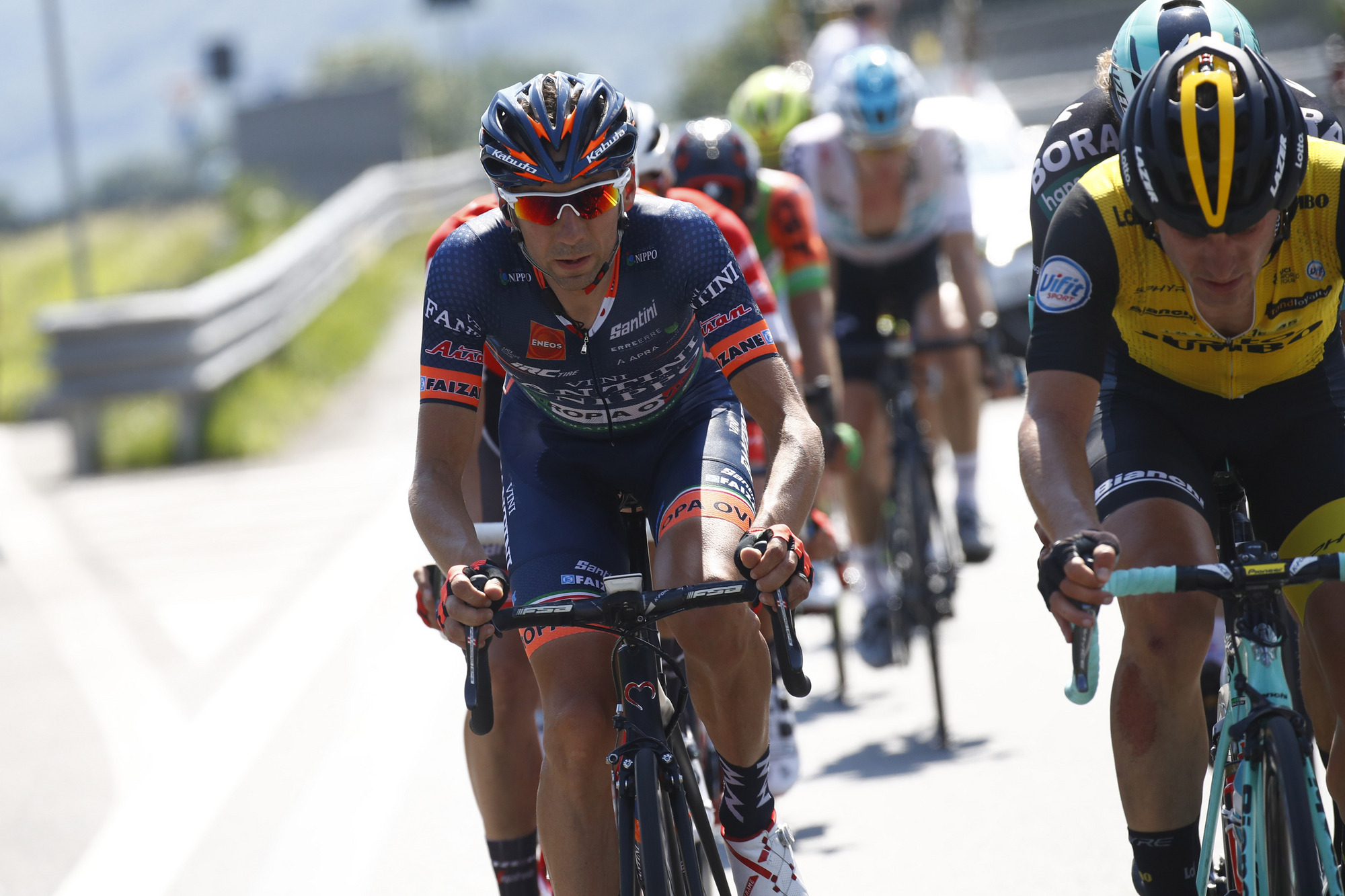 The athletes of NIPPO Vini Fantini Europa Ovini in the battle for the National Championship have been very active until the end. In the strong action composed at first by 8 then by 16 riders Ivan Santaromita and later Marco Canola are able to be in. The race exploded just before the last ascent and the 2013 Italian Champion arrived very close to the podium, just behind Elia Viviani and the Bahrain duo. 6th place for Marco Canola.

The 2013 Italian Champion Ivan Santaromita tries again and stops just under the podium, behind a World Tour trio of very high level. In the heart of the race also the Vicentino Marco Canola who  comes back with a great forcing in the final arriving with a final 6th place on the finish-line. The action of Elia Viviani was decisive and he anticipated the ascent and then held the wheel of Pozzovivo in the strongest part of the climb and beaten line the re-entering Visconti in the final sprint. The young Italian talents of the NIPPO Vini Fantini team made also a good race helping their team leaders in the central part of the race.

238km of competition, with very high temperatures. From the first km of the race characterized by a run of 4 riders controlled by the group up to just over 50 km from the finish line where the race explodes. A first action composed by a group of ten riders including Ivan Santaromita very active in the action. Several groups are launched in pursuit and then 10 other riders comes back, including Elia Viviani, Giovanni Visconti and Marco Canola. After a series of short breakaways and single actions, the decisive action is launched by Elia Viviani at the foot of the last climb. In the final km Ivan Santaromita try to arrive on the trio formed in the head but can not for a few meters closing at the foot of a podium all World Tour. Also behind them Marco Canola who finishes with an excellent sixth place completing a top10 double top level composed all from World Tour runners.