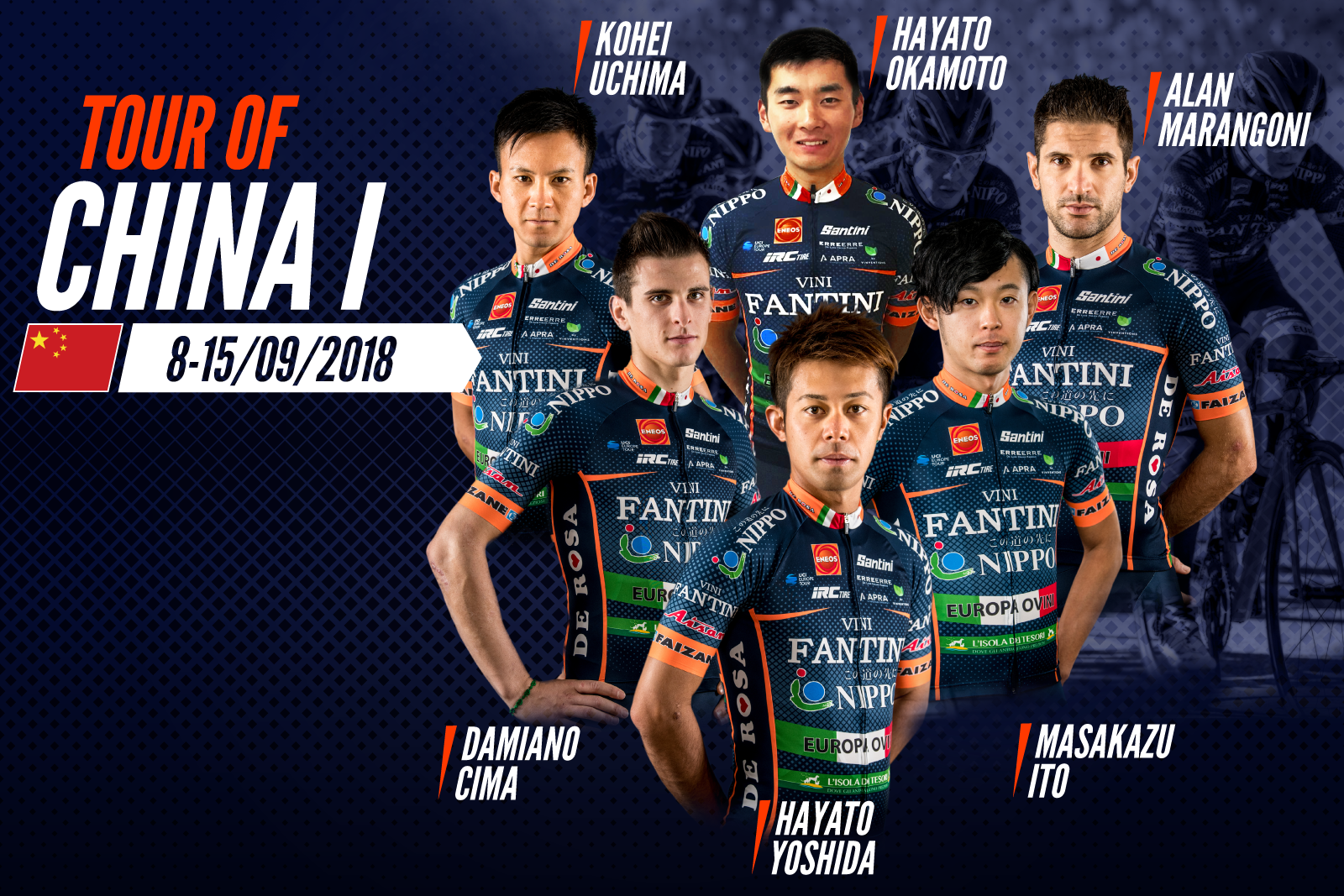 NIPPO VINI FANTINI EUROPA OVINI: READY TO RIDE THE TOUR OF CHINA I.

6 riders are ready to ride the first 8 stages of the Tour of China I. After the success reached by Damiano Cima in the general ranking of the Tour of Xingtai the team is strongly motivated to keep on in the second Chinese competition of this month.

Tour of China I.

For the first Tour 6 riders have been selected at the start for the NIPPO Vini Fantini Europa Ovini that will see Masakazu Ito as top climber, and Hayato Yoshida, Hayato Okamoto and Damiano Cima as sprinters. The team-workers Alan Marangoni and Kohei Uchima will complete the team line-up.

In the team car the Sports Director will be Shinichi Fukushima, that after leading the team to the Tour of Xingtai is motivated to continue on the road taken: “We expect a good race, very intense that will divide between stage successes and general ranking battle. The final ranking could be decided in large part in the second stage of the mountain where Masakazu Ito will be our leader. Damiano Cima has a good condition and the enthusiasm for the victory just achieved, we will try to make the best to value his characteristics, but for sprints are also growing a lot Okamoto and Yoshida, who with the support and experience of Alan Marangoni will be able to do very well. Kohei Uchima will be precious in every stage of the race and for some possible attack. We will try to be competitive both for the stages and for the general ranking.”

CANCELED THE TOUR OF HOKKAIDO.

On Friday September 7th the Tour de Hokkaido was due to be canceled due to the strong earthquake of magnitude 6.6. that hit the Japanese Island. Athletes and staff #OrangeBlue on the island are all fine, fortunately finding themselves at “safe distance” from the epicenter. The thought and the support of the team goes to all the Japanese population affected by this tragedy.