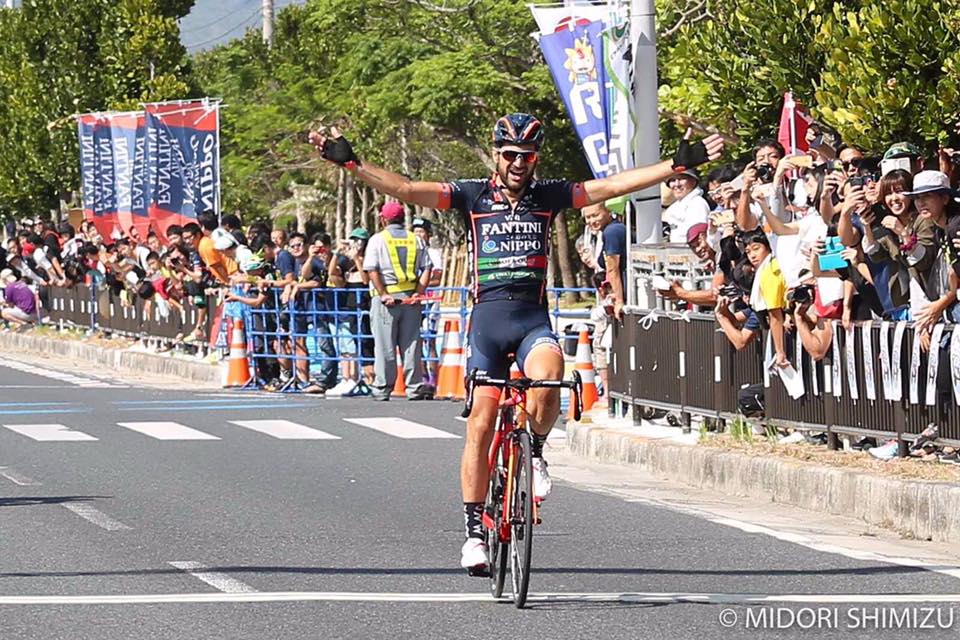 Alan Marangoni triumphs at the Tour de Okinawa, in the last race as a professional and reaching that goal he had always chased.

After 11 years of great cycling, 2 of which ride with the NIPPO Vini Fantini Europa Ovini team jersey, he ends his career with a victory that is the result of the sacrifice, determination and professionalism that have always distinguished him.

“I believed that certain endings existed only in fairy tales, instead … Without words, only emotions inside my heart.”

A sporting tale to be such needs an ending that leaves you speechless. Alan Marangonibuilt the final day after day and today, at the last professional race of his career, he showed it. The team man of the #OrangeBlue team, today as leader, conquers his first professional victory at the Tour de Okinawa, after a race as a protagonist and with a final full of attacks and attacks.

The season of NIPPO Vini Fantini Europa Ovini closes in the best possible way with the eleventh seasonal success.

In the race during the final season there are always motivations to make the difference and today, Alan Marangoni had many motivations. It can be understood from the first kilometers of the race, when, after 30km from the start, the #OrangeBlue rider fits into the decisive breakaway of the day. All the main teams are represented by this group of 11 riders, who earns up to 8 minutes ahead of their direct chasers. The high rhythm and a very hard and demanding path can make selection on the fugitives. At less than 10km from the finish line only 4 athletes, including Alan Marangoni, ride for the final victory. The first to attack on the last climb is the Taiwanese Chun Kai Feng (Bahrain Merida) who tries to stretch without getting the desired result. Taken back from the rest of the fugitives at less than 4km from the final goal, was the time of the decisive counterattack that determines the final result of the race. Alan Marangoni removes the cloak of the Team Man with honor throughout his career, to wear that of the winner and, after having made the gap between himself and the other pursuers, go to cut the finish line of Okinawa first. A victory obtained with grit, professionalism and a motivation that today could only be far superior to all others.
THE PROTAGONIST

“It was the perfect day I have always looked for in my career and I found it today”. With these words full of emotions Alan Marangoni comments the victory just reached in Japan during the last race of his immense career. “I took the risk of attacking in the last kilometers because I wanted to play all the cards to reach this goal, chased several times during my career. Cutting the final line first and winning on a day that was already special for me, was an emotion of an indescribable power. It was a month of sacrifice far from home, but I wanted to close in the best way my career. A fairytale ending that I have dreamed of many times and that today has become a reality.

I wanted to thank my teammates and all the staff who supported me in this final season and that allowed me to reach this goal. Now it’s time to come back, because a new adventure awaits me in a world, that of cycling, which I feel like never before. “