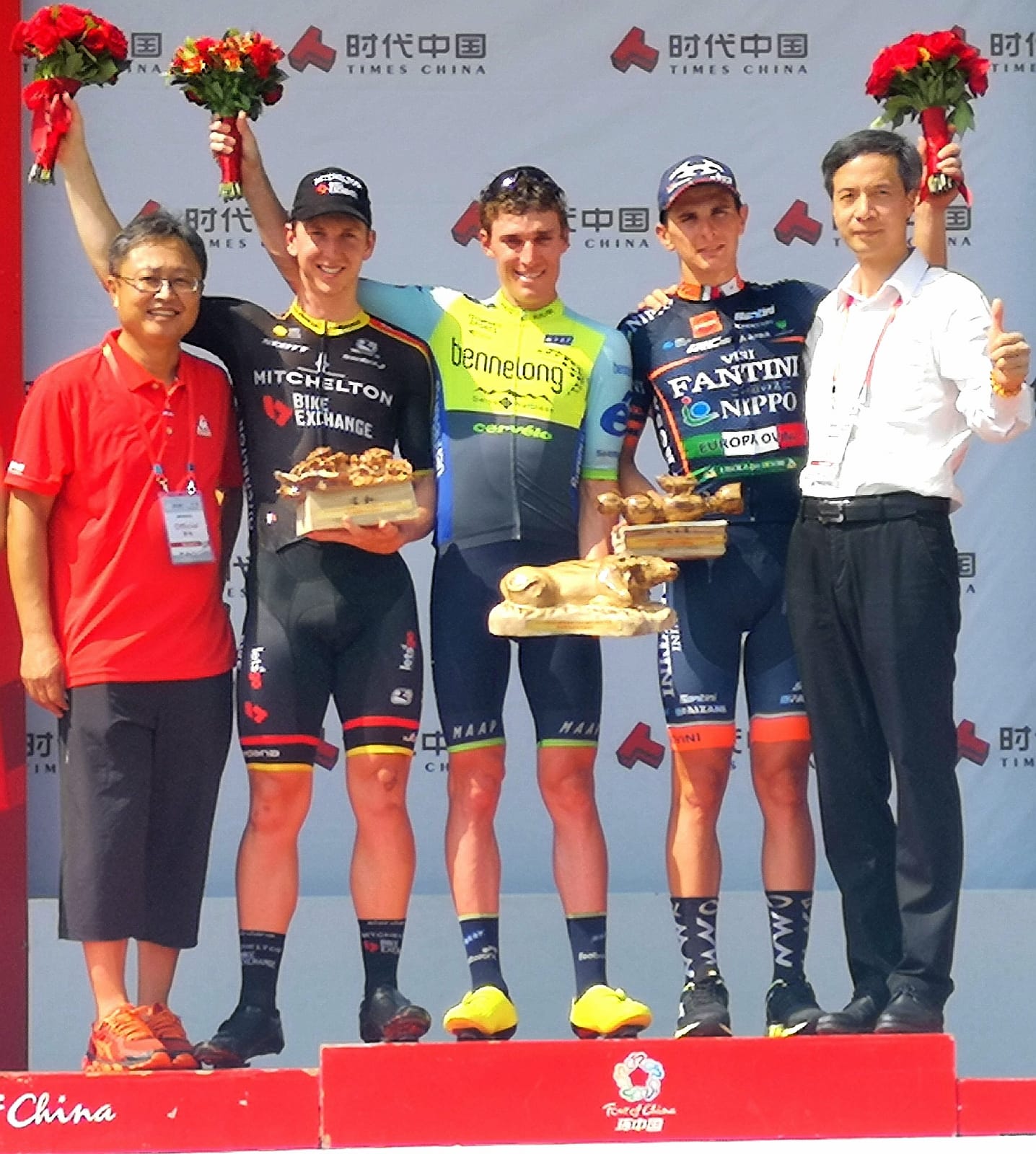 NIPPO VINI FANTINI EUROPA OVINI: ANOTHER PODIUM FOR DAMIANO CIMA IN THE TOUR OF CHINA. HIDETO NAKANE SELECTED FOR THE INNSBRUCK WORLD CHAMPIONSHIP TO REPRESENT JAPAN.

The second part of the Tour of China (called Tour of China II) once again have Damiano Cima among the protagonists. The young #OrangeBlue is the best Italian on the finish line, for him 3rd place of the stage. Good news also from Japan, with Hideto Nakane selected for the World Championships in Innsbruck, where Japan, having only one place available, has decided to select the climber of NIPPO Vini Fantini Europa Ovini, now in race at the Giro della Toscana.

Second standard stage, after the initial  time trial prologue, of the second part of the long Tour of China. An “animated” final sprint, at the end of a fast stage of about 128 km with arrival and departure from Qingyuan Fogang. Stage characterized by a breakway of 5 runners, with the team NIPPO Vini Fantini Europa Ovini who collaborated with other teams to close on the action of the fugitives with the aim to play the arrival in the sprint with the young Damiano Cima, who continues in its excellent period. A fall involves some athletes during the sprint creating an atypical sprint, but Damiano Cima is good and lucky to not remain involved, but still disadvantaged by the “hole” in the group created in the situation that gives the chance to the winner Giacoppo to take advantage from the others competitors. A comeback sprint for him, which ends with the podium of the day, the eighth (including the general classification) of this triple trip to China.

This is how Damiano Cima comments his podium: “A quick stop with a 5-runner break. At 50 km from the arrival we have collaborated to pull with the great work before of Hiroki Nishimura and then of Uchima and Ito. Alan Marangoni with his experience as always has driven me very well in the final, where I was at the wheel of Marezcko who unfortunately was involved in a fall. that created a “hole” and I had to try the comeback collecting a good third place. I tried to finalize the best work of my teammates, we will try again.”

Great satisfaction at home NIPPO Vini Fantini Europa Ovini for the national call, as the only representative for Japan, of the climber Hideto Nakane for the World Championships in Innsbruck. The athlete #OrangeBlue, as well as many other athletes in preparation for the world championship, will be at the start of the Giro della Toscana that will see Monte Serra as a “small” test for the world championship.

For the Italian-Japanese team, also born with the aim of launching, growing and bringing Italian and Japanese talents to the Tokyo 2020 Olympic Games, it is another important milestone. After the selection of Marco Canola with the Italian national team for the European Championships, now comes the convocation of Hideto Nakane with the Japanese selection for the world championships. A selection that will see only one athlete at the start in virtue of the only place available to Japan in international road tests. Numbers that could soon change with Japan currently 33 ° in the world ranking, only 3 positions from the 30th place that would guarantee to be able to convene three athletes in international tests (like the Olympic one). One of the “missions” of the #OrangeBlue team is to contribute to this goal with the results and scores of the Japanese athletes in the Asian races and in those of the whole world.