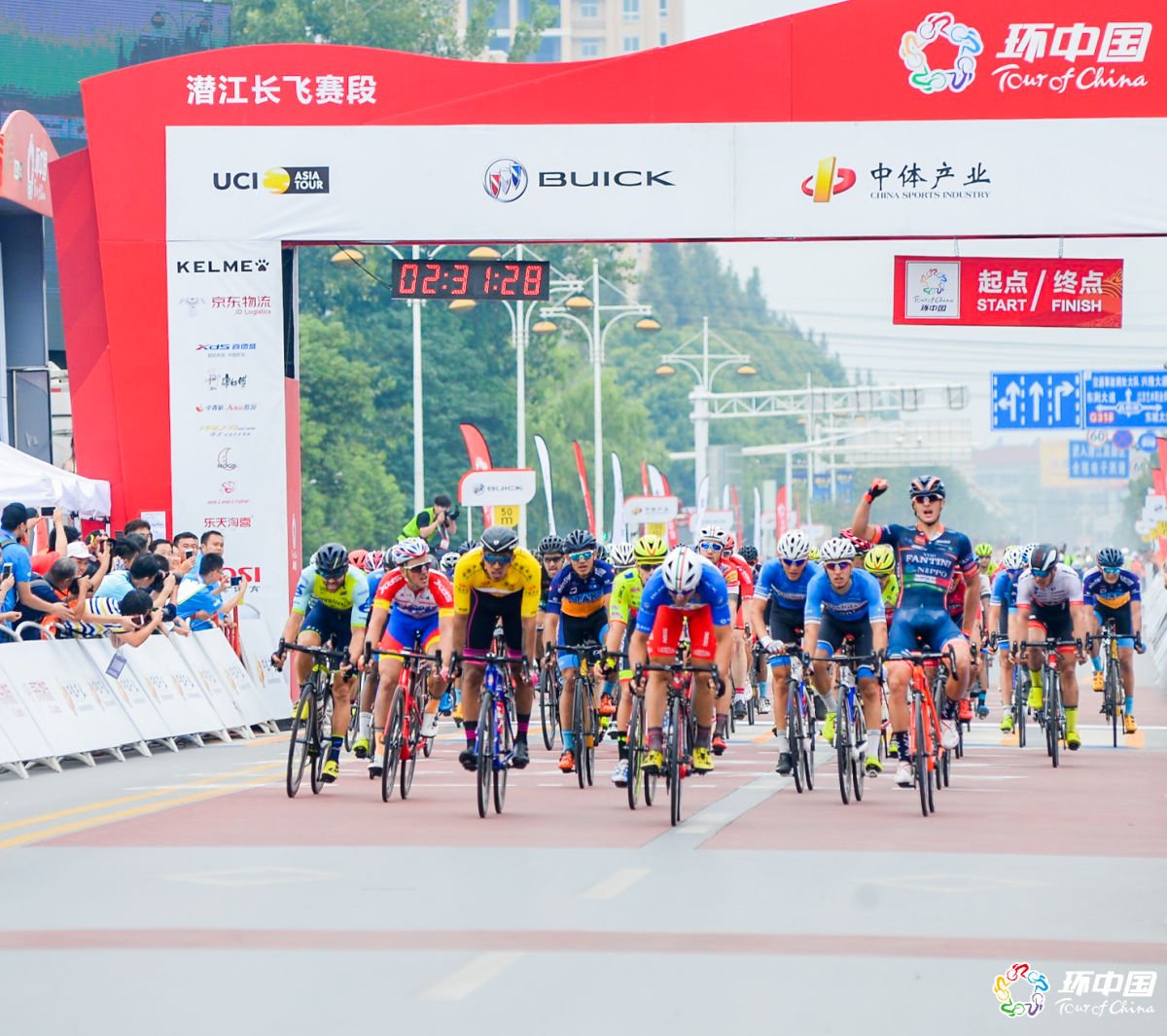 On the day of his twenty-fifth birthday Damiano Cima wins again. Second stage victory, third one in his career, all conquered in the last two weeks of his first season by PRO. Now he is second in the overall ranking, just 6 ” from the leader to a stage from the end.

Tour of China I – Qianjiang  ›  Qianjiang.

Damiano Cima celebrates his twenty-fifth birthday with a victory, making also a beautiful gift to the whole team. For him it is the third victory (two stages and a general classification) over two weeks. The neo-pro #OrangeBlue wins his first in the Tour of Xingtai and had already taken important placements and podiums at the Tour of China. Today the full result arrives, crowned also by the 2nd place in the general classification just 6” from the leader. A non-random placement but the result of great teamwork and success even in the intermediate sprints to gain precious rebates that can be decisive in view of the last stage on Saturday, after the long transfer expected for tomorrow.

113 km traveled on wide roads for a stage characterized by some attempts to escape promptly blocked by the teams in the battle for the General Ranking or with interest in the stage victory. Among these the NIPPO Vini Fantini Europa Ovini with Masakazu Ito and Kohei Uchima in particular to keep the group compact to allow the teammate not only to make the final sprint but also to fight in the intermediate sprints obtaining important seconds of rebate (4 in total between the two sprints) for the general classification. In the final km the whole experience of Alan Marangoni decisive in the role of last man for the young teammates #OrangeBlue, allows to reach an important victory for Damiano and for the whole team.

Damiano Cima is grateful to the team for the victory achieved: “I really have to thank my teammates decisive at every moment of this stage. Once again, working well together, we were able to achieve the maximum result. They brought me into the ideal situation and then I played all my cards, following an athlete from the Minsk Cycling Club, 300 meters away. I went out at 250 meters giving my best and achieving a good victory.”