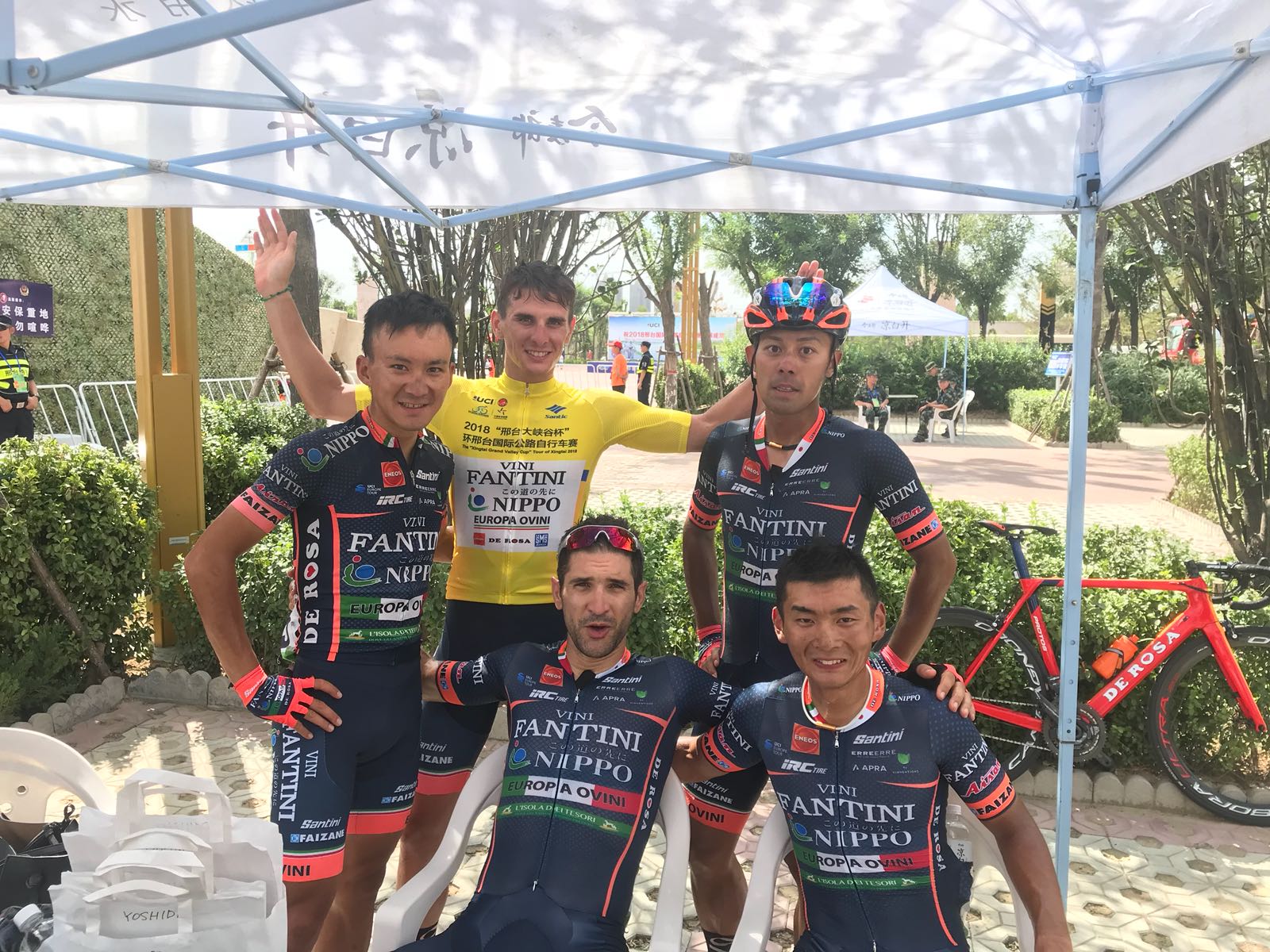 150km of race, with an average speed of 48km per hour, with a big work made by al the team to win the yellow jersey and the final general ranking. Thanks to the second place of today Damiano Cima wins also the green (points) jersey.

Damiano Cima wins the Tour of Xingtai, winning the general classification and points classification of the Chinese competition. After the victory in the first stage it is therefore the second success in the career for the neo-pro Italian rider. A yellow jersey formally on the shoulders of Damiano Cima, but morally won by the whole team that has closed on countless actions controlling, together with the team Manzana Postobon, a very nervous stage ended at an average speed of 48 km/h.

In the second edition of the Chinese competition which is the prelude to the Tour of China, the #OrangeBlue have faced 3 stages of racing as protagonists. Victory of the first stage and victory of the yellow jersey of leader of the general ranking and of the green points jersey, confirmed today with a high level race race.

150 km raced, with repeated attacks in the various moments of the race. The most active rider is the Mexican Castillo, second in the general classification. Thanks to the great teamwork, the #OrangeBlue hit back and forth with Kohei Uchima, Alan Marangoni, Hayato Yoshida and Hayato Okamoto to close and lead the group, together with the Manzana Postobon team that was aiming for the stage victory. The result is a final stage race to the average of 48 km / h and a final sprint that sees Damiano Cima second on the finish-line, conquering the podium of the day, but above all the yellow jersey of leader in the final general classification.

These are the words of Damiano Cima, tired but happy with the victory at the end of the stage: “Today had to be a flat stage, relatively easier than the previous ones. In practice it was the hardest race at very high speed, with numerous breakaways. I have to thank my teammates who have sacrificed all day to bring these two shirts home. I then tried the sprint, but at 100 meters I found what technically we call a “hole” and I managed to get back up to the second position of the day, but I’m so happy. We have worked hard for this result. Now we have an “anomalous” day of rest with a very long transfer, in the direction of Tour of China I.”

The NIPPO Vini Fantini Europa Ovini team has just one day to celebrate the victory, and then be ready to be back to competitions. From Friday at the start the Hokkaido Tour in Japan, while on Saturday the very demanding (especially for the long transfers) Tour of China will start.