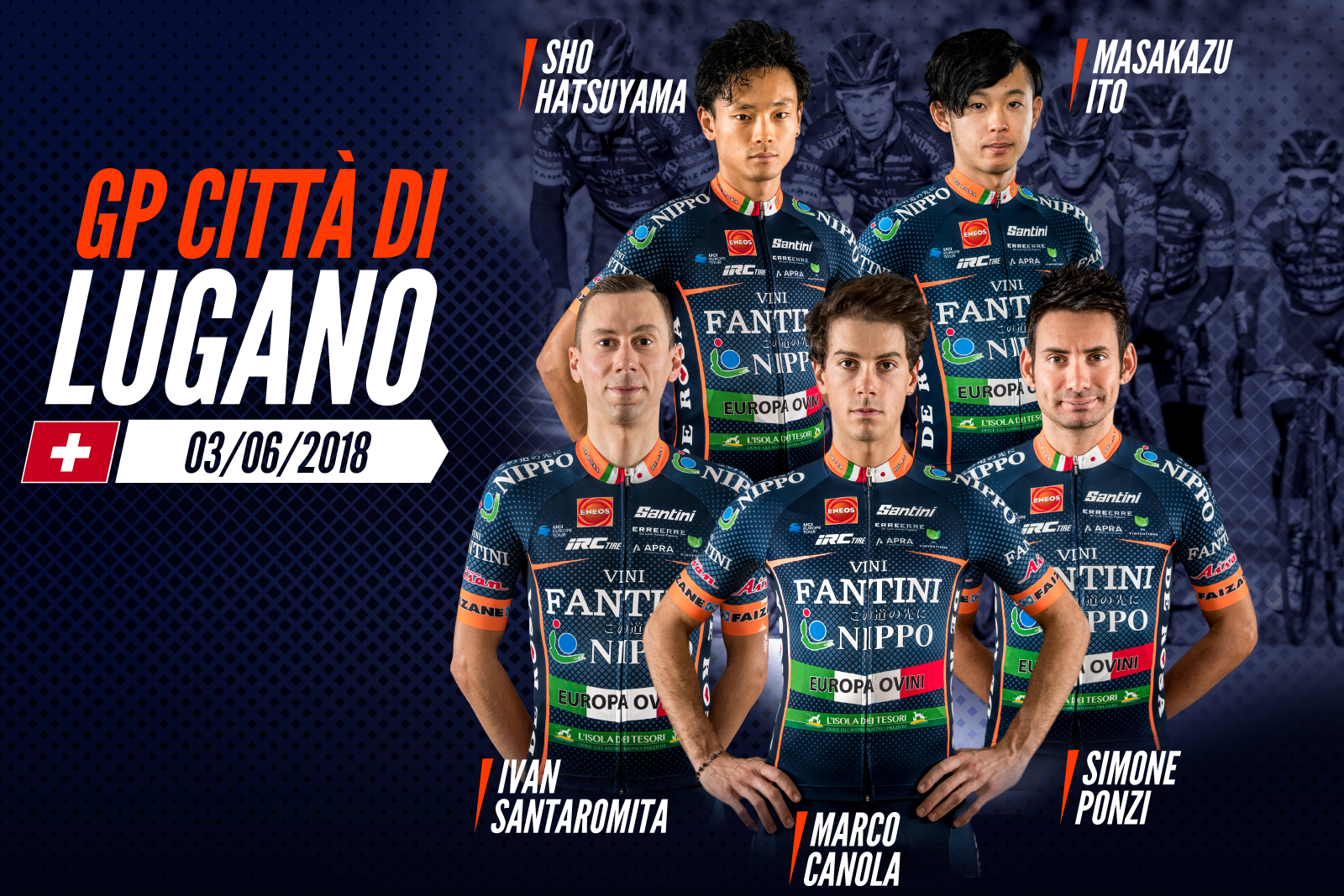 While Tour de Korea is on going and Hammer Limburg is starting today, 5 #orangeBlue riders are preparing the GP of Lugano, the race that on Sunday will complete a full week-end of sport and competitions for the team. To the start the leader will be Marco Canola, together with the Italian climber Ivan Santaromita. Simone Ponzi, Sho Hatsuyama and Masakazu ito to complete the team.

A week-end full of events and important competitions for the team involved both in Asia and in Europe. While the Tour de Korea is on going, this Friday will start in The Netherlands the 3 days competition of Hammer Limburg. On Sunday a third and important activity, with the GP of Lugano, the race that last year has been won by the NIPPO Vini Fantini Europa Ovini team.

Valerio Tebaldi will be the Sports Director leading the 5 #OrangeBlue riders. Marco Canola coming back from several podiums and top10 in Japan, is now ready to battle again for the victory in Europe. With him Ivan Santaromita coming from a period of special training in altitude to prepare in the best way the Tour de Suisse (WT), he will try his condition in Lugano. Back from Tour of Japan also Simone Ponzi that has a good condition and is ready to help the team and maybe to prepare some actions in the final part of the race. To complete the line-up the important supporting riders, Sho Hatsuyama and Masakazu Ito, both good climbers already in action in European races.

These the pre-race words of the Sports Director Valerio Tebaldi: “Last year our team won this important race, but to do it again is not easy because is an important race with strong competitors both from World Tour and Professional teams. Our leader will be Marco Canola coming from a Tour of Japan with good placement. Another important leader will be Ivan Santaromita. The Italian climber will be at his first race after a period in altitude focused to prepare the Tour de Suisse. All the team will be important with Simone Ponzi, Sho Hatsuyama and Masakazu Ito ready to support the team. For sure we will do our race in the best way as possibile trying to reach a very good results at the end.”

The Swiss competition of category 1.1. will have on the start line both World Tour teams and good Professional teams, among them the NIPPO Vini Fantini Europa Ovini team. The #OrangeBlue in 2017 have won this race, with a good team action completed by Iuri Filosi. More than 185km to ride, with a difficult road open to different kind of scenarios for the final.