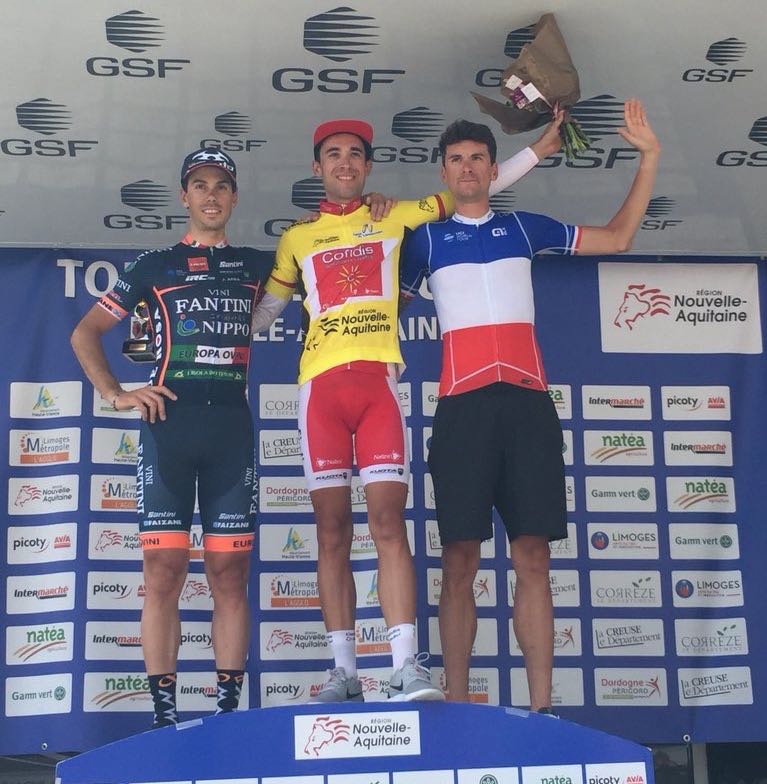 NIPPO VINI FANTINI EUROPA OVINI: DOUBLE PODIUM FOR MARCO CANOLA, SECOND OF THE STAGE AND IN THE GENERAL CLASSIFICATION AT THE TOUR DU LIMOUSIN.

The team closed with two stage podiums, 1top five and a second place in the general classification the Tour de Limousin of the #OrangeBlue that every day have been protagonists in the fight for the stage victory and in the general classification. “A good team work and a good condition of the whole team that gives us great confidence looking forward to the important Italian competitions of September” declared the Sports Directors of Valerio Tebaldi.

Two second places in 4 stages and a second place in the general classification for the NIPPO Vini Fantini Europa Ovini team, who with a great team effort in all the four stages fought for the victory. In three stages out of 4 the team was protagonist to the finish line, with two second places achieved by Marco Canola and a fourth place by Nicola Bagioli, while in each stage the whole team was protagonist in the search for leadership in the general classification, achieved virtually even in some junctions of the race thanks to the rebates and faded for a few seconds, 4” to be precise.

“We are going out of this race, but more generally from all the last races of this month with great confidence in our abilities in view of the important Italian races in September” states Valerio Tebaldi the Sports Director. “The team has ride compact and with great determination to be the protagonist in every stage and in the overall standings. There were excellent opponents and you can not always win, but it is running like that, always present in the highlights that will come the successes for us important. Marco Canola is in a very good condition, and with him Marco Tizza and Nicola Bagioli. Also Filippo Zaccanti and Reyes have done a valuable job at the service of the team allowing the leaders to be protagonists. “

The numbers speak of a good season of the team until today that can really become excellent with the important competitions of September. 12th place at the moment for the team in the UCI Europe Tour ranking (2 ^ of the Italians teams) thanks to the excellent performances in the European competitions of all the athletes, while for the leader Marco Canola the top10 seasonal placements are now 23, with 8 podiums.