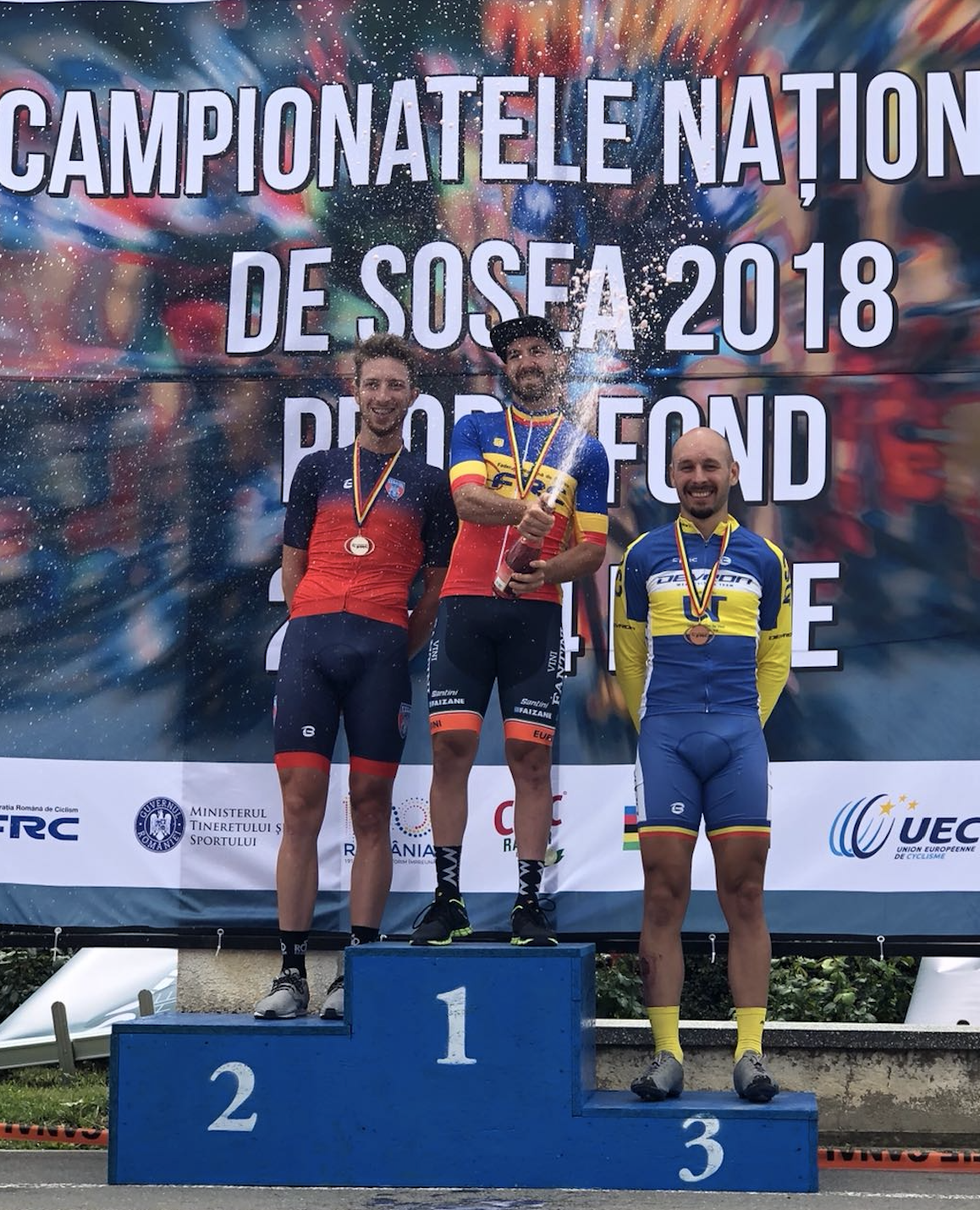 Eduard Grosu hits the personal double in the Romanian National Championship. After confirming champion in the race against the time for the second year in a row, the #OrangeBlue sprinter also won the Road Race, confirming himself as a excellent rider in fast arrivals. For Eduard Grosu it is the third success of the season after the National Time Trial race and the stage victory at the Tour of Croatia. Saturday 30 June will be the moment of the expected Italian National championship.

A perfect week for the sprinter Eduard Grosu ends in the best possible way. After the win for the second consecutive year of the time trial race, Eduard Grosu wins with a great action the Romanian National Championship Road Race. A promised success, wanted and strongly sought, which will lead him to ride the road race of the next season with the special jersey dedicated to his country. For him it is the third victory of the season and the confirmation of being an excellent rider in the races with fast arrivals.

THE RACE AND ALL THE PRIDE OF EDUARD GROSU

A short route of only 120km to decree the 2018 National Champion. A race started from the first moments at very high speed and marked by continuous actions by many riders. The #OrangeBlue sprinter, the only one of the NIPPO Vini Fantini Europa Ovini team present in the race, controls the repeated attacks of his opponents, centering together with 12 other riders the action that decides most of the final result of the race. At 10km on arrival is Eduard Grosu to take the decisive action, detaching in a slight climb their opponents and gaining important seconds for the final victory. Entered in the last km no rider can get close to the wheels of the #OrangeBlue sprinter, which cuts alone the finish line in Sibiu, becoming Romanian National champion 2018.

A double success planned and that proudly fill Eduard Grosu: “I am satisfied with how I worked in preparation for the national championships and for the double success achieved. Winning is never easy, especially when it comes to national championships. Being able to ride the next races in line and time trial wearing the special jersey of Champion fills me with pride and happiness “.

After the double successes in the first week of national championships, the #OrangeBlueteam is preparing to live the expected Italian national championships scheduled for June 30th. 10 rider of the team in the race who will try to be protagonists in one of the most intense races in the Italian cycling scene.