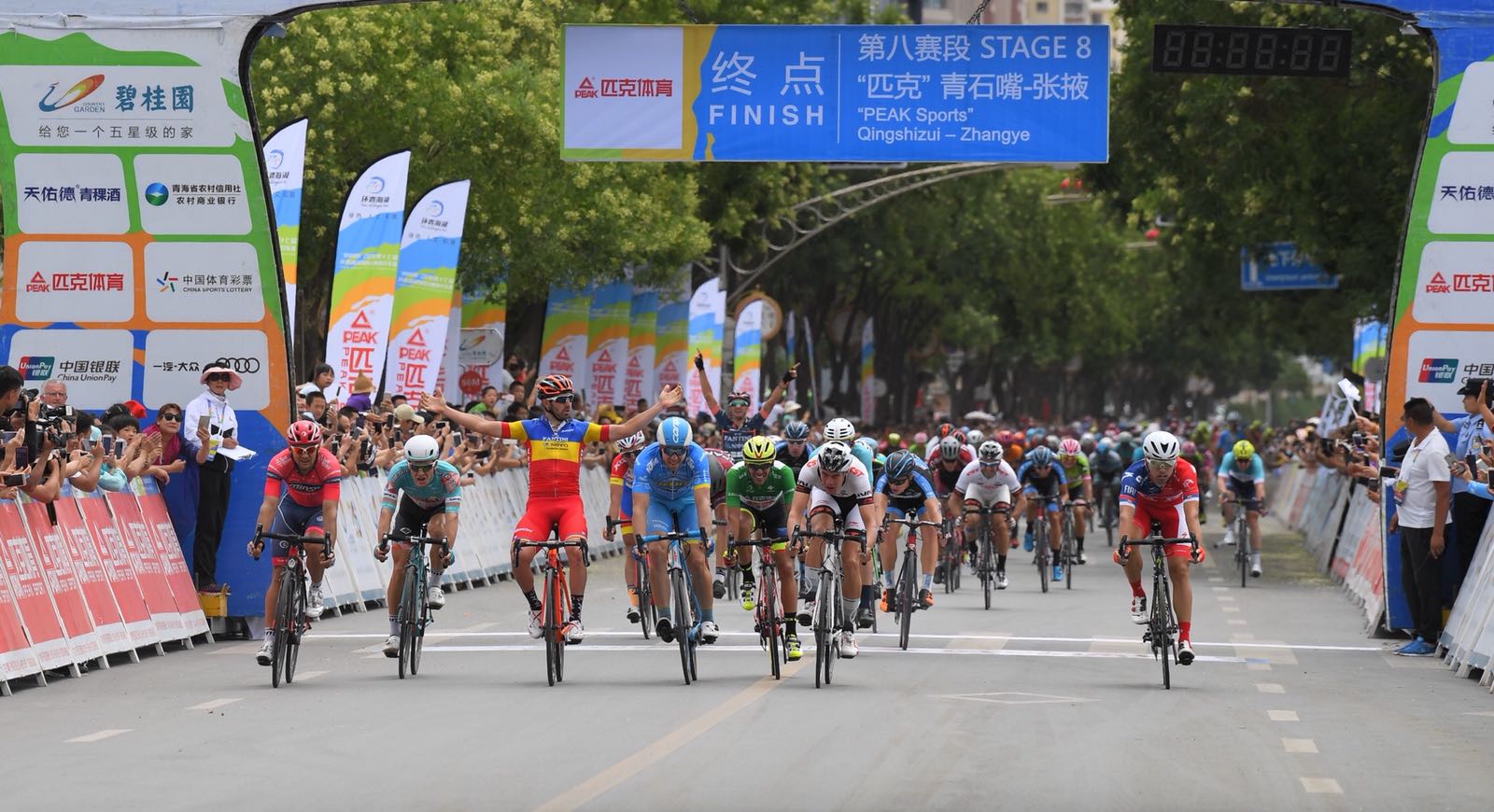 Third success for Eduard Grosu at the Tour of Qinghai Lake. The third stage victory and the sixth success of the season are also worth the green jersey now on the shoulders of the #OrangeBlue sprinter.

Eduard Grosu keeps his promises. “I want another success and the green jersey” had declared 4 days before. Yesterday came the victory, today the green jersey, topped off with another stage success, the third in this Tour of Qinghai Lake, the sixth season for the #OrangeBlue athlete.

In the longest stage from Qingshizui to Zhangye in the province of Gansu, after 237km of racing, 2 GPM and a good team work, which together with the leaders of the ranking and other teams interested in a sprint finish worked long to close day action which had achieved a considerable advantage. Fugitive resumed less than 10km from the finish line and begins the tussle to win the stage success. Not only the generosity of the Japanese companions, but also the whole experience of JJ Lobato in increasing condition after the injury, allowed the #OrangeBlue sprinter to exit the last corner in fifth position. Once again, the choice is to anticipate. Once again, those of Eduard Grosu are the arms raised below the finish line.

“I’m really happy with my condition that allowed me to achieve these successes. I still thank all the team that helped me in times of difficulty in this as in other stages allowing me to be there at the decisive moment. Now I’m wearing the green jersey too, but we’ll have to fight to keep it.”

There are 5 stages that separate athletes from the final arrival of Lanzhou, there will be other opportunities for arrivals suitable for sprinters.