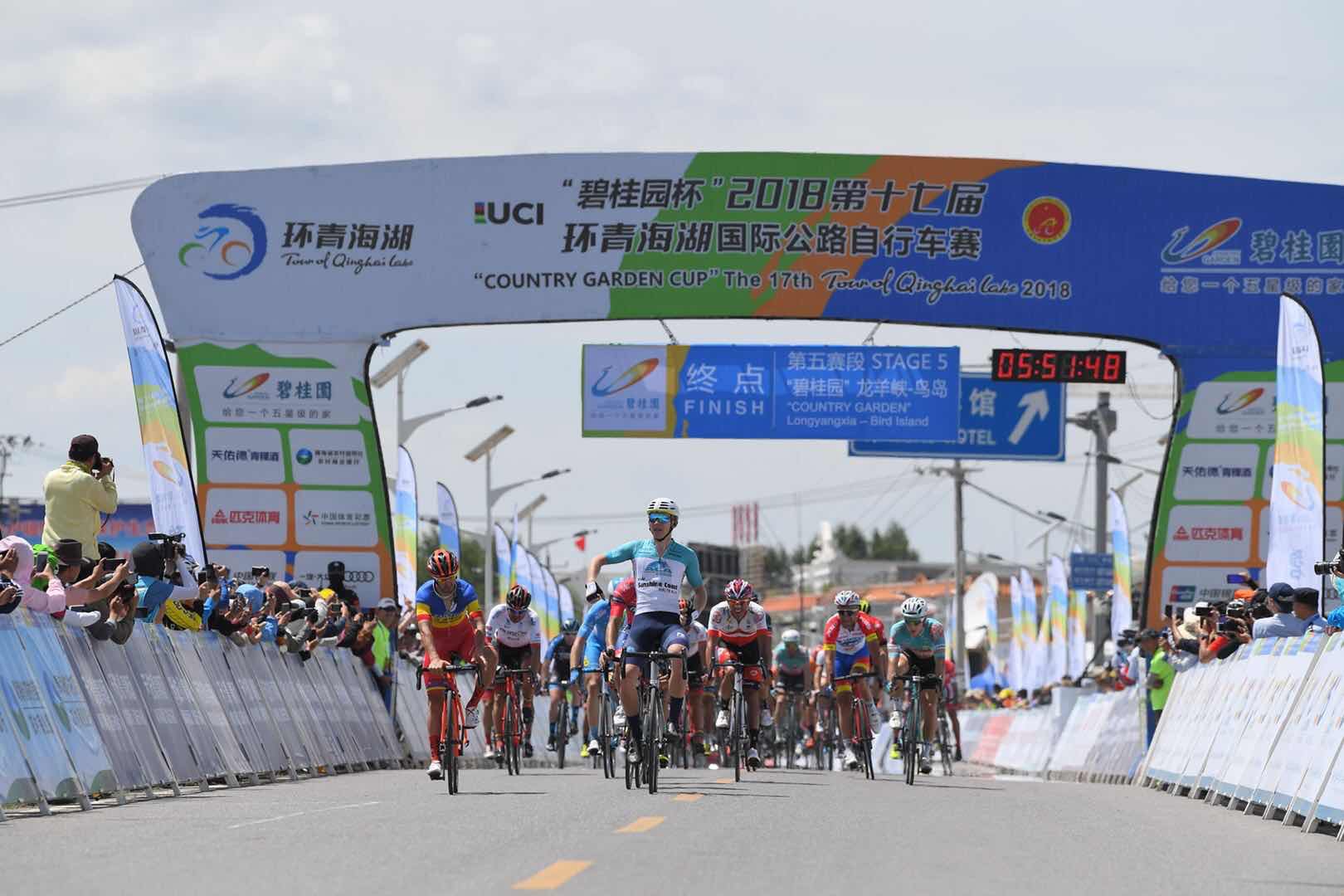 “My goal for net stages is to win again and become the leader of the green jersey”. With a good condition the #OrangeBlue sprinter goes close to the second success in China, closing with a second place the today stage and reaching also the second position of the special point jersey ranking.

Second place of Eduard Grosu in the fifth stage of the Tour of Qinghai Lake. A strong sprint, not flat but with a long progression that the Rumanian sprinter try to win. The Australian rider Cameron Scott closed him twice but for the race jury is everything fine.

In the second stage, the longest of the Tour of Qinghai Lake, a double breakaway have been closed before the final climb. Eduard Grosu with his very good condition goes close to the second success in China and he is now also in the second position of the special points ranking in the battle for the green jersey.

These the riders words after the finish-line: “It is a pity because I was feeling good and I could won this sprint. I will try again, because my goal it is to win another stage here in the Qinghai Lake and to try to battle for the green jersey until the end. I want to thank all my Japanese teammates, such as Uchima and Nishimura, they worked all the day”.