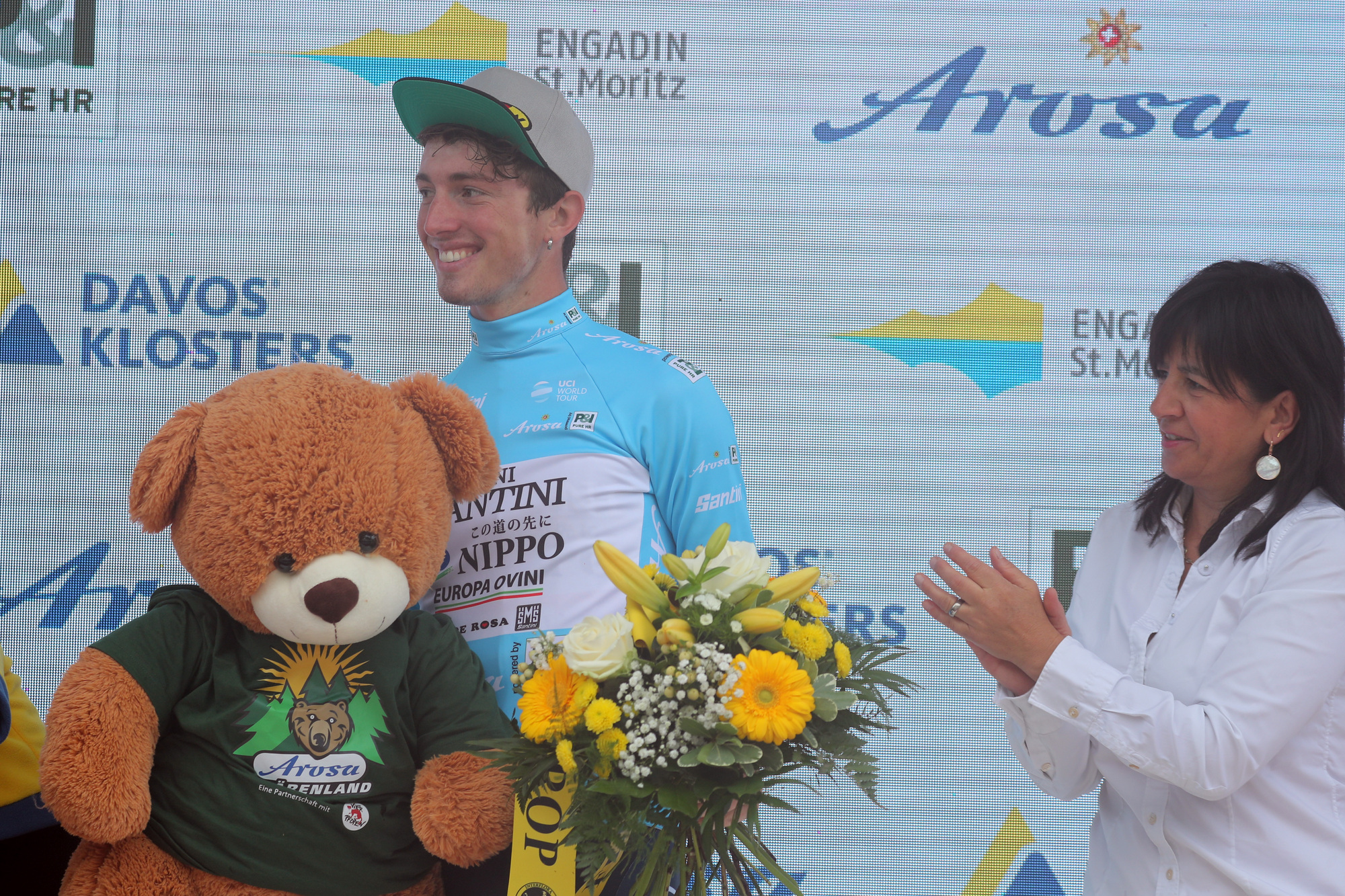 Another big effort for Filippo Zaccanti, that collects others 173 km of breakaway. Second place for him on 4 GPM today, that means the confirm of the blue jersey and the leadership of the special KOM ranking of the Tour de Suisse.

173 km of breakaway, until the final 9 km. Another great action of Filippo Zaccanti in the breakaway of the day to maintain and honor the blue jersey of the Tour de Suisse. A good results reached thanks to the second place in 4 GPM, all of 3rd category, that gives him the chance to reinforce the leadership of the GPM ranking. The breakaway of the day has been caught only where 9km where missing to the finish line, when the group made a strong effort looking forward for the final sprint. An amazing sprint won by Colbrelli in front of Sagan and Gaviria. A very good day for the Italian cycling with Colbrelli and Zaccanti in blue jersey.

The young Italian climber born in 1995, reached the second place in 4 on a total of 5 GPM od the day, reaching 17 points in the special ranking of GPM. For the young #OrangeBlue a big effort, with around 300km of breakaway in 2 days, in the first 2 stages in a World Tour competition of his career.

Tomorrow the fourth stage of the Tour de Suisse, 189 km to ride with a quite difficult arrival, with a GPM of cat.2 few km before the finish line. The race will be easy to watch, live on Eurosport.