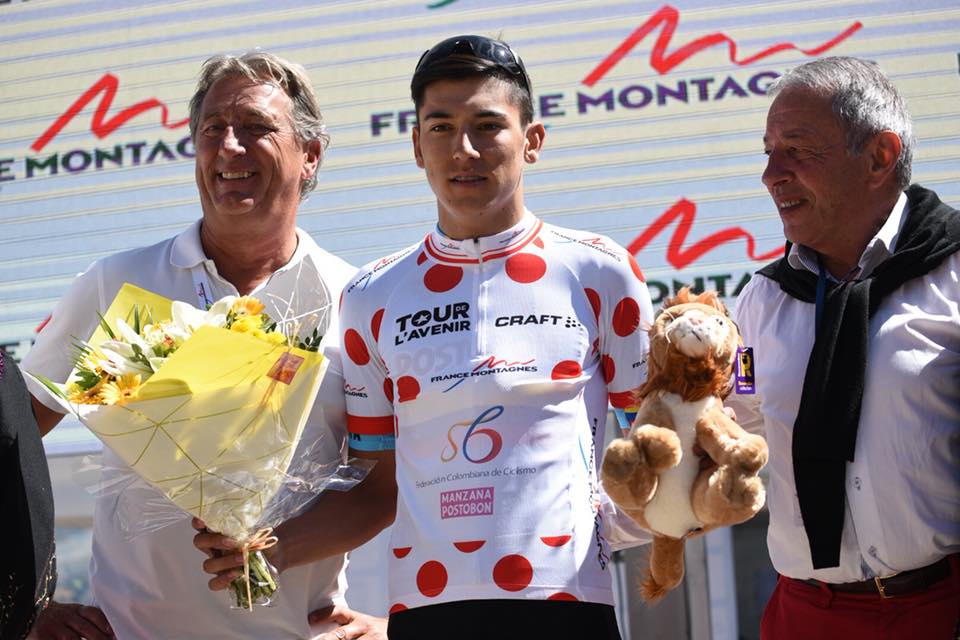 The young Colombian rider, best climber in Tour de L’Avenir and winner of one stage in Giro d’Italia Under23 in Passo Maniva, will become a Pro rider with the NIPPO Vini Fantini Europa Ovini team. An international talent, of very high level that gives to the #OrangeBlue the chance to ride with one of the best neo-pro of the 2019.

Alejandro Osorio, colombian rider born in 1998, will become a PRO with the NIPPO Vini Fantini Europa Ovini team. The winner of the KOM ranking of the Tour de L’Avenir 2018 and winner of one stage in Giro d’Italia Under23, signs a two years contract with the team. The young Colombian rider will arrive in the NIPPO Vini Fantini Europa Ovini team thanks to the AFB Academy (Albertati, Fondriest, Bianco), that discovered and followed the young rider in these first years of career.

Alejandro Osorio is 20 years old, but already demonstrated a great talent in high level and international competitions. A strong climber, that in this 2018 season won an hard stage in Giro d’Italia Under23, with finish-line in Passo Maniva, wearing for couple of stages also the Pink Jersey and closing with a final 6th place in the general ranking.

For him also another prestigious result, just one week ago, when he won the KOM ranking of the Tour de L’Avenir, even if his main role in the race was to help his strong teammate Ivan Sosa for the general ranking.

Alejandro Osorio use these words to introduce himself: “I’m super happy to become a Pro in Italy, with the chance to ride big European races. It is a dream that becomes reality. In these 2 years with the NIPPO Vini Fantini Europa Ovini team I hope to learn as much as possible contributing also to the successes of my team. My dream is to participate to many important races, but the Giro d’Italia is my favorite race. After winning a stage in the Giro d’Italia Under23 my dream is to win a stage also among PROs in this wonderful race. My idol? Contador. I really like the approach he had to the races, always attacking.”

The General Manager of the team, Francesco Pelosi, is very proud of this important announcement: “We are happy to announce the signature of one of the best young riders in the world. Alejandro Osorio is undoubtedly one of the most important international riders to go professional in 2019. In the two most important races as Under23, the Tour de l’Avenir and the Giro d’Italia Under23 he has achieved very interesting results, considering also that the best climber jersey at the Tour de l’Avenir conquered it by acting as gregarious for the general ranking to his teammate Ivan Sosa. One of the objectives of the Professional is to launch quality young riders and we are happy to contribute to this mission and to continue on our mission, our team has launched 5 young riders in 2018 in professionalism and will launch at least other 3 in 2019 by adding them to captains of experience fundamental for their growth. Confirming our Italian-Japanese soul thanks to which in 2018 we will have 8 Italians and at least 5 Japanese in our roster, our goal is to be a team always more international, especially when we talk about riders of undoubtedly value such as Alejandro Osorio.”

Together with the young Italian sprinter Giovanni Lonardi, Alejandro Osorio is the second official announcement of the team for the season 2019. Two neo-pro, two new riders, both of them winner of one of the nine stages of the Giro d’Italia Under23 of this year.

PALMARES and TOP RESULTS (UNDER23)