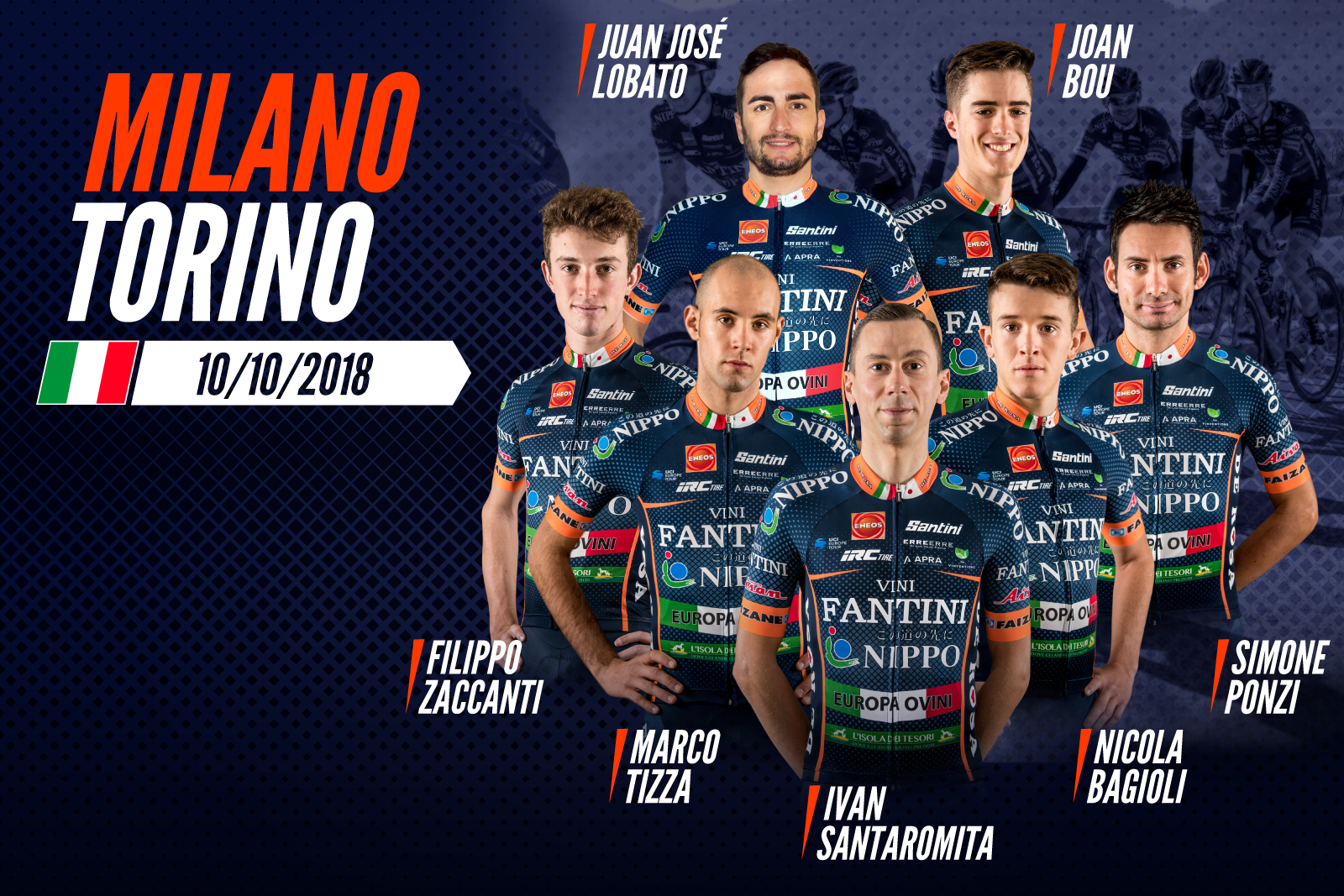 Milano-Torino and Gran Piemonte, two great autumn classics organized by RCS Sport, are ready to excite the fans of Piedmont and Lombardy. Wednesday the world’s oldest classical, with the usual arrival in Superga and the decisive climb to be covered twice. Thursday the Gran Piemonte, starting from Racconigi and arriving in Stupinigi, for a journey that will involve the royal regencies of the province of Turin.

THE LINE-UP.
For the #OrangeBlue 9 athletes involved in the rotation for the two events. For the Milano-Torino the designated leader will be Ivan Santaromita, by virtue of the double climb to Superga that will mark the decisive moments of the race. With him Filippo Zaccanti, Nicola Bagioli, Marco Tizza, Joan Bou, Simone Ponzi and Juan Josè Lobato.
The Gran Piemonte will also see Marco Canola and Eduard Grosu at the start, by virtue of the best route for fast wheels in a group. Marco Canola will be the designated leader of the team, along with Juan José Lobato. The Sabatini Cup winner appeared in good condition also at the GP Beghelli where he finished fourth and the Gran Piemonte could represent an excellent route for him. Eduard Grosu, 4th on the finish line in 2015, will be the third toe, but also attention to Simone Ponzi appeared growing in the last tests of the team and with a path to him congenial, as well as Marco Tizza. Filippo Zaccanti and Joan Bou complete the line-up.
Milano-Torino: Ivan Santaromita, Nicola Bagioli, Marco Tizza, Filippo Zaccanti, Simone Ponzi, Joan Bou, Juan Josè Lobato.
Gran Piemonte: Marco Canola, Juan Josè Lobato, Eduard Grosu, Marco Tizza, Simone Ponzi, Filippo Zaccanti, Joan Bou.

THE DECLARATION.
On the team-car, for both races there will be Mario Manzoni as sports director: “Two great Italian Classic with different kind of roads. The Milano-Torino with the double climb of Superga will be very hard, for real climbers. There our leader will be for sure Ivan Santaromita, with Marco Tizza, Filippo Zaccanti and Nicola Bagioli that can play a role to reach a placement. Joan Bou have to demonstrate his climber skills. The Gran Piemonte can be perfect for our fastest riders with Marco Canola and Juan Josè Lobato as leaders. Eduard Grosu can also play a role with Marco Tizza and Simone Ponzi that also are in a good condition.”

For all the big fans of cycling it will be possibile to follow the live of both races on RaiSport, starting from 3.00 pm.