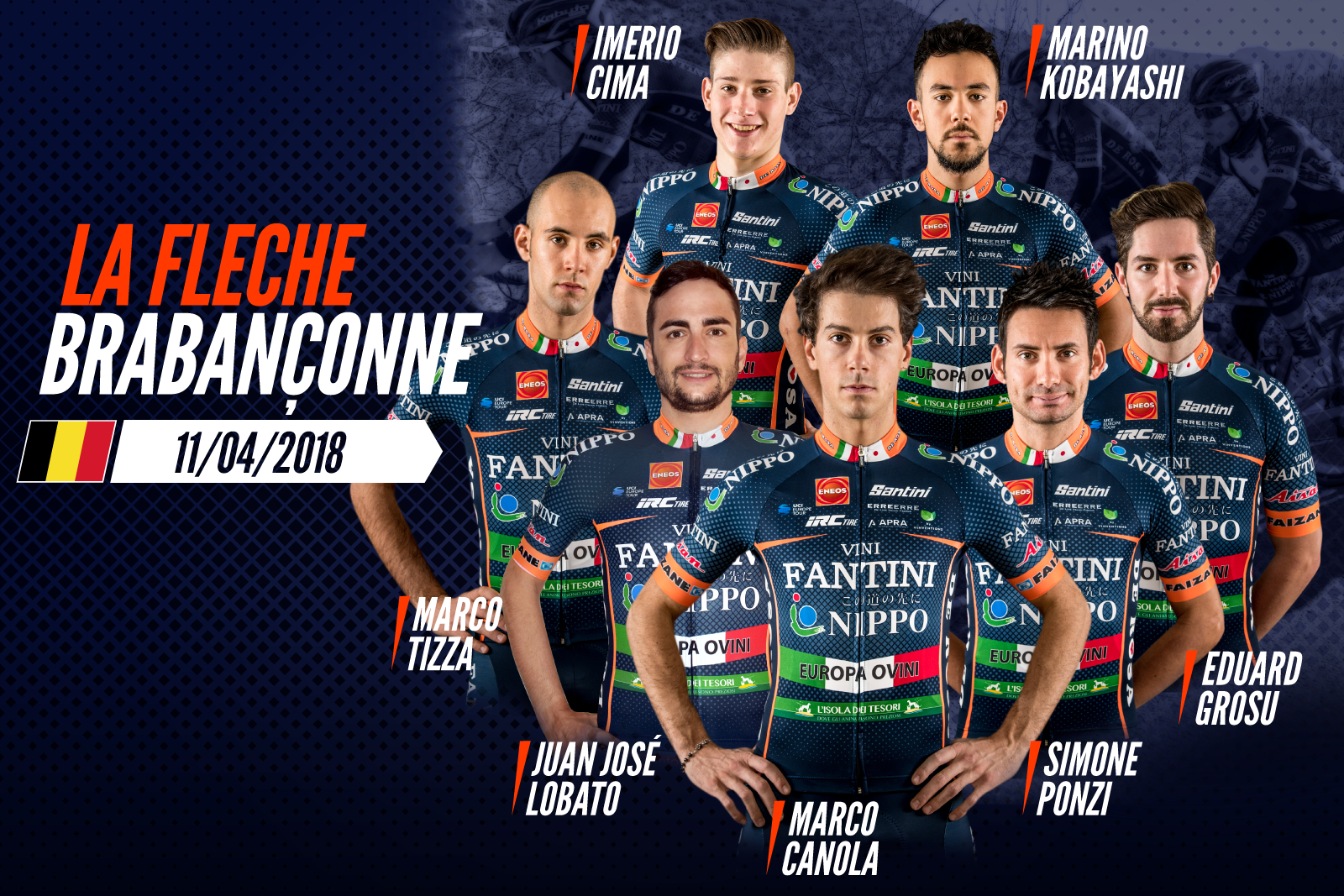 NIPPO VINI FANTINI EUROPA OVINI: THE FLECHE BRABANÇONNE WILL BE THE NEXT RACE OF THE #ORANGEBLUE CALENDAR.

The prestigious Belgium competition will be the next race of the #OrangeBlue calendar. Marco Canola the leader, together with Juan Josè Lobato. Simone Ponzi and Eduard Grosu can be the men for the final. Marco Tizza always ready to escape like he already did in Volta Limburg, with the young riders Marino Kobayashi and Imerio Cima ready to test themselves in a very strong race.

The prestigious Belgium race, the Flèche Brabançonne, will be the next race of the #OrangeBlue calendar in the month of April. A calendar with important HC and World Tour category races in this month. The first one will be the Belgium race, on Wednesday 11th of April, with the historical race that was born in 1961, with a roll of honor full of great champions, of the past such as Eddy Merckx, and of the present such as Peter Sagan.

The Italian-Japanese team will be on the start-line with 7 riders, leaded by Marco Canola, that will test his condition also looking forward to the Amstel Gold Race of next Sunday. Juan Josè Lobato, Simone Ponzi and Eduard Grosu the leaders in the final, with Marco Tizza always ready to go in some breakaway and Marino Kobayashi with Imerio Cima ready to help the team and make an important test on a very difficult race.

Mario Manzoni is the sports director leading the team in the Belgium race: “The Flèche Brabançonne is a very important and prestigious race. Sunday we will be racing also the Amstel Gold Race, for this reason Marco Canola wants to test his condition in race in respect to the competitors. But the Flèche is also very important for us, for this reason we will have many competitive riders  for the final such as Juan Josè Lobato, Simone Ponzi and Eduard Grosu. Marco Tizza can be our escape-man, as already demonstrated in Volta Limburg, while the young riders Marino Kobayashi and Imerio Cima will have the role to help the team, because a 200km race is hard and only working as a team we can reach results.”

The Flèche Brabançonne was born in 1961 and it is a race of 1.HC category of the Europe Tour. In recent times has been won by very strong riders such as Peter Sanga and Philippe Gilbert. The “Italian” victories have been 6, the last one of them Sonny Colbrelli in 2017. The race is composed by 201km from Leuven to Overijse. The NIPPO Vini Fantini Europa Ovini team will be one the teams in race, together with 7 World Tour teams and many Professional teams.

The race will be broadcasted live by Eurosport 1, starting from 3.30 pm of Wednesday 11th of April.