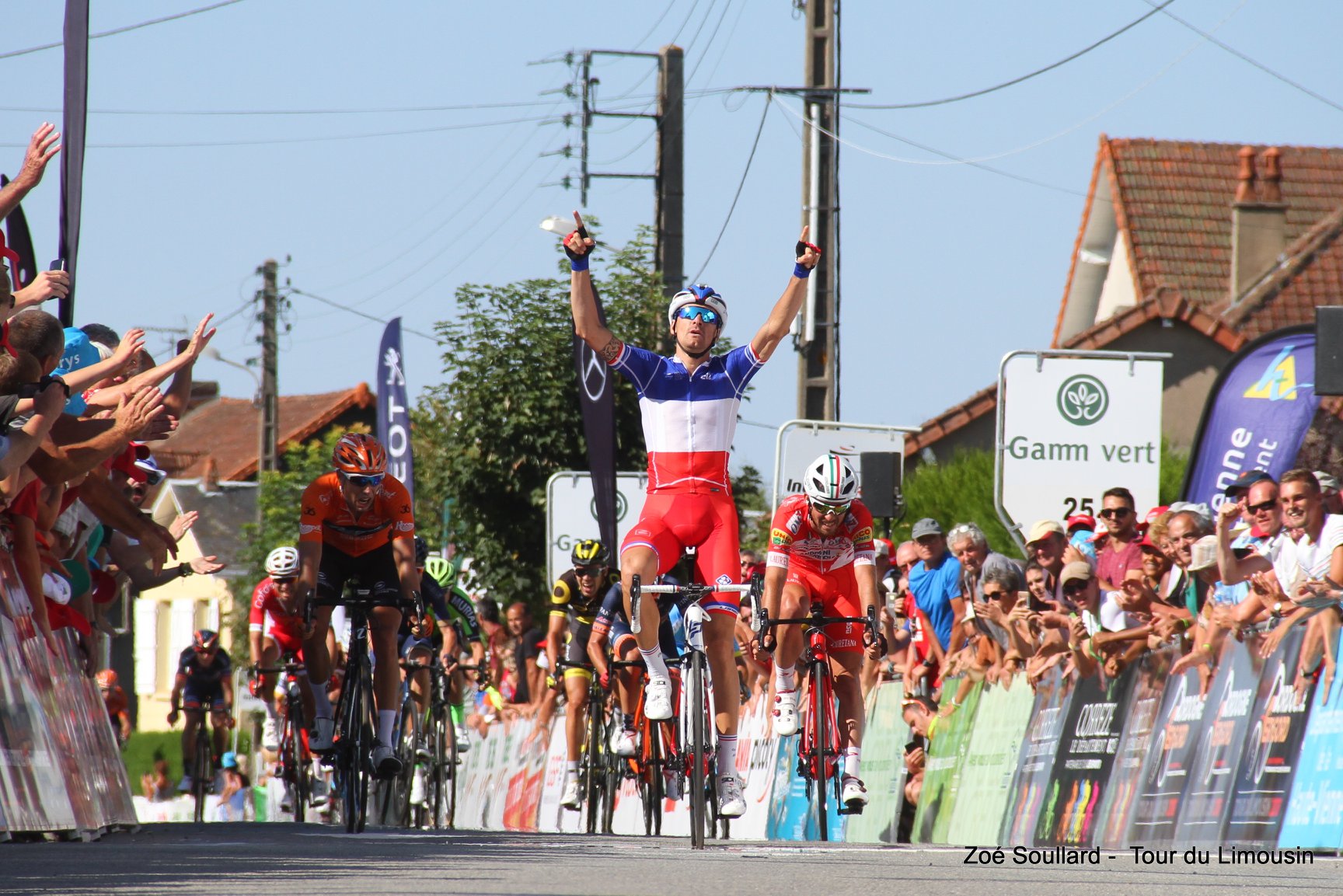 The good season of Nicola Bagioli, the 1995 Italian athlete launched by the NIPPO Vini Fantini Europa Ovini team, continues in France on the arrival of Bonnat. Coming today, in the first part of the French race, his sixth season top10 is added to the prestigious jersey of the best climber of the Tirreno-Adriatico and the two podiums caught in the season, the last of which last week at the Vuelta Burgos. Then continues the excellent moment of the young Italian talent who along with his teammates #OrangeBlue can try again in the next stages to battle for the victory.

The first stage of the Tour du Limousin, French race of category 2.1. at its 51st edition, it ran from Saint-Just le Martel to Bonnat for over 172 km. The race was characterized by an escape only less than 10km from the finish when the final battle for the victory was unleashed. The young #OrangeBlue then tried to anticipate the sprint and trying to surprise the opponents, but being picked up by the first three athletes launched in the sprint right on the final and closing however with a good fourth place. The French national champion Anthony Roux set the sprint, his first victory with the new national champion jersey after the recent podium at Clasica San Sebastian. Nicola Bagioli is good at entering an international top 10, which sees only two Italians among the best.

A good job of the whole team today has led to being present and protagonists in the final in search of victory. A fall in the final stage involved the group, but without consequences for the #OrangeBlue athletes. The remaining 3 stages can be just as congenial to the characteristics of the team that will still try to be a protagonist.