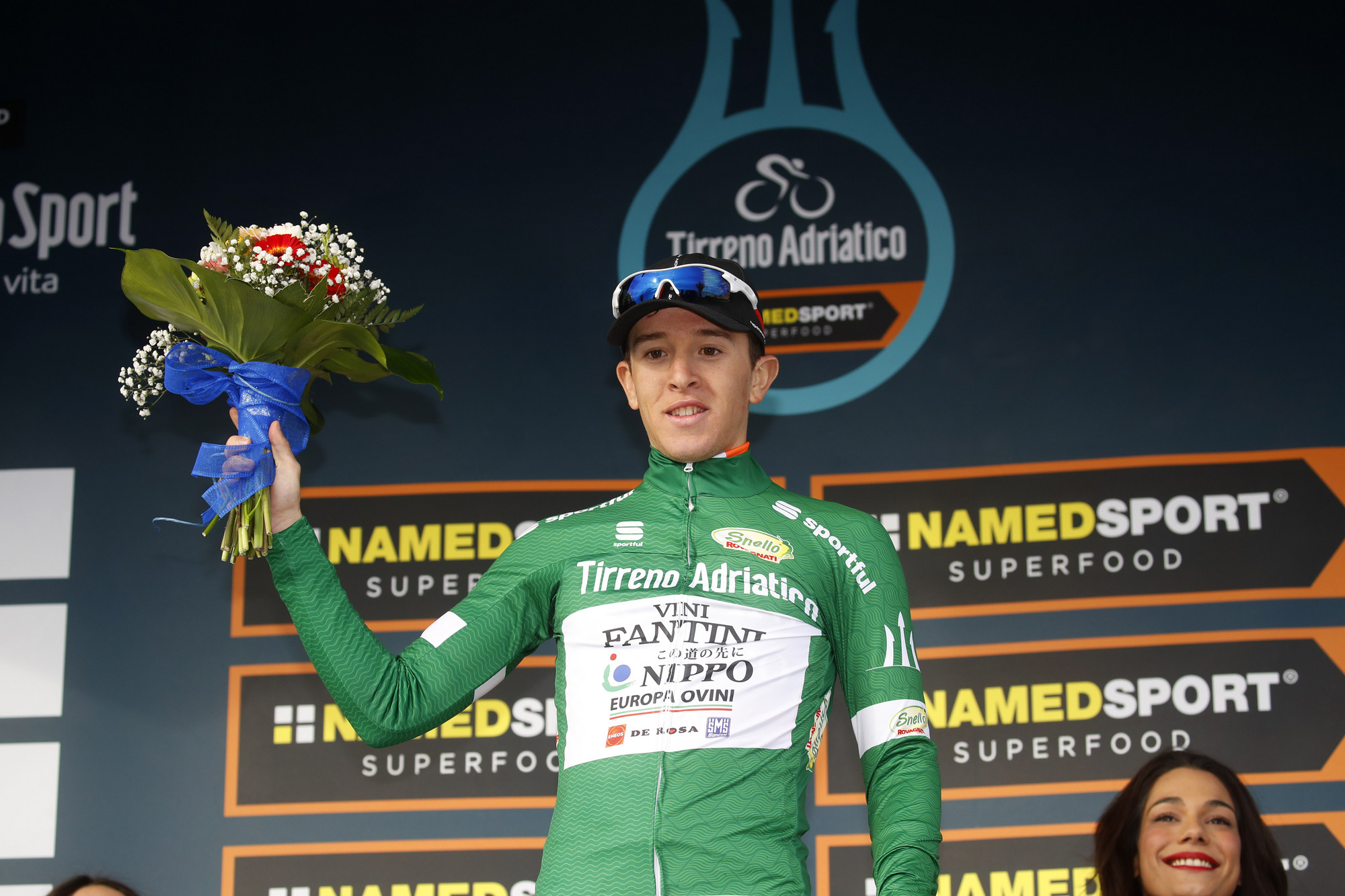 Nicola Bagioli achieved the Green Jersey, dedicated to KOM ranking, at the end of the second stage of the 2018 Tirreno-Adriatico. The young rider of NIPPO Vini Fantini Europa Ovini surprises everyone on the KOM of Montemagno going to cut the finish line for the first and becoming the leader of the climbers Ranking. In Follonica the stage ends with a high-speed sprint, where the sprinter Eduard Grosu achieved a good 9th place.

Nicola Bagioli is the new leader of KOM Ranking at the end of the second stage of the Tirreno-Adriatico 2018. A result strongly sought by the #OrangeBlue rider who on the KOM of Montemagno surprises the other athletes on the breakaway and cuts the finish line for the first.

In Follonica the young rider of NIPPO Vini Fantini Europa Ovini will start tomorrow with the leader’s Green jersey. Good Top 10 placement also for Eduard Grosu, who came in 9th position at the end of a great sprint.
THE RACE

The second stage of the Tirreno-Adriatico starts at great speed from the first km, in a day reserved for sprinters that from Camaiore takes to Follonica. The 160 km of the current stage are marked by the Montemagno’s KOM, placed at the fifteenth km of the race. It is precisely with this goal, the goal of many riders, that the race definitely explodes right from the start. The #OrangeBlue rider Nicola Bagioli, in a good condition after the results obtained in the first part of the season, enters the breakaway of the day along with 3 other riders. After gaining 2 minutes from the rest of the group, Nicola Bagiolisurprised the group of fugitives by going for the first to cut the finish line of the KOM, becoming the leader of the Climbers ranking. Once in Follonica the group returns compact and is preparing to face the Final Sprint that will decide the stage. The #OrangeBlue leader Marco Canola and Eduard Grosu were in a good position at the end of the final city lap. Marcel Kittel wins the stage, while the sprinter of NIPPO Vini Fantini Europa Ovini Eduard Grosu achieved a great 9th position.

Awarded on the stage of Follonica, Nicola Bagioli will start in the third stage of the Tirreno-Adriatico with the Green Jersey of the leader of the Climbers ranking.

Nicola Bagioli comments with these words the race and the Green jersey just achieved: “Wearing the Green jersey today was an extremely important goal for me and for the team. I’m happy with this result and how it was achieved. I left immediately strong to be able to cut the finish line of the KOM. Being awarded on the stage of a prestigious race like the Tirreno-Adriatico was an incredible emotion. Tomorrow I will start wearing Green jersey in another big stage, I will try to honor it and defend it “.