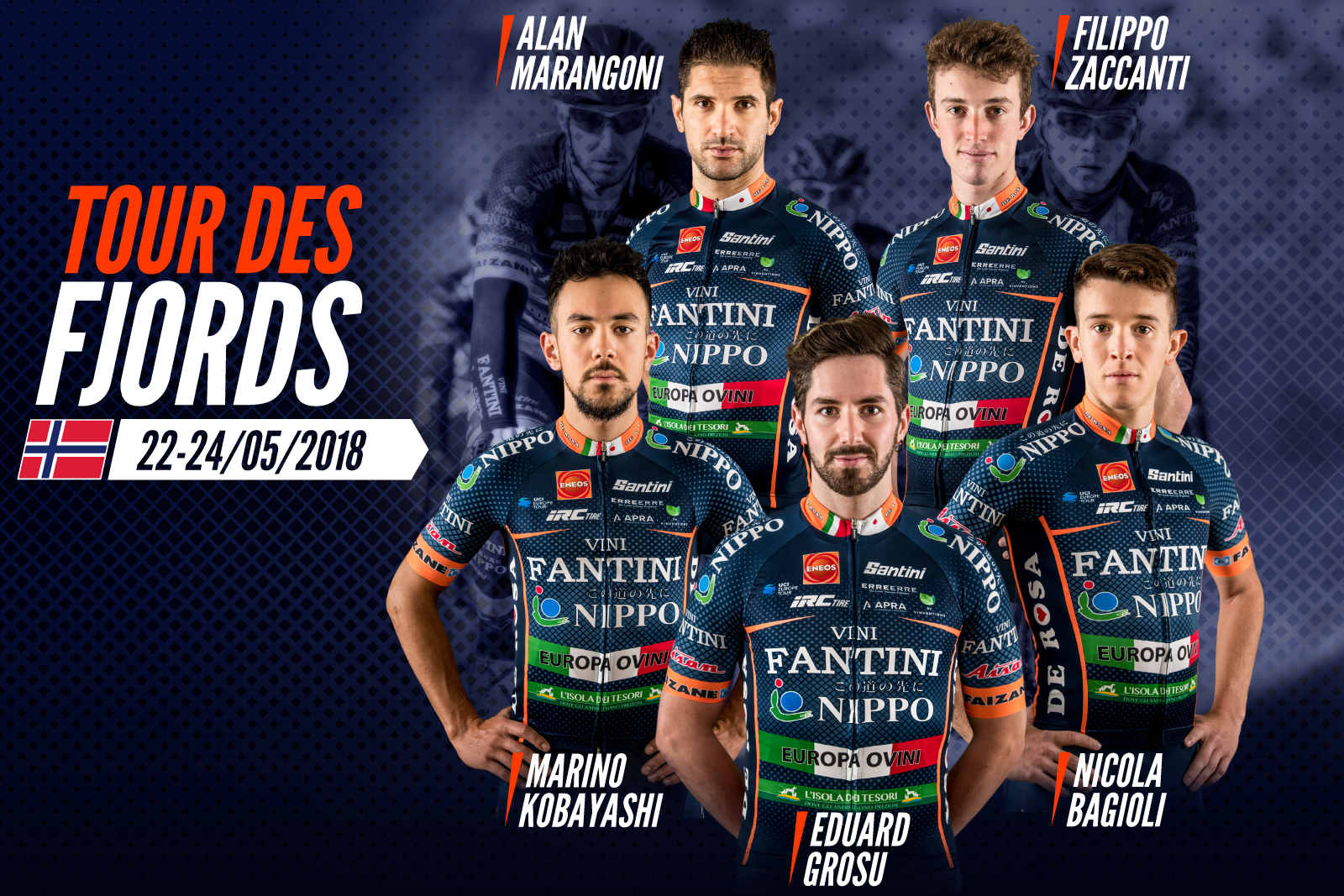 While in Asia Tour of Japan is on going, 5 #OrangeBlue riders are flying to Norway, for a double race in the team calendar. Tour des Fjords (2.HC) is the first one, followed by the first race of the year of the brand new format created by Velon and Infront, the Hammer Series.

Just finished the second stage of the Tour of Japan in Asia and in Europe is yet time to be back in race. It’s time to be in Norway, for a double race of the team calendar. From 22 to 24th of May the team will be involved in Tour des Fjords (2.HC), competition that will involve 9 World Tour teams and 8 Professional teams, among them the only Italian team will be the NIPPO Vini Fantini Europa Ovini team. From 25 to 27 of May will be time to ride the first of the 3 Hammer Series of the 2018, the brand new format created by Infront and Velon, at his second year. 10 World Tour teams, 4 Professional team, again with the #OrangeBlue as the only one representing Italy.

3 stages, almost 600km to ride, all of them potentially good for sprinters. For this reason the leader of the team will be Eduard Grosu, that after the success of Tour of Croatia is looking for the double in the North of Europe. With him the two young Italian riders Nicola Bagioli and Filippo Zaccanti, the young Japanese Marino Kobayashi, all of them supported by the experienced rider Alan Marangoni.

To lead the team on the team car will be Mario Manzoni: “Eduard Grosu will be our leader both for the kind of roads and also because of the good condition demonstrated in Croatia and Dunkerque. Alan Marangoni will be our team-worker, very important in the final, while Nicola Bagioli and Marino Kobayashi will be both team-worker and possibile attacking riders. In the hardest stage, expecially for hammer climb, our main rider will be Filippo Zaccanti.”

First race of the 2018 of the Hammer Series, the new format created by Velon and Infront in 2017. 3 days of amazing races, on 3 different tracks, where to win will not be a single rider but the whole team.

The brand new format created to put the public at the center of the show, that will see the team in race (10 World Tour teams and 4 Professional teams) battle for the title of “best team in the world”. To win the title 3 days of races, the first one of a circuit build for climbers, the second one, for sprinters, the third one with a team time trial chase with the starts order determined by the points of the 2 days before. For this reason the team line-up will be balanced to be ready to compete on each kind of road.

Nicola Bagioli, KOM ranking leader in Tirreno-Adriatico 2018 and Filippo Zaccanti could be the leaders of the day 1, with the sprinter Eduard Grosu possibile leader of the day 2, with Alan Marangoni and Marino Kobayahi ready to attack giving also their help in the final time trial.

The Hammer Stavanger, as  the whole Hammer Series format will be streamed live on Facebook, on the official Hammer page of the team. Not only traditional images, thanks to Velon also “on-bike” GoPros, live data of telemetry and heartbeat and many live data to involve fans in every moment of the race.