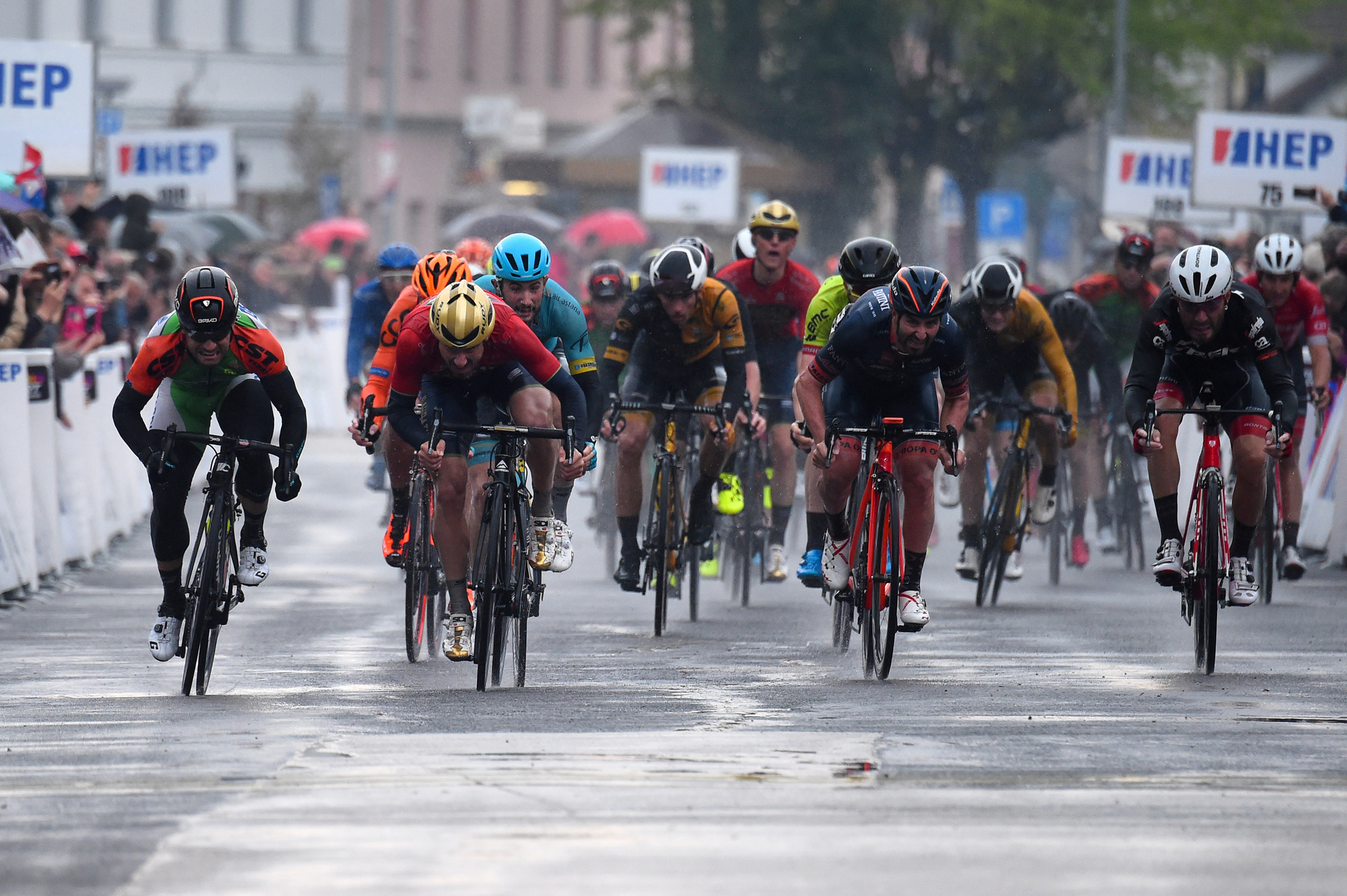 Eduard Grosu achieved the third place in the inaugural stage of the Tour of Croatia at the end of a fought final sprint in the Koprivnica circuit.A great team effort led the #OrangeBlue sprinter in a good position in the salient phases of today’s stage, characterized from the first kilometers by rain. Second seasonal podium for Eduard Grosu who will have the opportunity to redeem himself and aim for victory in tomorrow’s stage.

Start with a podium the Tour of Croatia 2018 for the NIPPO Vini Fantini Europa Oviniteam. The sprinter Eduard Grosu, after the second place in a stage in the Tour de la Provence and good placings in the Tirreno Adriatico, achieved the third position on the opening day of the Tour of Croatia at the end of a sprint.

Good condition of the whole Italian-Japanese team that allowed the #OrangeBluesprinter to always ride in the first positions and be able to fight for the day’s victory.

The Tour of Croatia 2018 started in a raining day, with a 227km stage that from Osijek reached Koprivnica. There was talk on the days before the stage that it would have been a stage dedicated to the sprinter of the teams in the race and so it was. The race was characterized from the very first km of the breakaway, which involved 4 riders. The chasing teams have constantly monitored the group in the breakaway, going to resume the last two riders remained at the head of the group at less than 15km at the finish line. In the last km the teams have organized themselves, bringing their sprinters to play for the stage victory. Eduard Grosu, recovering after losing some positions in the last decisive km, achieved the third position, behind Bonifazio Nicolò (Bahrain Merida) and Andrea Guardini (Bardiani – CSF).

THE DECLARATION OF PROTAGONIST

Eduard Grosu is satisfied for the result gained and for how the team worked, but disappointed for not having found the victory: “It was a stage very similar to the first stage of last year, once again characterized by rain and bad weather. My teammates have done a great job to bring me in the first positions and to allow me to fight until the end for the victory. The finish was a bit confusing, and I’m disappointed to have lost the moment at 800 meters to the finish line. Having lost some positions before the sprint led me to a comeback sprint. I wanted to win today, but I am sure that this is the right way to achieve success in the coming race. Already in the stage of tomorrow I will give my best to get the victory. “

RANKING 1^STAGE OF TOUR OF CROATIA

Tomorrow the #OrangeBlue team will again be engaged on two fronts: the Tour of Croatia in a 234.5km stage, from Karlovac to Zadar and at Tour of the Alps, in the third 138.3km stage that connects Ora to Merano. You can follow all the live of the two races on RaiSport and Eurosport from 1.00 pm.