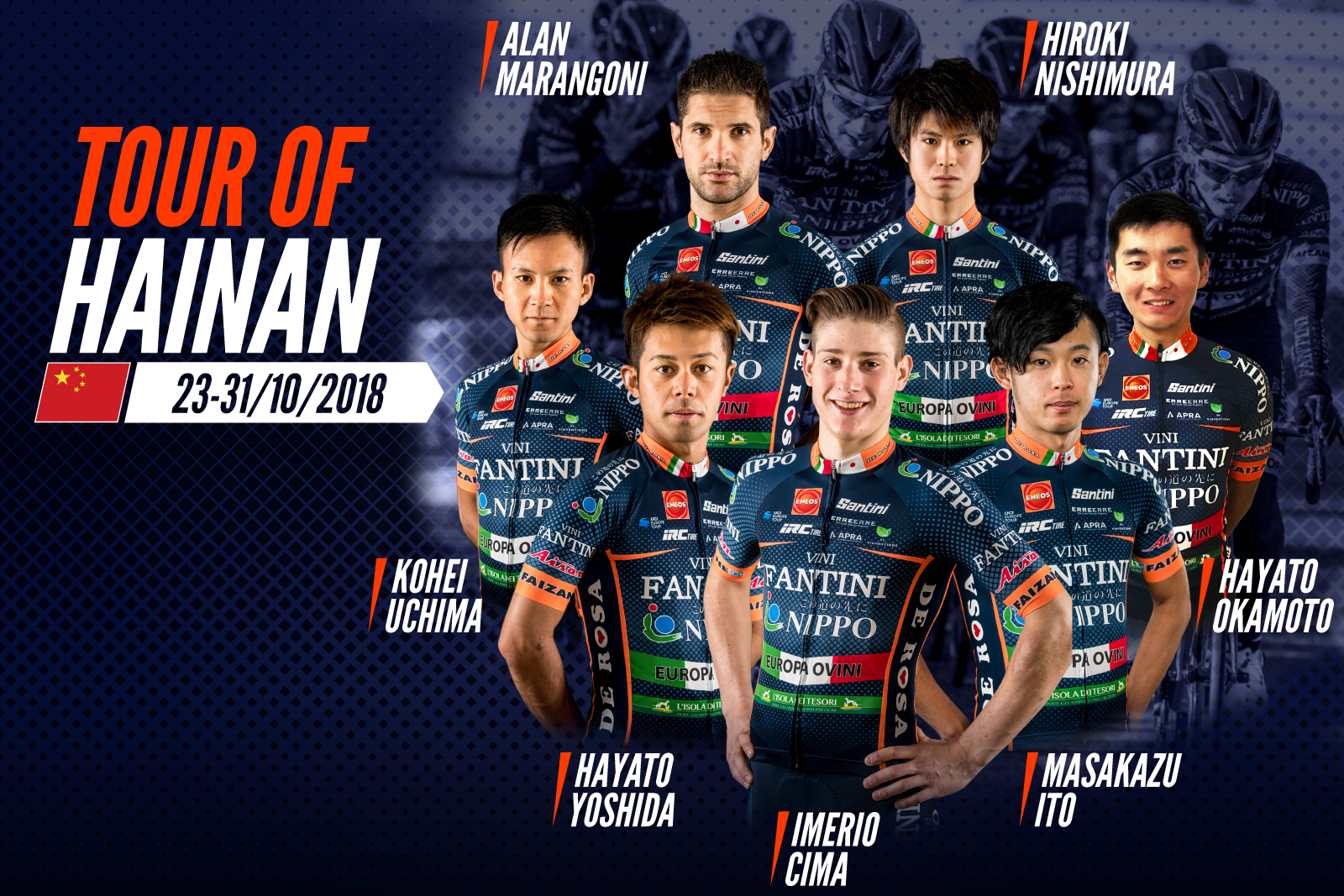 Penultimate race of the season for the NIPPO Vini Fantini Europa Ovini team with the Chinese 2.HC category competition. 9 stages in which #OrangeBlue can be int he battle for a stage victory.

The Chinese competition will be the penultimate race of the season, before the Tour de Okinawa, in Japan, which will mark the official closing of this 2018. 9 stages, with good opponents, as evidenced by the 2.HC category of the race. Many professional teams at the start, three Italian teams, in addition to the French Delko Marseille and Israel of Israel Cycling Academy among the others.
THE LINE-UP.

There will be 7 #OrangeBlue at the start, 5 Japanese and 2 Italians. Imerio Cima is the fast wheel of the team that after a troubled season due to injuries has been able to find continuity in the last month collecting podiums and placements, in addition to the best young jersey at the Tour of Taihu Lake. In the stages aimed at sprinters will try to hit its first success among the PRO. With him the couple of Japanese sprinters Hayato Yoshida and Hayato Okamoto, reaching important points for Japan and for the Asia Tour standings. Masakazu Ito the climber of the team, Kohei Uchima, Hiroki Nishimura and Alan Marangoni the team workers ready to help classmates.

On the team-car there will be the Japanese DS Shinichi Fukushima: “Our goal is battle for a sprint victory, with our fast riders such as Imerio Cima, Hayato Okamoto and Hayato Yoshida. Also important for us to get UCI points with the General Ranking, where our leader will be Ito. Uchima and Nishimura have to work for the team and try to be in the escape. Alan Marangoni has a good condition, he is important as captain and to lead sprinters.”