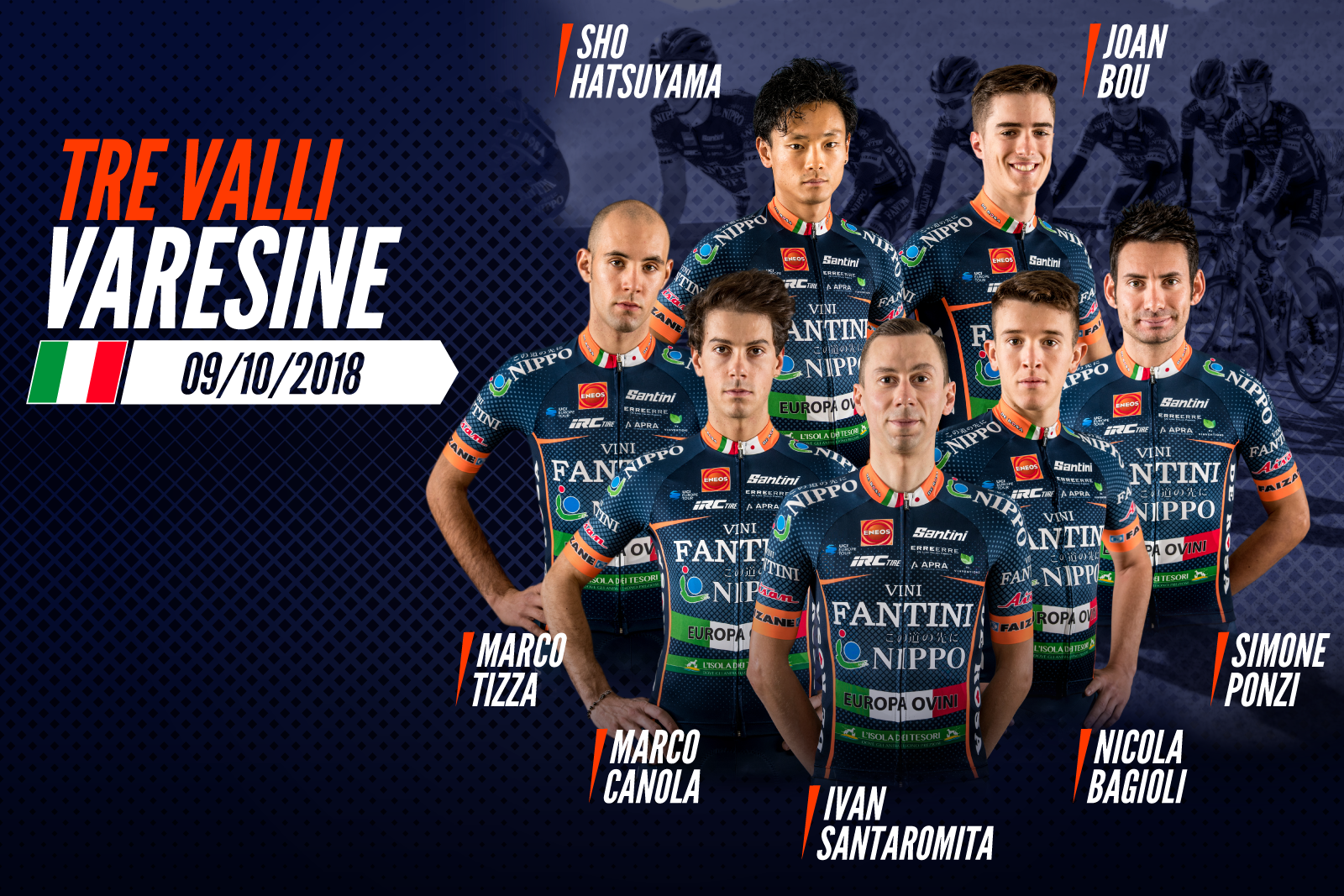 Everything is ready for the closure of the Trittico Lombardo. Ivan Santaromita on the way home, with Marco Canola, Nicola Bagioli, Marco Tizza and Simone Ponzi ready to play an important role. Joan Bou and Sho Hatsuyama ready to work for the team. Highlights of the race will be available from 5.00 pm on Facebook, thanks to PMG Sport.

212km to ride between Saronno and Varese. Everything is ready for the closure of the Trittico Lombardo with the Tre Valli Varesine, which will be held for dinner on Tuesday 9 October. For the NIPPO Vini Fantini Europa Ovini team, great ambitions, despite the thick and strong competition. 13 in fact the World Tour teams at the start and numerous high-level professionals expected at the start.

THE LINE-UP.
Ivan Santaromita, on his “home roads” and with a path that is congenial to him, will be the leader of the #OrangeBlue, who will also have in Marco Canola and Nicola Bagioli two precious riders to battle for the full the result. Marco Tizza and Simone Ponzi have shown good condition and are preparing for an important race for them and for the team. Sho Hatsuyama and Joan Bou complete the line-up and are ready to enter in action from afar and to help their teammates in key moments.

THE DECLARATION.
On the team car Mario Manzoni will be the Sports Director: “Tre Valli Varesine is an important Italian race that fits with our leaders skills. Our top rider will be Ivan Santaromita because the road will be a little bit harder in respect to the previous edition and because for him it is the home race. But also Marco Canola and Nicola Bagioli can be in the battle. Simone Ponzi and Marco Tizza can both play a role in the final moments, while Joan Blu and Sho Hatsuyama will work for the team. The level of this race will be very high with many world tour and top competitors, but we have to make a good race.”

The race highlights will be streamed on the Facebook official page of the team in collaboration with PMG Sport.