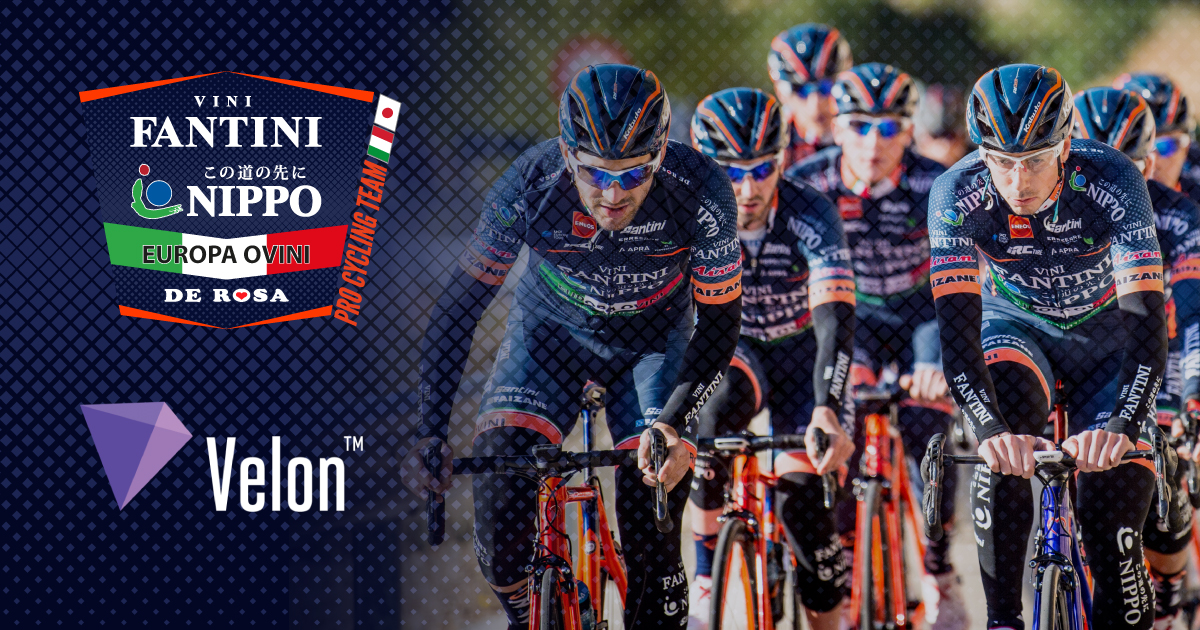 The team and Velon started a collaboration in some races of the 2017 calendar. The partnership is now official, with the aim to bring fans closer to the cycling action and inside the race. The partnership will be active during all the World Tour races of the team calendar and in the innovative Hammer Series format.

The Italian-Japanese team has been the first Professional team worldwide to start a first collaboration with Velon during some races of the 2017 season calendar. From the 2018 season the team is officially part of the network of Velon, with the aim to bring fans closer to the action and inside the backstage of a Professional cycling team.

The agreements mean that the teams share in the Velon content position, their riders showcase their race performance with live data and video content, all of which is shared with the organisers, teams, race broadcasters and, most importantly, the fans. The data system shows speed, power (watts), cadence (revolutions per minute) and heart rate as part of the teams’ commitment to opening up the sport and building a fan engagement platform together with Velon, the marketing, media and technology company for pro-road cycling. A partnership between Velon and the NIPPO Vini Fantini Europa Ovini team that has already started in Ruta del Sol, Strade Bianche and Tirreno-Adriatico.

The partnership will continue in many important races, such as Milano-Sanremo, the Tour des Fiords (Nor), Hammer Stravanger (Nor), Hammer Limburg (Ndl) and Tour de Suisse (Sui).

The General Manager of the NIPPO Vini Fantini Europa Ovini, Francesco Pelosi, declared: “The philosophy and the approach of our team match perfectly with those of Velon. Our common desire is to communicate cycling in a new and innovative way, bringing the fans inside the race and in the backstage of a professional team. For this reason we were the first Italian and professional team worldwide to collaborate with Velon at the beginning of the 2017 season in long-established Italian races and in brand new races such as the Hammer Series and the Tour of Guangxi. Our partnership with Velon, together with other top professional teams, is now official and together we hope we can reach a new public giving the fans always new chances to be inside the race with innovative communications.”

The partnership agreements signed so far for 2018 are with:

To this link the official Velon press release.