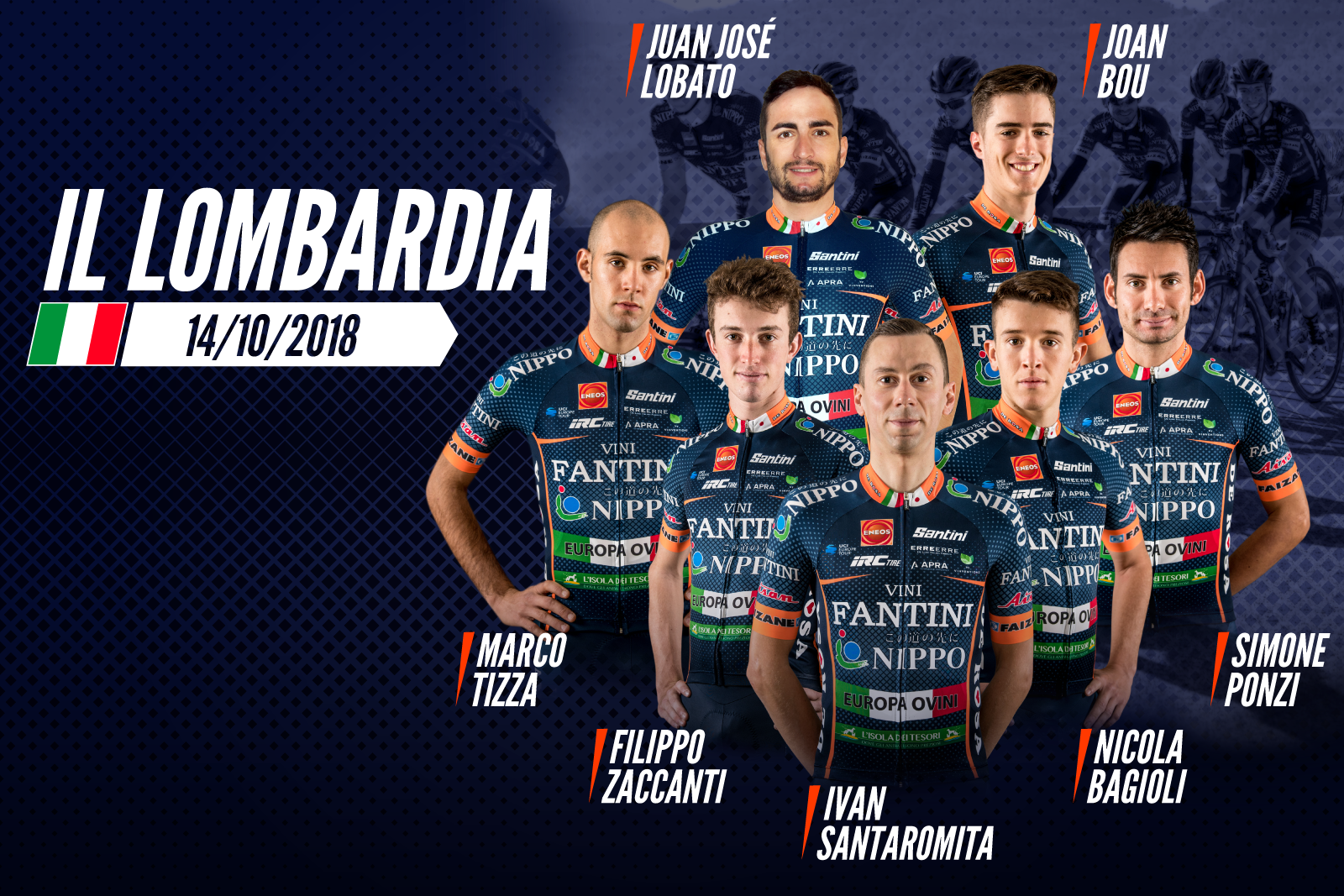 NIPPO VINI FANTINI EUROPA OVINI: A FULL WEEK-END IN 4 DIFFERENT NATIONS. IL LOMBARDIA, HAMMER SERIES AND OITA TO RIDE, WHILE IN CHINA THE TEAM WILL RIDE THE FINAL STAGES OF THE TOUR OF TAIHU LAKE.

Challenging weekend for NIPPO Vini Fantini Europa Ovini. Saturday “Il Lombardia” the prestigious Italian classic that will close the European team calendar. On Sunday the final event of the Hammer Series in Hong Kong, while in Japan 4 #OrangeBlue will be at the start of the Oita Urban Classic. Finally, in China, the last two stages of the Tour of Taihu Lake will take place this week-end.

Challenging weekend for the #OrangeBlue involved in 4 competitions, in 4 different countries and on 2 continents. Saturday in Italy great expectation for “Il Lombardia”, the autumn Italian big classic, will see 7 #OrangeBlue at the start. Sunday in Hong Kong the team will also ride the final of the Hammer Series, with the double sprint and chase competition that will elect “the best team in the world”. The #OrangeBlue come to the final event as the best Professional team in the standings. In Japan, the Oita Urban Classic will involve 4 #OrangeBlue athletes while in China the final stages of the Tour of Taihu Lake will take place.

Without a doubt the most prestigious event of the week-end will be the World Tour race and great Italian classic that will close the European team season. 7 riders at the start, with the climber Ivan Santaromita as team leader. Filippo Zaccanti and Nicola Bagioli the young Italian climbers at his side, with Marco Tizza, Simone Ponzi, Juan Jose Lobato and Joan Bou ready to ride the over 4,000 meters of overall difference in altitude.

On the team-car there will be the DS Mario Manzoni who comments with these words:“We will certainly aim to make an attack to center the day’s breakaway with quality riders like Nicola Bagioli and Simone Ponzi, while Ivan Santaromita will be our leader and with him Marco Tizza will work in a group to keep the pace of the best. Filippo Zaccanti and Joan Bou will compete for the first time in their careers and will be a great personal challenge for them. It will be a beautiful and tough race as always, and for this reason the role of all team men will be important also for those like Juan José Lobato who is less led to this kind of roads and with some difficulties after the bad fallen Gran Piemonte, he will work for teammates.”

Big Sunday awaits for the final event of the Hammer Series, the brand new format realized by Velon where the triumph is not the single athlete but the team. The final event will take place in Hong Kong, with a double challenge that will involve the sprinters first, and then give life to the team chase that will determine the winner of the last event and the entire “Hammer Series” 2018. The team, already engaged in the last May and June in the Hammer in Norway and the Netherlands is presented at the final event as Best Professional Team. So it’s an important race for the #OrangeBlue that the team captain Marco Canola will be part of the line-up. With him also the other fast wheel of the team Eduard Grosu, an important athlete also for the team pursuit, as well as the expert Alan Marangoni. The Japanese athletes Kohei Uchima and Hideto Nakane complete the line-up. Eduard Grosu will then tighten his teeth to be at the start after the bad fall occurred to the Gran Piemonte.

4 riders of the team will be involved also in Japan. On Saturday the Criterium, on Sunday the official race: the Oita Urban Classic. The first participation of the Italian-Japanese team to the Japanese competition where Masakazu Ito will be the leader of the team and with him Damiano Cima, Sho Hatsuyama and Marino Kobayashi.