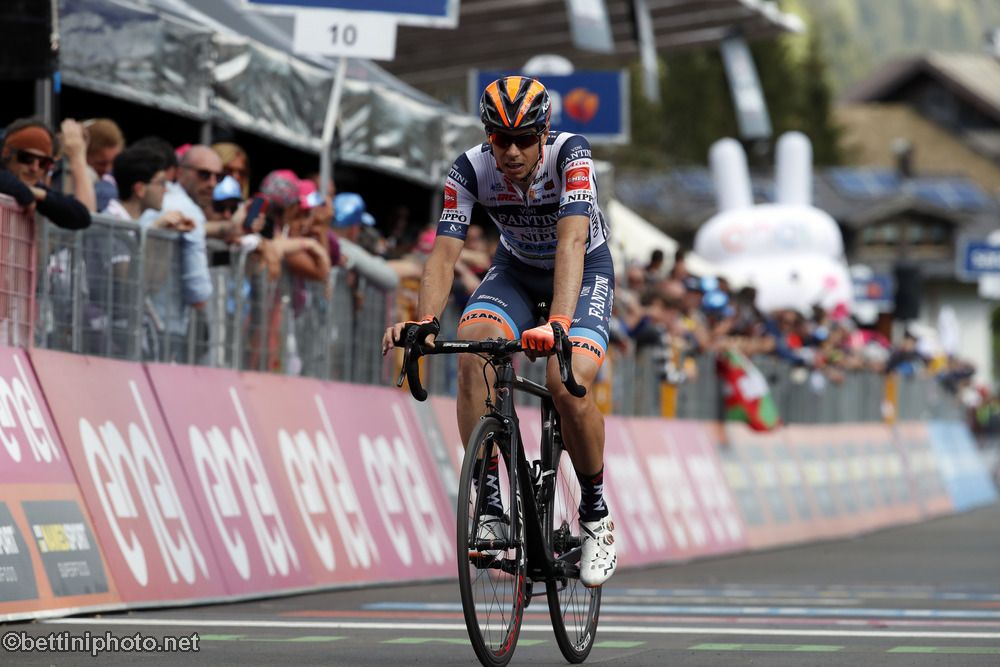 After the massive success of Damiano Cima in stage 18, Marco Canola and Ivan Santaromita reached the good breakaway of the 19th stage. At the end Marco Canola also tests a solitary action to anticipate the climbers and Chavez, taken back, he closes with a final 7th position.

From the victory of Damiano Cima, to the attacks of Marco Canola and Ivan Santaromita, NIPPO Vini Fantini Faizanè is again protagonist of this grand finale of the Giro d’Italia. The athlete from Vicenza and the winner of the 2013 Italian Championship go to attack by entering the 12-man attempt that arrives at the finish line with a 5-minute lead over the pink jersey group.

Shortly before the final climb, Marco Canola is very good at trying to anticipate his fellow runners gaining about twenty seconds on the Chaves group. Taken by the climbers present in the breakaway, he is good at continuing with his own pace, repeatedly approaching the leaders and closing with a seventh final place in a stage that is certainly not ideal due to its characteristics, especially considering the presence in the escape of a pure and great champion like Esteban Chaves. For Marco Canola it is the second top 10 in this Tour of Italy after the one won in the sprint in stage 8 on the Pesaro finish line. Twelfth at the finish line the other athlete #OrangeBlue Ivan Santaromita who paid for the physical problems that occurred during the second week (first due to a fall then due to intestinal problems), but which appeared to be recovering.
The NIPPO Vini Fantini Faizanè team has thus again become the protagonist of an attack action that animated the Giro d’Italia and reached the fourth top 10 of this Giro which adds to the wonderful victory of Damiano Cima.