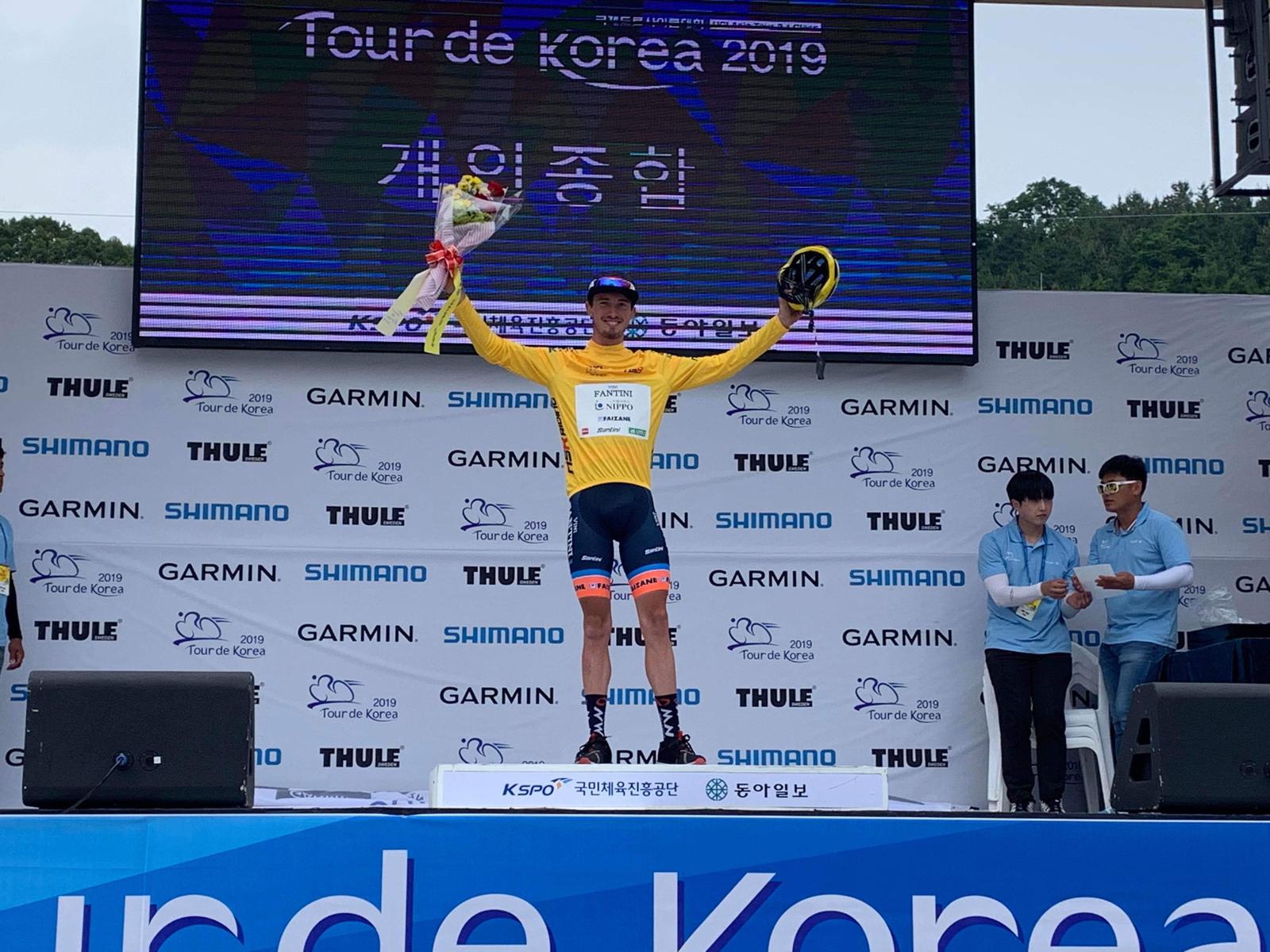 Good third stage of the Tour de Korea for the NIPPO Vini Fantini Faizanè team. Filippo Zaccanti is second in today stage and he is the new general ranking leader. Two stage missing until the end of the race, in which the young Italian climber will try to preserve the leadership.

Filippo Zaccanti is the new yellow jersey of the Tour de Korea. Two stage until the end with the young Italian climber that will try to maintain the leadership reached thanks to the -50km and strongly desired by the team. His advantage in the general ranking is about 41 seconds on Ben Perry, the Canadian rider of the Israel Cycling Academy.
THE THIRD STAGE.

Third stage with a first action of several athletes in front of the group until mid-race. The bunch is leaded behind by the NIPPO Vini Fantini Faizanè team.Thanks to a good team forcing the team is good at getting back into the toughest part of the race where a long climb helped to skim the group that returns compact at less than 46km from the finish line, when the cards are shuffled and the two attackers of the day starts their action: the Canadian of the Israel Cycling Academy Ben Perry and the #OrangeBlue rider Filippo Zaccanti.

At less than 30km the advantage of the two strikers goes up to 2’30 ’and proceeding with regular changes they are good at managing themselves until the final sprint, where the Canadian Ben Perry is good at imposing himself. Filippo Zaccanti second on the finish line wins the leadership of the general ranking when at the end only two stages are missing.

Today also Juan Josè Lobato is in the final top10 of the stage, while Hideto Nakane is in the General Ranking top10.

“We have been working well as a team to give me the chance to be in the breakaway with Ben Perry, then we collaborate in the right way to reach the success, the stage success for hime and the General Ranking for me. Close to the finish-line I knew that he was faster but for me it was also important to gain as much as on bunch thinking to the general ranking. Now we will try to keep the jersey, we know that among the two remaining stages the hardest one will be the one of tomorrow.”
THIRD STAGE RANKING.