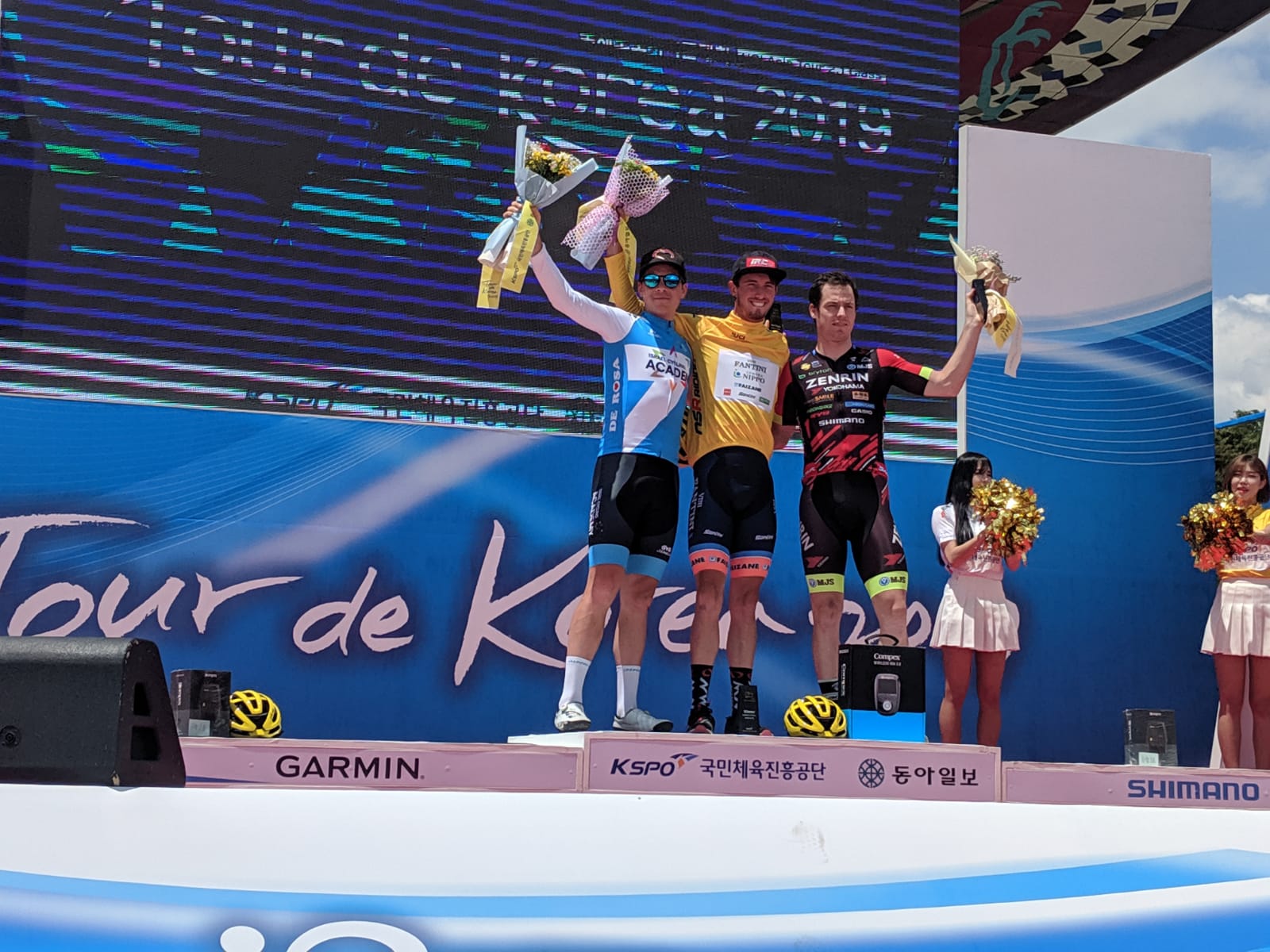 Now it is official, Filippo Zaccanti has won the Tour de Korea, completing a great teamwork, crowned also by the award for Best Team of the Asian competition.

The fourth seasonal success for the NIPPO team Vini Fantini Faizanè has arrived, to put him on the mark is the young Italian rider Filippo Zaccanti, who has carried out a great teamwork in particular in the last stages to conquer first and then keep the yellow jersey of leader of the general ranking. The #OrangeBlue were also awarded as “Best Team” by virtue of the final ranking.

Victory in the overall standings, victory as the best team, 1 stage podium and 5 top10, this is the final results of the Tour de Korea, that the team returns to win after the success of Grega Bole in 2016.
THE STATEMENT.

Filippo Zaccanti is happy and grateful for the success with all his comrades: “First of all, I want to thank my companions and the Sport Director, they were really good and decisive for my victory. Well done the day we took the shirt closing on the current action and allowing me to enter the decisive and fundamental one yesterday to preserve it, starting with Yoshida, Nishimura and Ito who controlled the race then Nakane in the final was important as well as Lobato, not only in the race but also with his advice as a more experienced rider. Today we can finally celebrate this victory that we all wanted strongly. “
The number of victories of the Italo-Japanese team in the season therefore rises to 4, all conquered by young and Italian athletes, launched into professionalism by the NIPPO Vini Fantini Faizanè team and allowed to grow day by day. 2 in fact the victories of Giovanni Lonardi (22 years), 1 that of Filippo Zaccanti (23 years) which add up to that of Damiano Cima (25 years) arrived on the roads of the Giro d’Italia.