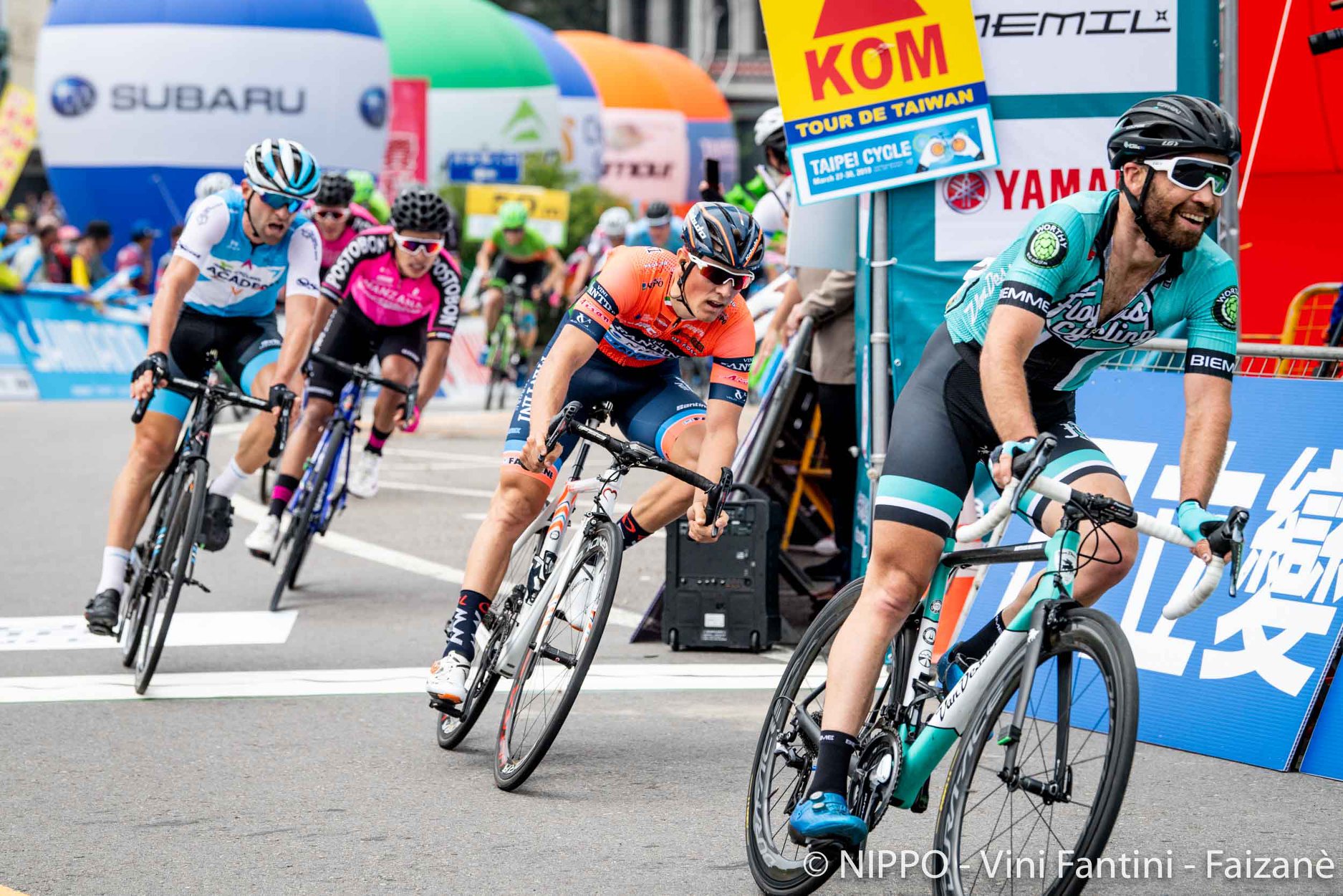 Second place in the sprint, in the second stage of the Tour de Taiwan for the young Italian sprinter who in the first year among the PRO continues to amaze and get closer to his first victory. Fourth podium of the season for him.

Second place for Giovanni Lonardi in the second stage of the Tour de Taiwan.Fourth podium of the season for the young Italian talent launched among PROs by the NIPPO Vini Fantini Faizanè team just three months ago.
Second stage of the Tour de Taiwan that was quiet until the final 40km when the day’s climbs started. The #OrangeBlue sprinter was good at not losing the wheels of the best to be able to play his chances in the final sprint.

These are his words after the finish-line: “A second place that leaves me with some regrets, because I didn’t know very well the final that was a bit downhill up to 200 meters and then a dry curve where I made myself be too far behind. I started my comeback in sprint too late to take the second place, but I am sure that by playing better my chances I could have won the final. I will definitely try again in the next stages.”

Three stages at the end of the Tour of Taiwan where there will also be space for the team’s climbers with Hideto Nakane, supported by Masakazu Ito and Ruben Acosta ready to be the protagonist. Other chances in sprint in sight also for Giovanni Lonardi.