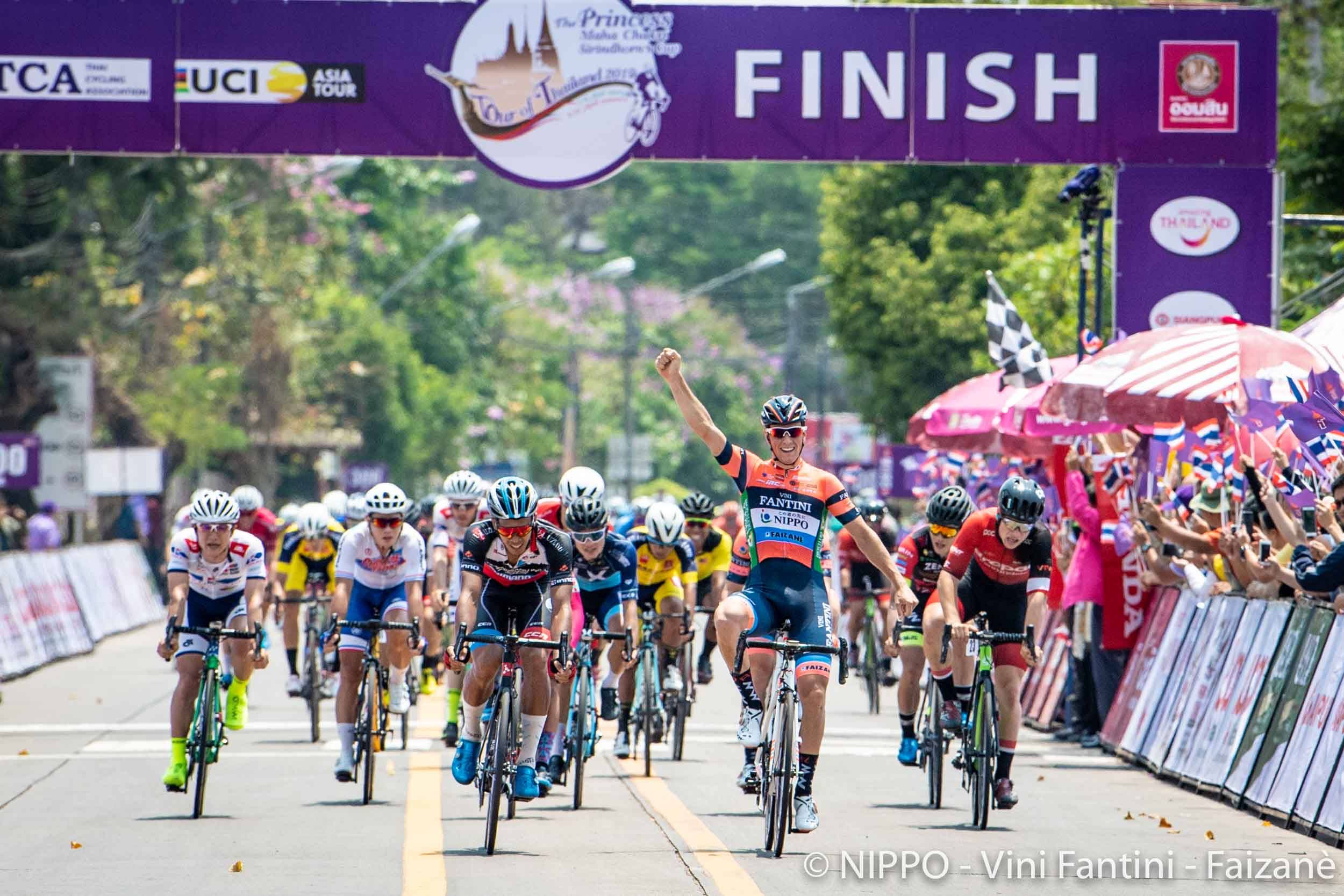 Second success of Giovanni Lonardi among pros. He begins the Tour of Thailand in the same way he closed the Tour de Taiwan, winning the stage. The #OrangeBlue riders was able to reach the best result thanks to a big work of all his teammates.

What a great start among pros for Giovanni Lonardi. 7 stages, 2 victories, 5 podiums reached in two continents, Europe and Asia. The young Italian sprinter starts very well his career, demonstrating to be able to maintain the good things he did in the Under23 category where he reached a victory also in the Giro d’Italia Under23.

The Tour of Thailand is the second Asian race of the team and it opens in the best way as possible. Giovanni Lonardi wins again as he made in the last stage of the Tour de Taiwan. Today in the first stage he was able to finalize a big effort made by all the team before on closing on the breakaway of the day and then on launching him for the final sprint.
“I want to thank all my wonderful teammates”, tells Giovanni Lonardi, “in particular Imerio Cima, that has drives me until the final 200meters. It is wonderful to re-start in the same way we ended in Taiwan.”

In the daily top5 there is place also for Imerio Cima thanks to the speed made to launch Giovanni Lonardi he reached a final 4th. 5 stages remaining, with other chance of success for the #OrangeBlue riders.

Statistical curiosity, the 1st of April is a successful day for the NIPPO Vini Fantini Faizanè team. In the same day of 2017 Marco Canola won his first race with the #OrangeBlue jersey, the first of a long series. In 2019 Giovanni Lonardi won his second race with the team. In terms of numbers of seasonal victory it is the best start of the season of this 5 years as a Professional team.
STAGE RANKING.