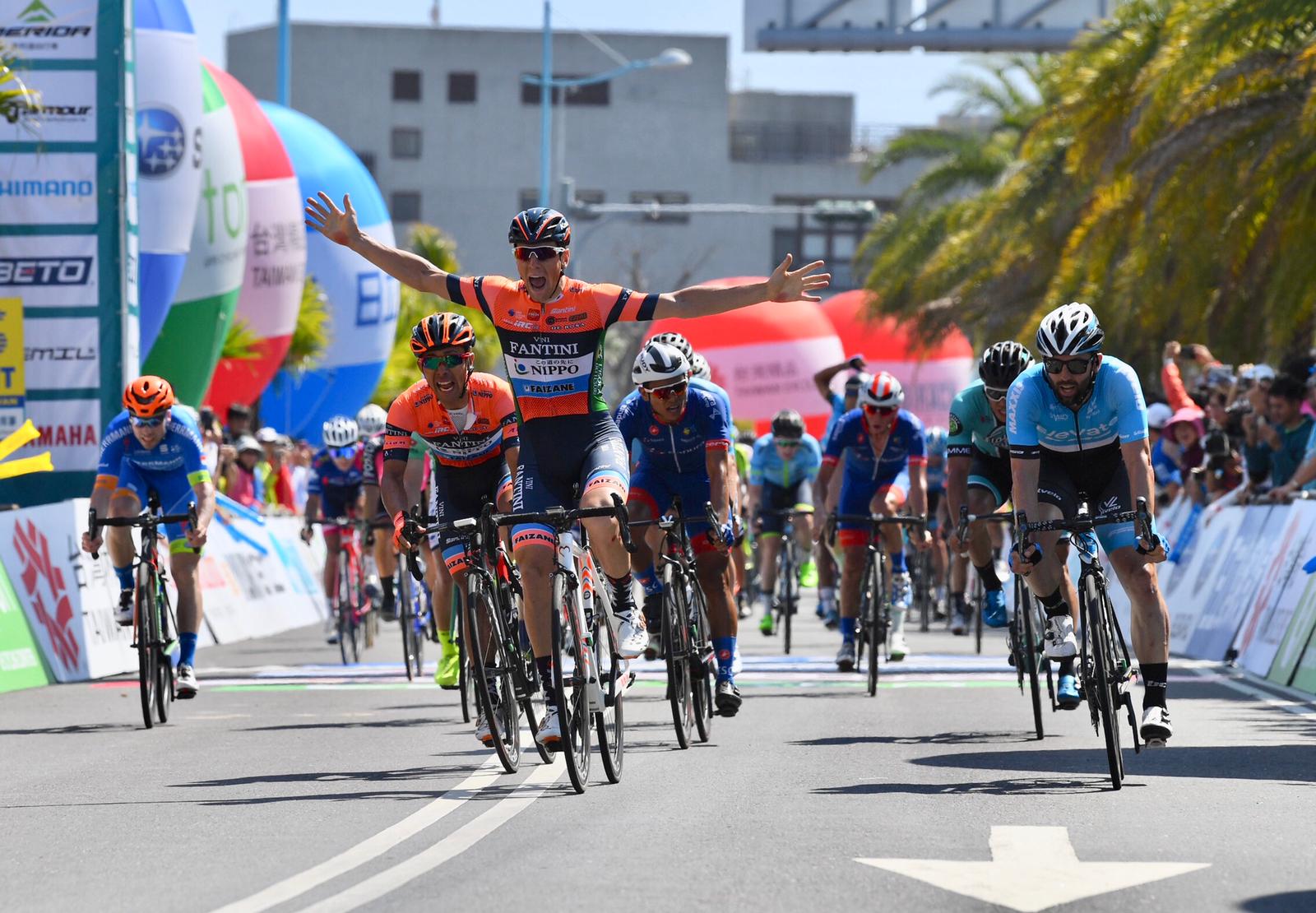 Giovanni Lonardi wins the fifth and last stage of the Tour de Taiwan, on the podium event the Japanese teammates Hayato Yoshida. 6 races among PROs, 5 podiums, one victory, this is the score of the young Italian sprinter that gives to the NIPPO Vini Fantini Faizanè team the first seasonal success. On the final stage podium also Hayato Yoshida with a very good third place. The #OrangeBlue have been awarded also as the Best team in the competition.

The fifth and last stage of the Tour de Taiwan gives great to the #OrangeBlue team. First victory among PROs that is also the first seasonal success of the team. A strong victory builded together with his Japanese teammates Hayato Yoshida that reached the third place giving to the team a wonderful double podium and the victory of the team ranking. Giovanni Lonardi went very close to win even the point jersey ranking with a final second place in the special ranking.
GIOVANNI LONARDI, THE YOUNG ITALIAN SPRINTER.

Born in Verona in 1996, in this first months as a Pro rider he rode 6 races with the #OrangeBlue jersey reaching 5 podiums and today his first victory. A wonderful debut for him that also among Under23 well impressed last season reaching many successes like the Giro d’Italia Under23 stage victory and the Popolarissima victory, wearing already also the National Selection jersey.

Today a relevant first success, in the Tour de Taiwan, involving also his teammates Hayato Yoshida in the sprint. The Japanese sprinter following the Italian teammates reached an important third place very important to increase points for Japan in Asian Competitions. A double goal reached with this important double podium.

“I’m really happy of this victory, because in this first part of the season I went so many times very close to the victory and I really wanted to reach this success. For me is only a starting point now we must keep pushing hard to improve and win other important races.”

3 podiums, 3 top10, one victory and Best Team Ward. This is the final balance of the team at the end of the Tour de Taiwan. Together with the victory and 3 podiums of Giovanni Lonardi it is important the podium of Hayato Yoshida and the double top10 of the Japanese climbers Hideto Nakane and Masakazu Ito in the queen stage, all fo them contributing to the growth of Japan cycling giving important points to Japan in the Asian ranking. To celebrate the work of all the riders the important award as Best Team of the Tour de Taiwan.
STAGE RANKING: