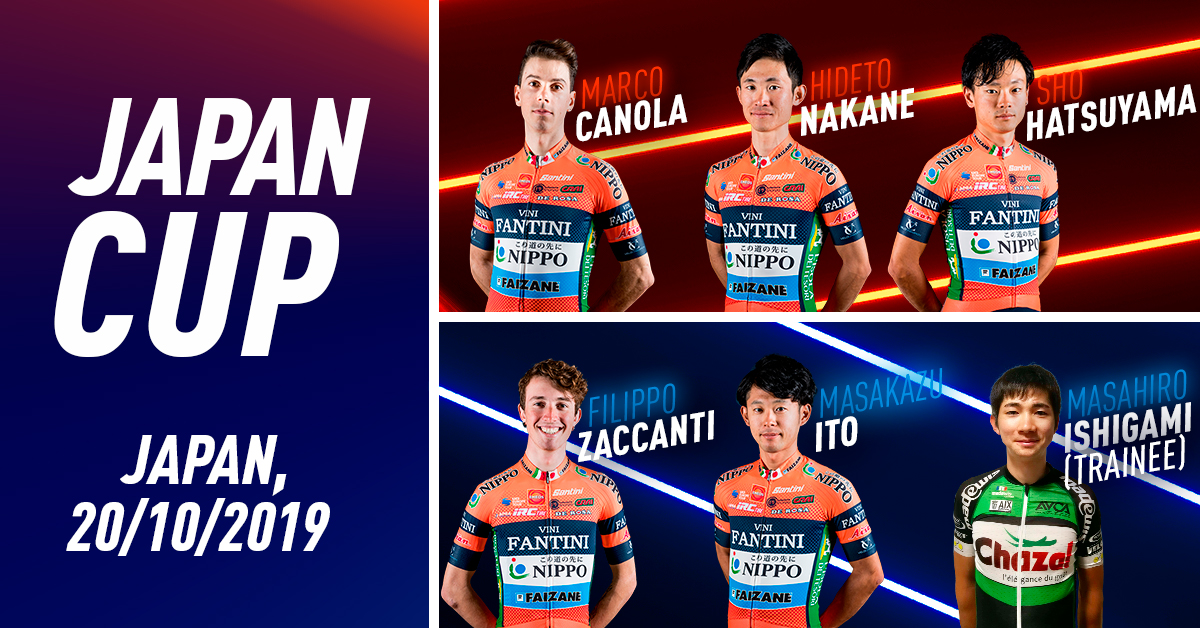 This week-end the NIPPO Vini Fantini Faizanè team will be racing the last competition of his 5 years history. Like in the best storytelling the big final will be at home, in Japan, in the most important race of that country, the one won by Marco Canola in 2017. On Saturday 19th the Criterium, on Sunday 20th the official race, the Japan Cup a race of 1.H.C. category.
THE LINE-UP.

For the big final of the team on the team car there will be the Japanese Team Manager Hiroshi Daimon leading a 6 riders roster. There will be the 2017 edition winner, the Italian rider Marco Canola, the only one until today able to win both the Criterium and the Japan Cup in the same edition. To the start also Hideto Nakane, one of the most representative Japanese riders, together with Sho Hatsuyama. To complete the roster the young Italian climber Filippo Zaccanti, already winner of one stage and the general ranking of the Tour de Hokkaido and together with Masakazu Ito and Masahiro Ishigami.