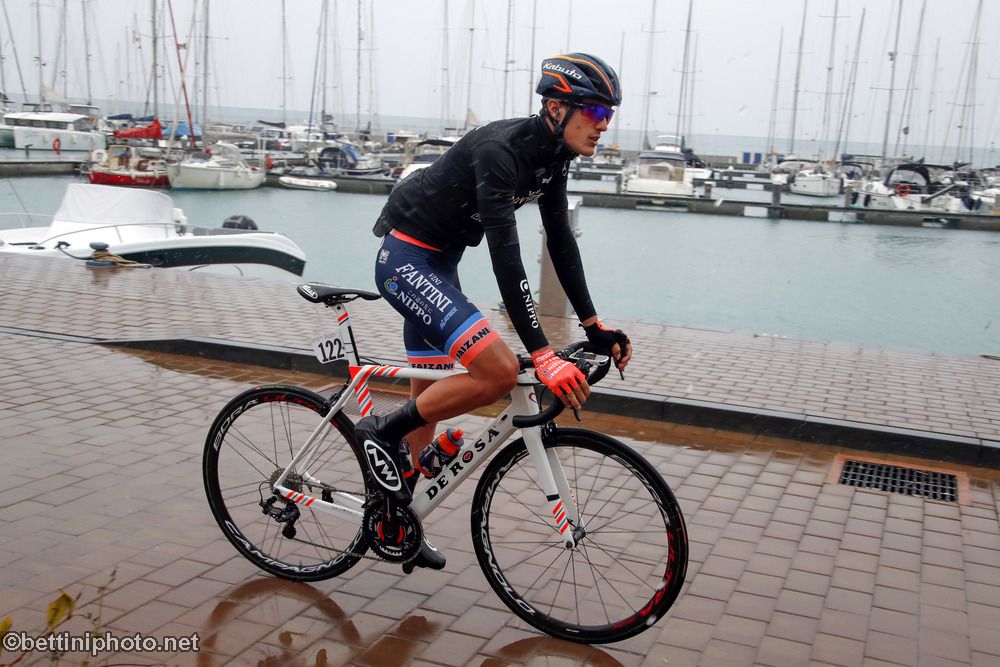 Second stage of the Giro di Sicilia particularly unlucky for the #OrangeBlue riders, with 3 crashes that affected the performance of Alejandro Osorio, Damiano Cima, but especially of the Spanish Joan Bou forced to retire due to a bad calf injury caused by the fall against the road guard rail. For him at least 3 weeks of absolute rest are expected before the resumption of sporting activity.

Second unlucky stop for #OrangeBlue with a fraction conditioned by falls and injuries. Falls with strong bruises for Alejandro Osorio and Damiano Cima, who keep strong and are expected to start the third stage. The young Spaniard Joan Bou will not be able to do the same, slipped during the stage and forced to retire due to a bad cut in the right calf caused by the impact against the guard rail. For him transported by ambulance to the nearby hospital of Termini Imerese, by the always efficient operators of the Croce Rossa following the race. For Joan Bou numerous external and internal stitches and a prognosis that will force him to about 3 weeks of absolute rest, before being able to resume sporting activity.
Tomorrow the third stage starts with departure from Caltanissetta, where there could be more space for the team climbers than the first two fractions concluded in the sprint.