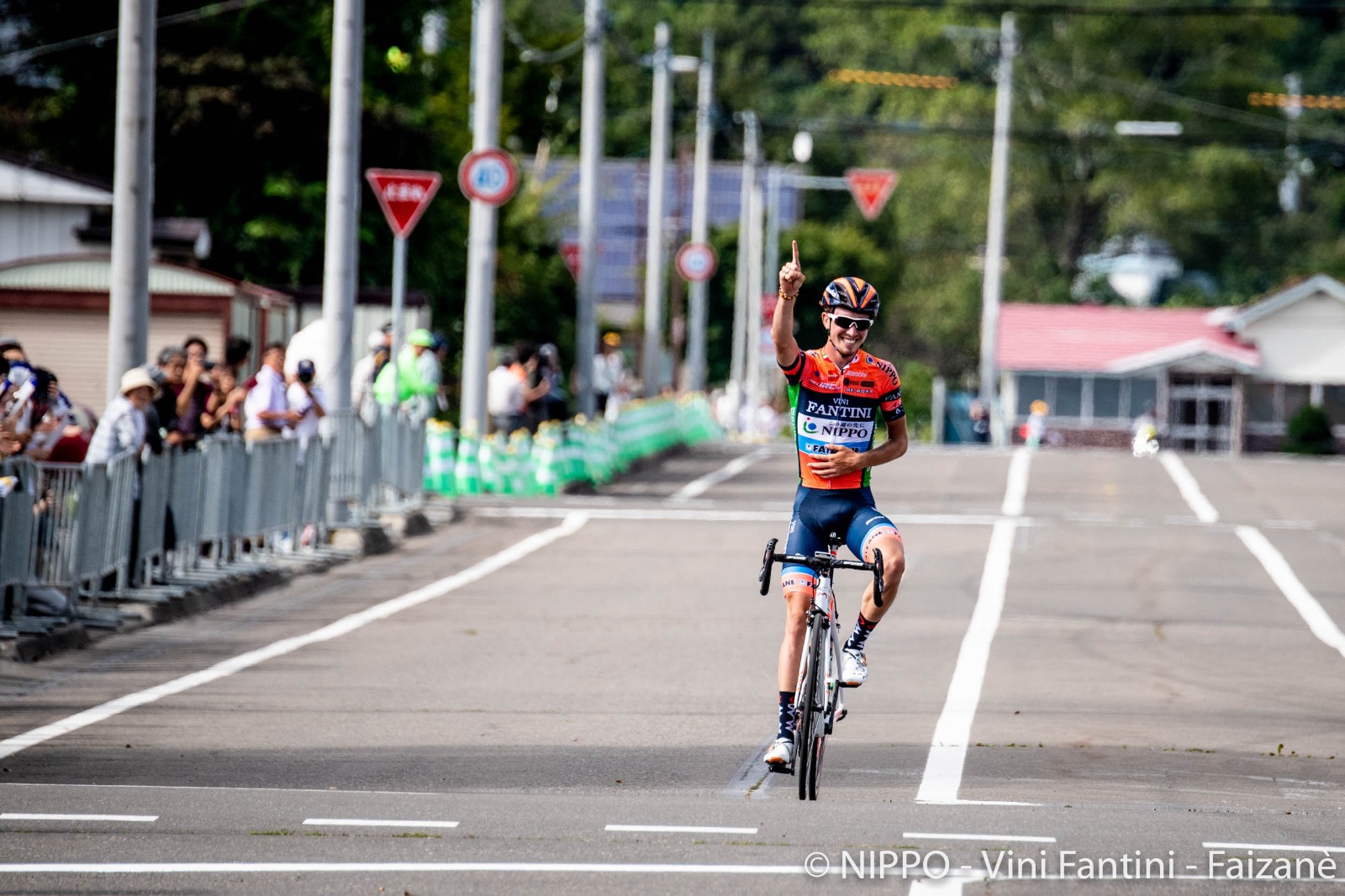 The NIPPO Vini Fantini Faizanè won the first stage of the Tour de Hokkaido with Filippo Zaccanti. As in the last 4 editions of the race, the #OrangeBlue team is among the main team in the race for results. This is the second success of Filippo Zaccanti in this season and the victory number six for the team.

Filippo Zaccanti wins the first stage of the Tour de Hokkaido and the NIPPO Vini Fantini Faizanè team reach the sixth seasonal success. A success that reached the culmination of a solitary attack by Filippo Zaccanti that in the last climb, at 25km from the finish-line, leave the other riders of the breakaway and begins his solo action winning the stage. He now is also leader of the General Ranking.

These are the words of Filippo Zaccanti at the end of the stage: “A fairly tough fraction I come back on the breaway on to the thirtieth km then behind the group did not insist and on the last climb I tried and I made the last 25km in a solo action, they seemed to never end, but they led me to victory and I’m really happy about that.”

This is the second seasonal victory for the young Italian climber launched among PROs by the NIPPO Vini Fantini Faizanè team, after winning the Tour de Korea general ranking. Sixth success instead for the #OrangeBlue that this year have won in 3 different continents, always with Italian athletes. In the weekend the second and third and last stage of the Tour de Hokkaido, where the team will try to look for another success and to defend the leader jersey of Filippo Zaccanti. Also noteworthy is the fourth stage stop of another young climber #OrangeBlue, this is Joan Bou, fourth on today’s finish-line in Shintoku.