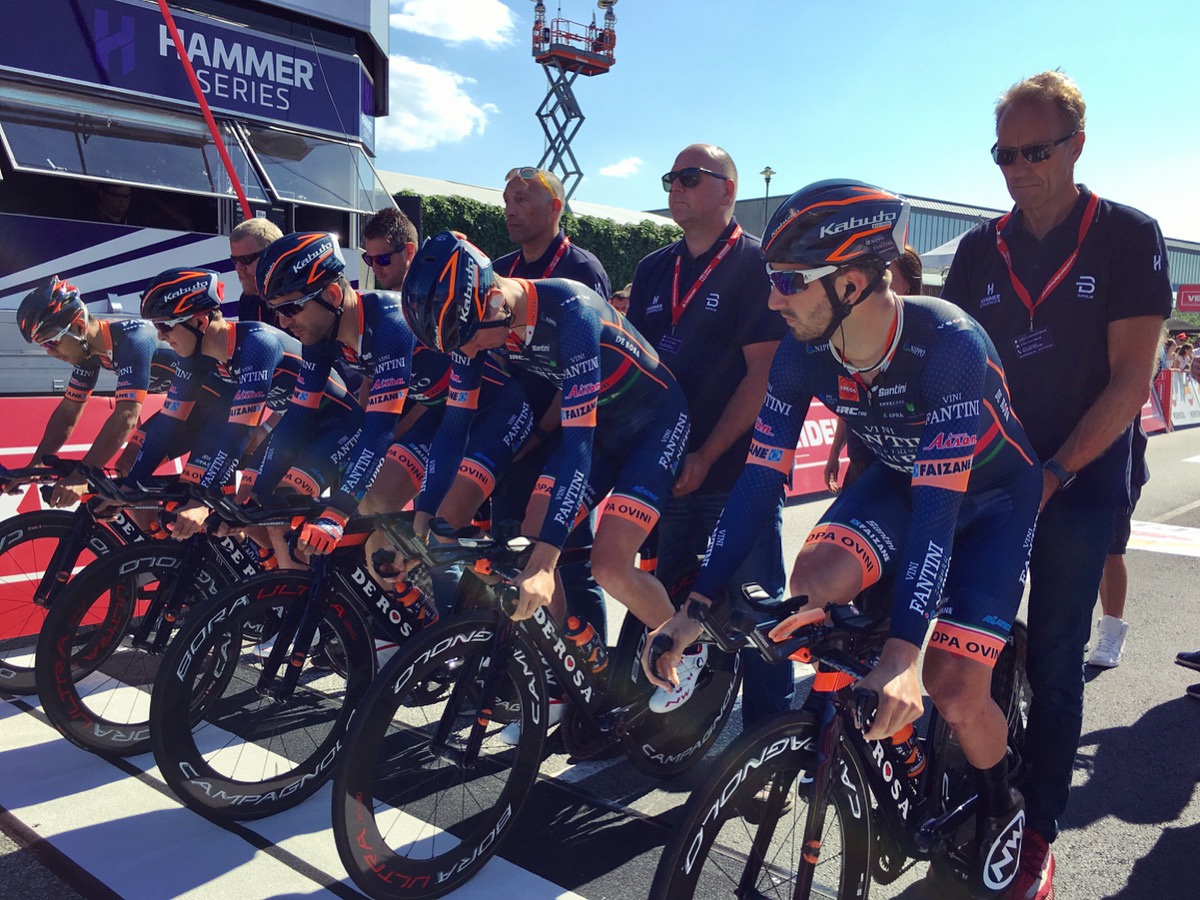 A week full of international events ends as a protagonist for the NIPPO Vini Fantini Europa Ovini Team, involved in the Tour of Japan and the Hammer Stavanger. In the japanese race Hideto Nakane achieved 4 top10 of the day, the 9th place in the general ranking, and the title of best Asian in the race. 3 podiums and 3 top10 achieved by team leader Marco Canola, who closes in second place the points ranking of the 2018 edition.

In Stavanger, in the first appointment of the 2018 Hammer Series, the #OrangeBlue team is the best Professional team in the race, finishing in 7th place the final general ranking.

The rich weekend of international races for the NIPPO Vini Fantini Europa Ovini team ends with two important results: Hideto Nakane is the best Asian in the Tour of Japan 2018 and the #OrangeBlue team is the best Professional team at Hammer Stavanger. Significant results that testify to a great teamwork and a willingness to be protagonists on several fronts.

The 2018 edition of the Tour of Japan, the Japanese race of great importance for the Italo-Japanese team, was completed today in Tokyo. The #OrangeBlue team was protagonist in each of the 8 stages thanks to the placings obtained by Marco Canola, Hideto Nakane and Simone Ponzi. 3 the podiums reached by Marco Canola in this edition which, together with the 3 top10 placings (last of which the today 5th place), allow him to reach the second place in the points ranking. A top10 for Simone Ponzi, a valuable team-worker for NIPPO Vini Fantini Europa Ovini team, and 4 placings for the Japanese climber Hideto Nakane, who earned him the 9th place in the overall ranking and the first place among the Asian riders present in the race. A very important result and wanted for the Japanese rider who manages to reach the first position in this special classification after the second place obtained at the Tour of Taiwan last March.

In the 8 stages of the Tour of Japan the work done by Damiano Cunego, Masakazu Itoand Sho Hatsuyama was fundamental to try to achieve victory in every stage and allow their teammates to get 11 placings.

The first Hammer Series of the 2018 season begins just as it ended in Limburg last year, with the NIPPO Vini Fantini Europa Ovini Team best Professional team at the end of the 3 days of competition. Many World Tour teams present at the Hammer Stavanger, the event format created in partnership by Infront Sports & Media and Velon which will take place in 2018 in 3 different locations. The #OrangeBlue team has been a protagonist since the first day dedicated to climbers thanks to the actions of the young Nicola Bagioli who manages to win valuable points for his team. On the second day of the Sprint is the turn of the sprinter Eduard Grosu who manages to impose decisive sprints for the fate of the ranking. Fundamental to be able to fit into the group of the best were the points achieved in two sprints by Nicola Bagioli and the work done by Alan Marangoni and Filippo Zaccanti to close on the attempts to attack. Starting in the group of the best teams, the #OrangeBlue team reaches the 7th place in the final classification, leaving behind some World Tour teams and all the Professional in the race. In the next stage of the Hammer Series in Limburg the team will try to increase their score in the final classification.