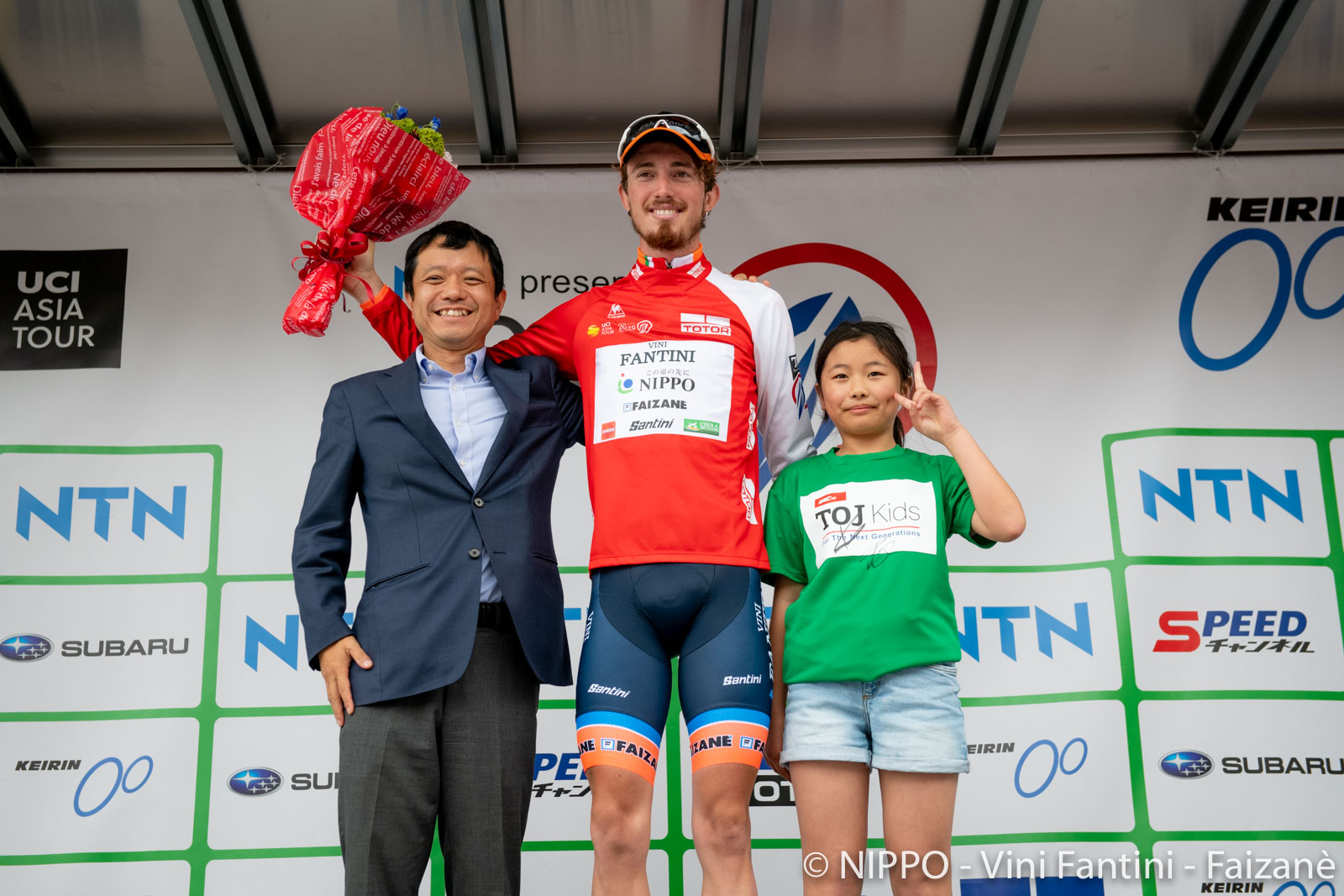 TOUR OF JAPAN: THIRD PLACE OF FILIPPO ZACCANTI, THAT IS ALSO LEADER OF THE GPM RANKING.

Team focused on two fronts with Giro d’Italia and Tour of Japan. In Japan Filippo Zaccanti is third of the stage and at the top of the GPM ranking. Behind him the group sprint set by Imerio Cima with a  final 4th place.

Rest day at the Giro d ‘Italia but double activity for the team with the team also engaged in Japan for the concomitant Tour of Japan, where Filippo Zaccanti is third in the second stage and already king of the mountains in the special GPM ranking.
TOUR OF JAPAN.

105 km traveled in the second stage of the Tour of Japan, with start and finish in Kyoto. The young Italian climber Filippo Zaccanti is among the attackers of the day, good at getting into the decisive action that reaches the finish line. During the stage he conquers all the GPMs available, jumping to the top of the special classification and thus wearing the special shirt of the climbers. For him, the third place of the stage with the sprint of the group behind the fugitives set by Imerio Cima, fourth of the stage. The #OrangeBlue sprinter had already shown a good leg in the initial Criterium where he took second place and prepares for the sprinters’ stage, in search of success.
8 the overall stages of the Tour of Japan, which will close next Sunday and many more opportunities for #OrangeBlue to aim for maximum results.