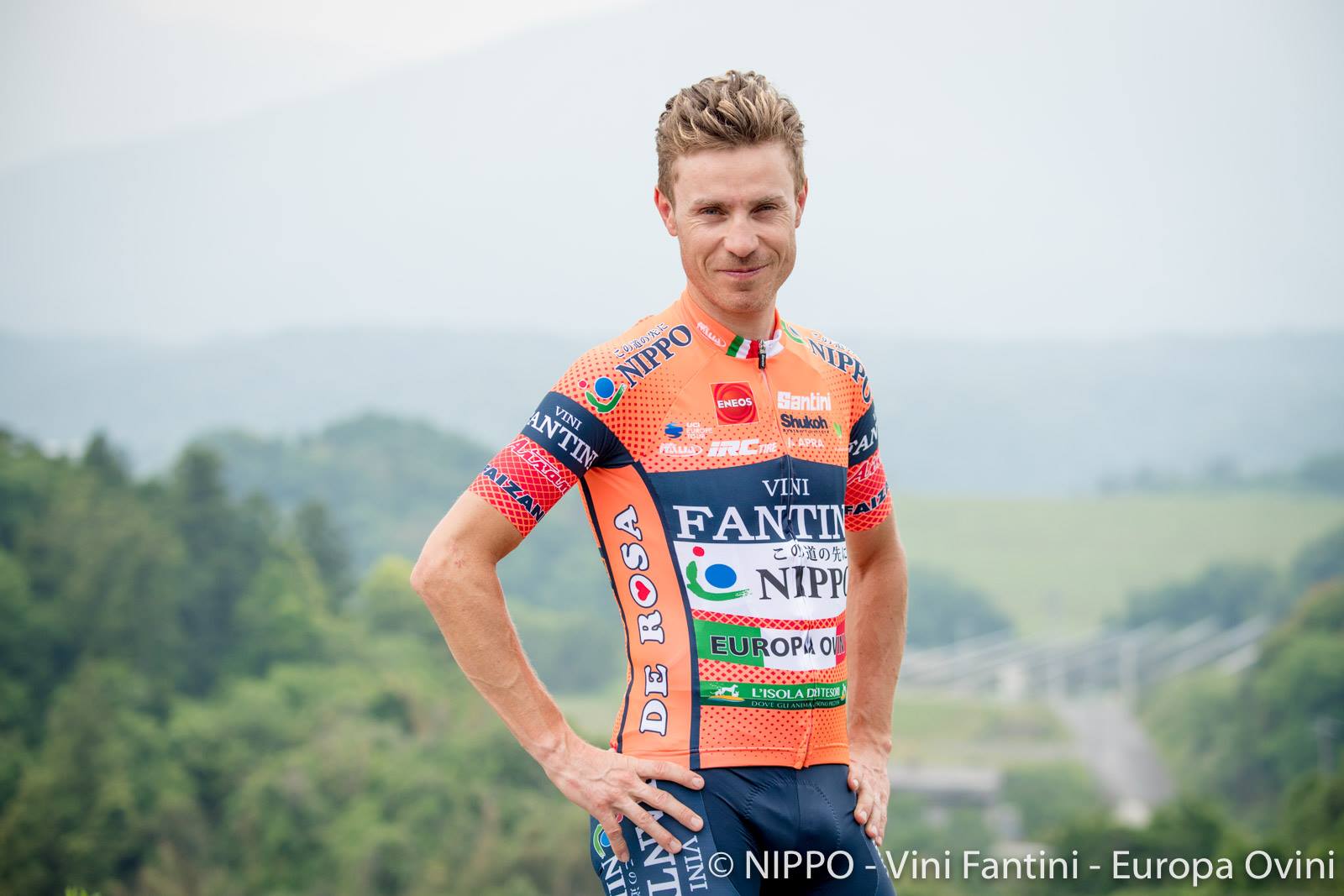 A TEAM SPECIAL EDITION JERSEY SIGNED BY SANTINI CYCLING WEAR TO RIDE THE TOUR OF JAPAN AND THE TOUR DE SUISSE.

The NIPPO Vini Fantini Europa Ovini team, thanks to a special UCI approval, will ride two of the most important events of the calendar with a special edition jersey, designed and realized by Santini Cycling Wear. The Orange jersey can be seen on the roads of the Tour of Japan starting from this Sunday and on the European roads of the Tour de Suisse from 9th to 17th of June.

Tour of Japan and Tour de Suisse will represent two big moments for the NIPPO Vini Fantini Europa Ovini team. The Asian race represents, together with the October Japan Cup, the “home race” of the Italian-Japanese team. The Tour de Suisse, that will start the next 9th of June represents one of the top race of the World Tour international calendar, a Big Tour in which the NIPPO Vini Fantini Europa Ovini team will be the only Italian team to the start having received one of the 4 Wild Card given by the organizers.

To celebrate the participation to these two big events Santini Cycling Wear have designed and realized a special Orange jersey, that will be noticed for sure inside the bunch of the two competitions. The blu navy, typical of the team since the 2015, will remain predominant in the shorts and together with the new jersey will compose a perfectly balanced #OrangeBlue jersey. The elegant made in Italy design presented at the begin of this year will be maintained. The special jersey has been realized also thank you to the special approval given by the UCI to the NIPPO Vini Fantini Europa Ovini team.

A NEW JERSEY TO BATTLE FOR “LEADER JERSEYS”.

A new jersey, extremely performing and with high technical standard, to try to win leader jerseys of the special rankings in the two competitions. In the Tour of Japan the team will ride with Marco Canola, leader of the point ranking in 2017 and Sho Hatsuyama king of the mountain leader in 2017.

Damiano Cunego and his teammates will try to be in the battle also for a special jersey in the Tour de Suisse. The size would fit perfectly, thanks to the fact that also the leader jerseys of the Tour are made, in Lallio – Italy, by Santini Cycling Wear, technical partner both of the team and of the Tour de Suisse.