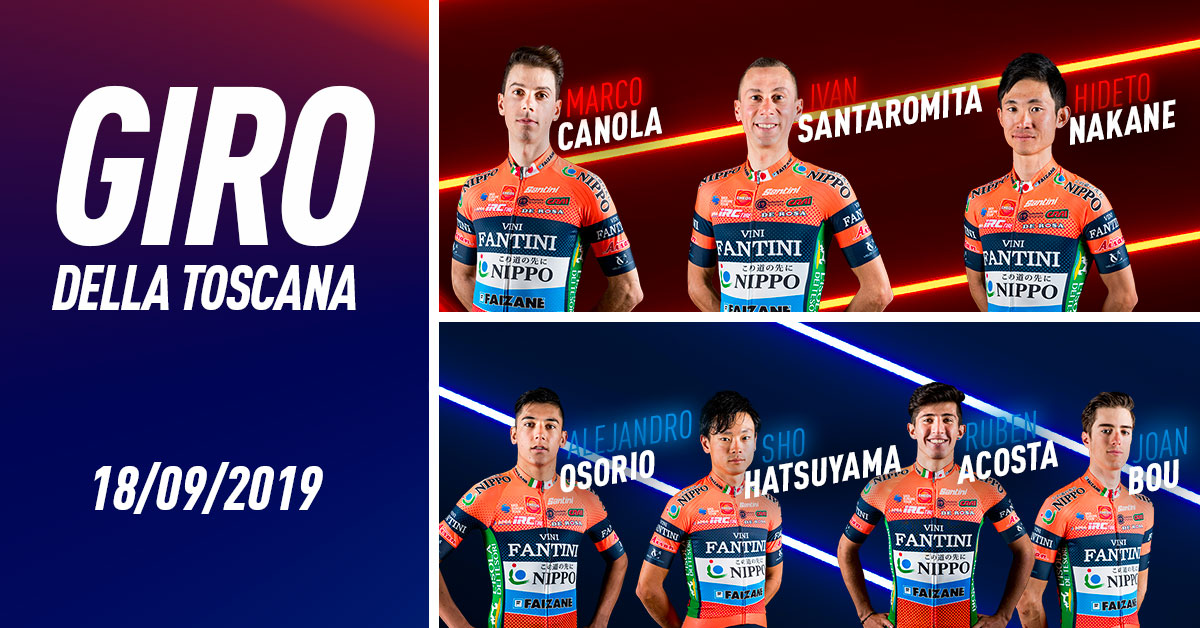 The NIPPO Vini Fantini Faizanè team after the podium reached in Coppa Bernocchi is ready to go further with the Italian calendar. Giro della Toscana that will be the climber territory, Coppa Sabatini with the spaniard Juan Josè Lobato looking for another success after the victory of 2018 edition.

Wednesday 18th and Thursday 19th of September, a double appointment with the Italian calendar: Giro della Toscana and Coppa Sabatini. The road of the Giro della Toscana has been recently changed with the Mount Serra that will be climbed in the opposite direction in respect to  the previous edition of the race.
THE LINE-UP.

The Coppa Sabatini line-up will involve more fast riders, such as the sprinters Imerio Cima, Giovanni Lonardi and Damiano Cima, even if the final part of the race could be a little bit harder and perfect for Juan Josè Lobato (the winner of 2018 edition) and Marco Canola. Joan Bou and Sho Hatsuyama will complete the line-up.

Mario Manzoni will be the Sports Director on the team car:

“Our riders are very motivated coming from a good podium reached in Coppa Bernocchi. We will have two different line-up, for the Giro della Toscana we expected a good race from our climbers, such as Hideto Nakane, Ivan Santaromita, Joan Bou, Alejandro Osorio and Ruben Acosta, but also Marco Canola is in a good condition. In Coppa Sabatini for sure we want to do great things after the victory of the last year, with riders strongly motivated such as Juan Josè Lobato and Marco Canola.”