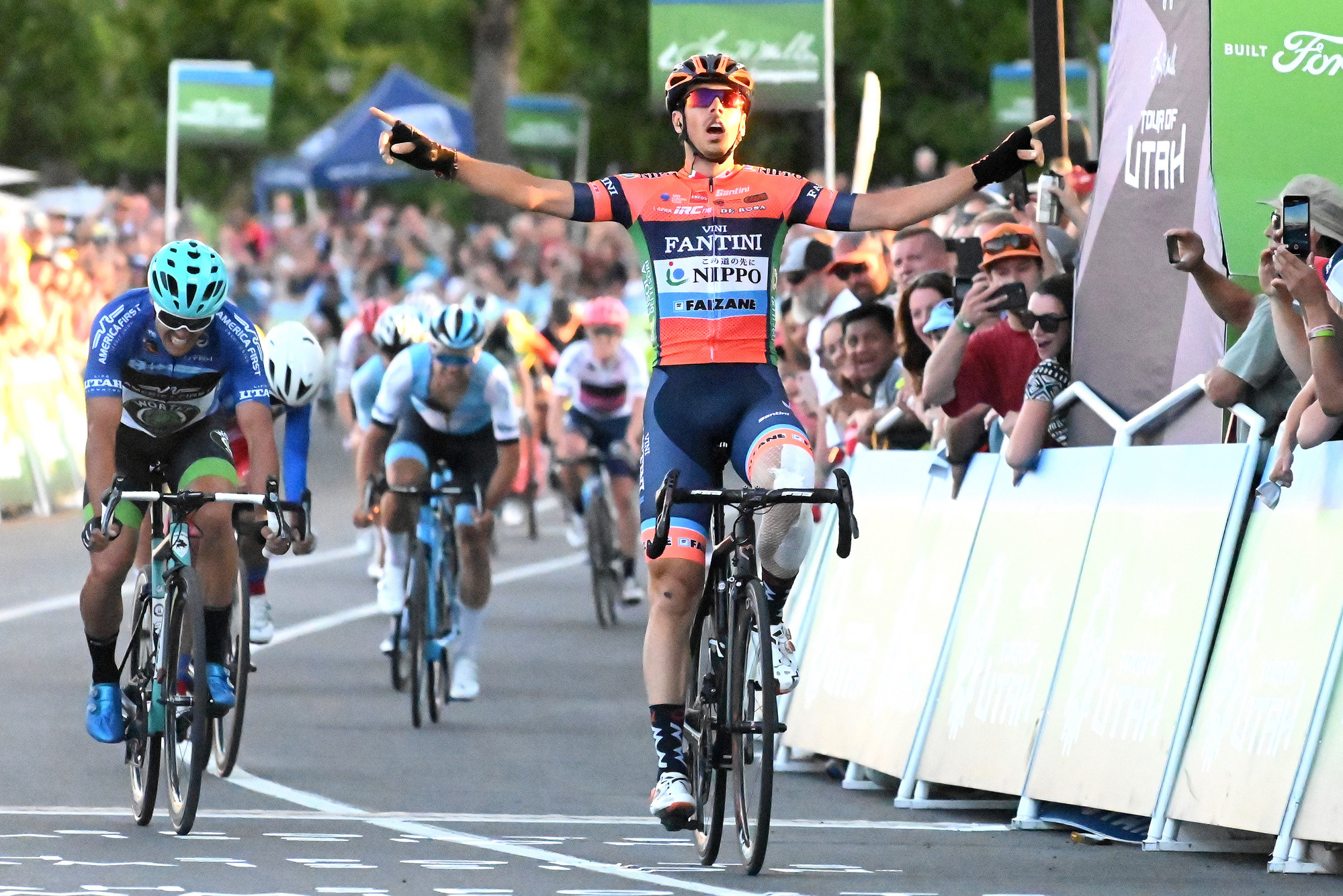 Great success of Marco Canola in the Tour of Utah, on the Salt Lake City finish-line where he had triumphed in 2017, Marco Canola grants the encore. Same road, same arrival, but completely different dynamic of race. A great team effort allowed the Italian rider to get back on the breakaway and win the narrow sprint of the day. A good revenge after the fall of the first day that could have affected the continuation of his Tour of Utah.

Salt Lake City has a new king. Marco Canola returns to success where he had already triumphed in 2017. Same road, same arrival, but a completely different race dynamic. A victory that is certainly more complex and even more desired than that of 2017, as great teamwork was needed to bring the #OrangeBlue athlete back to the group of strikers where he was then able to adjust the restricted sprint at the top of the final tear. A complicated victory also due to the disastrous fall that occurred in the first stage which also affected the athlete’s sleep in the last few days in addition to the pain in the race. But precisely for this reason an even more beautiful success sought and wanted by the whole team.
These are the words of Marco Canola after the finish line: “Yes it is really nice to come back to the victory again having that feeling where you know that you could reach a victory. The teammates helped me a lot by bringing me back on the breakaway of the day. In the final, when I realized I was in control, I limited the shots and kept myself for this atypical sprint on top of the tear. At 300 meters I also started strong for the sprint and managed to stretch and enjoy a very nice victory also because after that bad fall I didn’t expect it, I couldn’t sleep well in the evening. I had arrived with a good condition and the fall of the first day had demoralized me a lot also because it wasn’t the first of the year. But this victory is mine and our revenge that closes an unlucky period.”
For the team this is the fifth seasonal success, in addition to the two victories of Giovanni Lonardi, the victory of Filippo Zaccanti and the great success of Damiano Cima in the eighteenth stage of the Giro d’Italia. Still an Italian athlete, the most awaited in this American race among the #OrangeBlue. Two stops at the end of the Tour of Utah, while these days NIPPO Vini Fantini Faizanè is committed to the search for success also on two other fronts, the Vuelta Burgos in Spain and the Czech Cycling Tour in the Czech Republic.