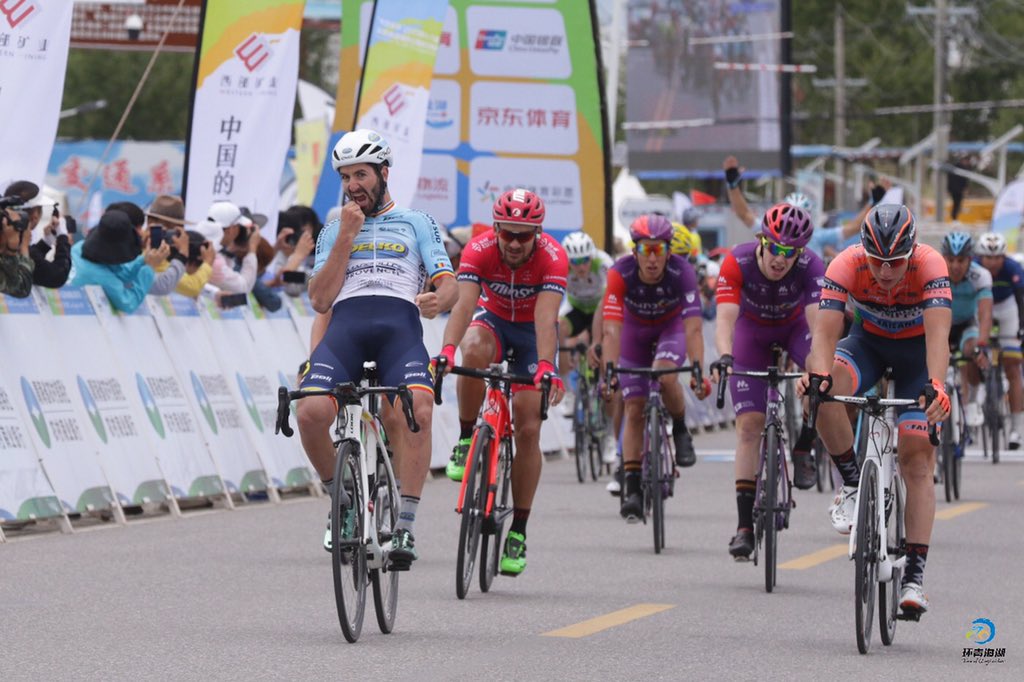 First podium in the Tour of Qinghai Lake for the young #OrangeBlue sprinter who takes the second place of the day in the sprint, in the sixth stage of the thirteen total of the Chinese race.

Bird Island, Tour of Qinghai Lake.
Sixth stage and first podium in the Tour of Qinghai Lake for the #OrangeBlue sprinter who finishes second in today stage with finish line on Bird Island.
Today’s stage of 136 km with a GPM of the day which, also due to the rainy and windy weather, has conditioned the stage by breaking the group. For the #OrangeBlue in the front group the Cima brothers resist.
The winner of stage 18 of the Tour of Italy Damiano Cima is at the disposal of his brother for the final sprint, leading him to an optimal position at the sprint of the day won by Eduard Grosu in Delko Marseille shirt, in front of Imerio Cima.
There are seven stages to the end where there will be plenty of opportunities for #OrangeBlue to try and hit an important stage victory.