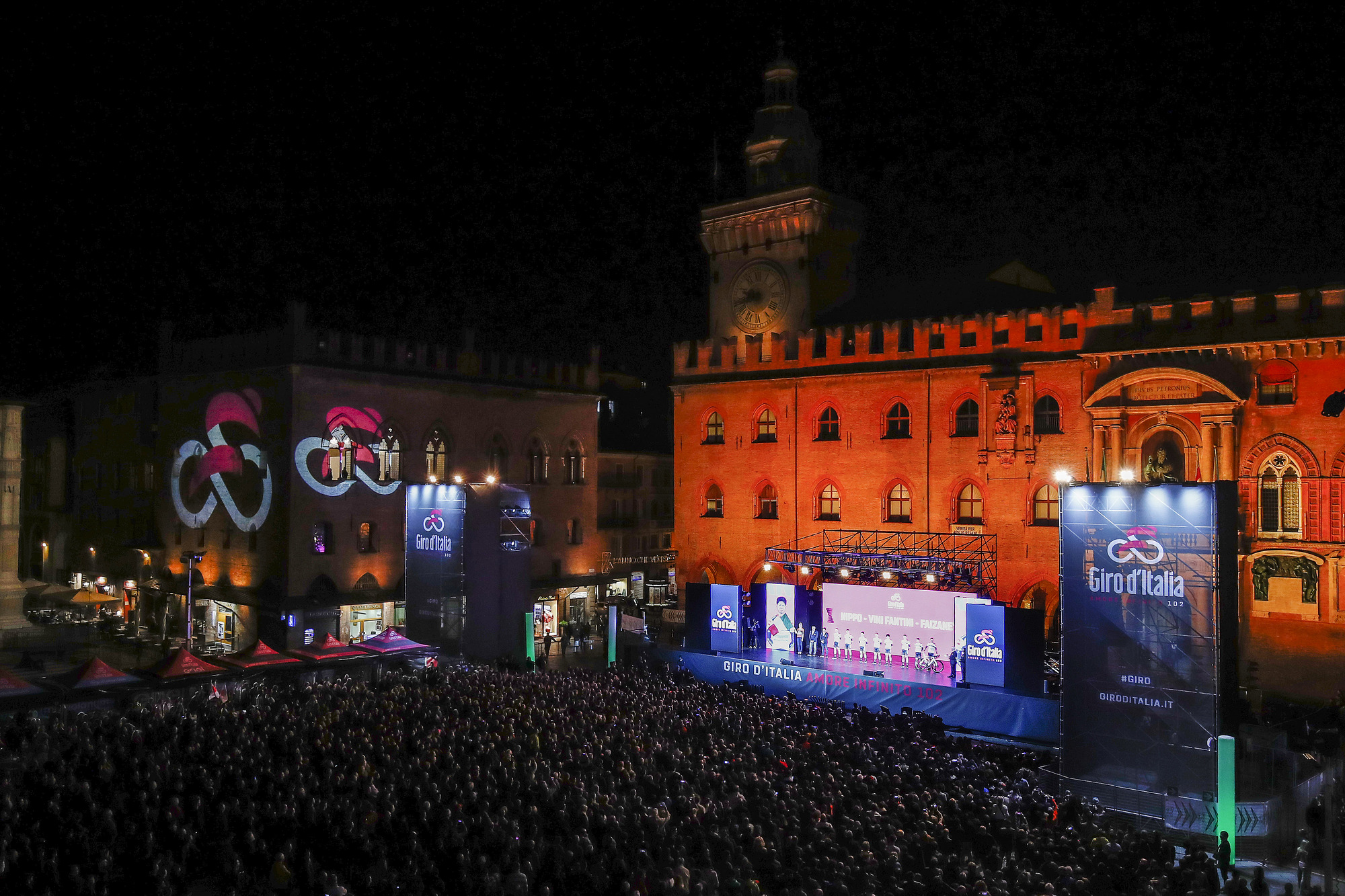 NIPPO VINI FANTINI FAIZANÈ: THE NUMBERS OF THE TEAM TO THE GIRO D’ITALIA.

1,287 km of official breakaway, 4 top10 placement, a wonderful success, the first place of Damiano Cima in the breakaway ranking and the podium of Damiano Cima in the Ciclamino jersey special ranking. The numbers do not tell the whole story of the team in Giro d’Italia but they help to provide a first clear contest of what happened in the Pink Ride.

“As NIPPO Vini Fantini Faizané we can only be proud of the Giro we made,” says the GM of the Francesco Pelosi team. “The stage victory of Damiano Cima put in evidence the work started in 2015. The professional teams have a very important role in the development of cycling, an hard role that also gives immense joys. Team professionals must give opportunities to talents neglected by the big teams, bringing them to success. What has been done with Damiano Cima is neither a perfect example. Moreover, at the Giro we saw our organizational machine work perfectly, crowning 5 years of work to build a perfect cultural-sporting bridge between Italy and Japan: athletes, staff and the Sports Directors have done their best to honor such a prestigious and important event, despite the lackluster start, where the numerous accidents in April have knocked out our climbers (Osorio, absent due to problems with one knee) as well as having compromised the performances of athletes such as Bagioli and Santaromita. Despite this, Sho Hatsuyama turned out to be the most loved outsider racer on the roads of the Giro, all the sponsors, main and not only, were present for many stops with us, demonstrating the deep bond built. The communication and visibility numbers were incredible, both on our channels and on official media, giving our partners a return on investment of 300%. In the end, therefore, full booty: 1 stage victory, 4 top10, victory in the classification of the breakways, the podium in the Ciclamino jersey ranking and the role of “damper” in 9 stages out of 18 in line, with many of our young people in light and a communication innovative social media with excellent results ”.

THE SPORTIVE NUMBERS OF THE TEAM AT GIRO D’ITALIA.

The declared goals of the team since the begin of the Giro d’Italia were a stage victory and strategy of race based on breakaways to try to surprise competitors and to give the maximum exposure to all the team sponsors. The impressive victory of Damiano Cima in stage 18 and the “king of breakaway” reward of Damiano Cima (932km of breakaway, none like him in Giro 2019) are just some of the impressive numbers. The total official breakaway km collected by the team are around 1.300, collected by Damiano Cima, Sho Hatsuyama, Ivan Santaromita, to whom should be added also the breakaway km collected by Nicola Bagioli and Marco Canola (that were in breakaways with more than 9 riders and for this reason not officially counted). In 9 of the 21 stages, that means exactly in the half of the standard stages (excluding the 3 time-trials) the NIPPO Vini Fantini Faizanè riders animated the race with breakaways. Actions with the final goal to find a stage victory, as it happened with Damiano Cima and with the good top10 reached by Marco Canola with his action.

Here the numbers in short:

Record on Facebook: 800.000 people reached in one month on the official team page and incredible numbers on related profiles. On the official Facebook page 800.000 people reach din one month with 120 post. The fans love for the team is tangible also on related profiles such as the Eurosport official page where the video of the Sports Director Alessandro Donati in the day of the Damiano Cima victory is the third most viewed of the Giro after ones of Nibali and Carapaz..

The Instagram official account registered a +15% of followers in only one month, thanks to the big number of stories realized (384 totals for an average of 20 in one day) that give to the fans the chance to live all the behind the scenes of the Giro d’Italia. Each stories has been viewed by an average of 2.000 people, but many of them even by 5.000 people for a total amount of around 800.000 people watching the team stories, that summed to the 200.000 reached by the team pictures and post make a million views in one month.

The team website has been viewed by 15.000 unique users with peaks of 1.500 users in a couple of days. The day of Damiano Cima victory, but also the day of the great solo breakaway of Sho Hatsuyama.

More than 100 news, both printed and online media, national and international has been dedicated to the team and his riders. More than 600 hundred the ones were the team appears mentioned about Giro d’Italia.

– 2 Millions the global views of the team post on the 3 official social media channels, Facebook Instagram and Twitter.
– The Damiano Cima victory and the 144km solo breakaway of Sho Hatsuyamathe top moments reached by the team.

Communicated officially by the Gazzetta dello Sport, the first official numbers of the share reached by the Giro d’Italia 2019. An average number of 2 Millions of Italians racked by Rai2 and Raisport with peaks of3,5 millions. An average share of the 27,3% on Rai, to whom also Eurosport share must be add. In brief we can say that 1 television on 3 in Italy was connected, every afternoon, to the Giro d’Italia.

The official websites of gazzetta.it and giroditalia.it have registered 86 millions of page views in one month, to confirm that cycling is the most followed event in Italy.

– 2 Millions of tv spectators every day.
– 1 Television on 3, every day, switched on the Giro d’Italia.